Bowyer on PSA test at tomorrow's game: "I think probably the best decision you’ll make this year is to go and have that done.” 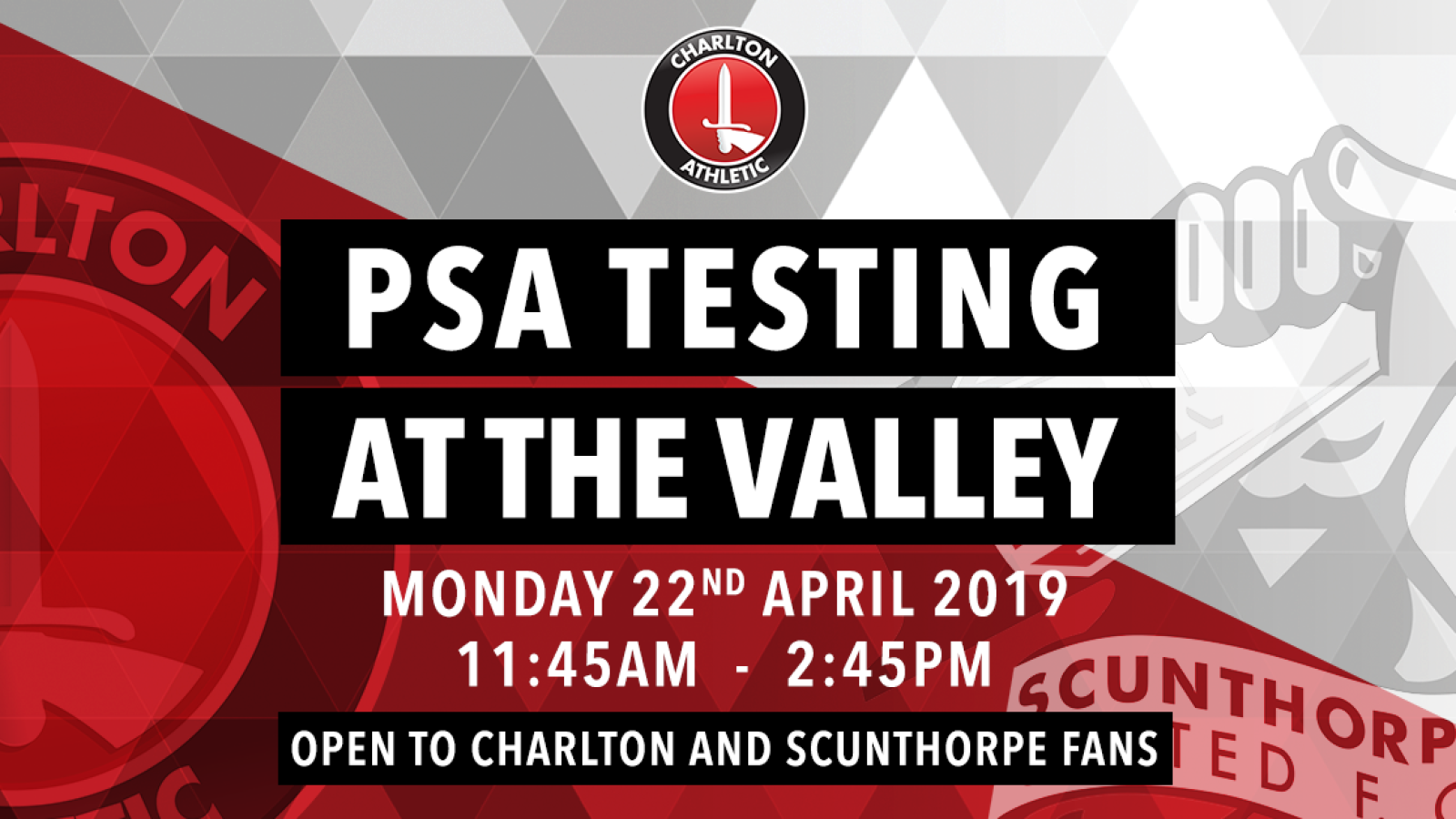 Lee Bowyer got a PSA blood test before his first game in charge of the Addicks last season and he will be doing the same thing tomorrow ahead of the visit of Scunthorpe United.

This season is the second year in a row the Barry Kilby Prostate Cancer Appeal are offering PSA blood tests on a Charlton matchday and Bowyer has spoken about the importance of getting a PSA test done, ahead of Men’s Health Awareness Day at The Valley tomorrow.

Fans from both Charlton and Scunthorpe United can have a PSA Blood Test at the stadium from 11.45am-2.45pm in the Fans’ Bar.

Bowyer said: “Obviously, it’s good to get the test, because you never know until you’ve had it. It’s worth just taking a few minutes to get it done because you just never know and it’s something that could just creep up on you.

“For your own health, I think probably the best decision you’ll make this year is to go and have that done.”

Those having a test, which is aimed at men over the age of 45, will be asked for a minimum £5 donation. The Barry Kilby Prostate Cancer Appeal will fund the remainder of the tests’ costs.

The manager said: “I’ll be popping along again. I went last year, and I was OK thankfully, but whenever it’s around I’m definitely going to take the time out to go and get myself tested like everyone else does I hope, because it’s something that just creeps up on people.”

The PSA test is a blood test that can help diagnose prostate problems, including prostate cancer – the most common cancer in men in the UK. You can find out more information at: www.the-bkpca.com.

Charlton legends Bob Bolder, Jason Euell, Carl Leaburn and Chris Powell will also be getting tested ahead of tomorrow's game.

Watch below to see what Chris Powell had to say.