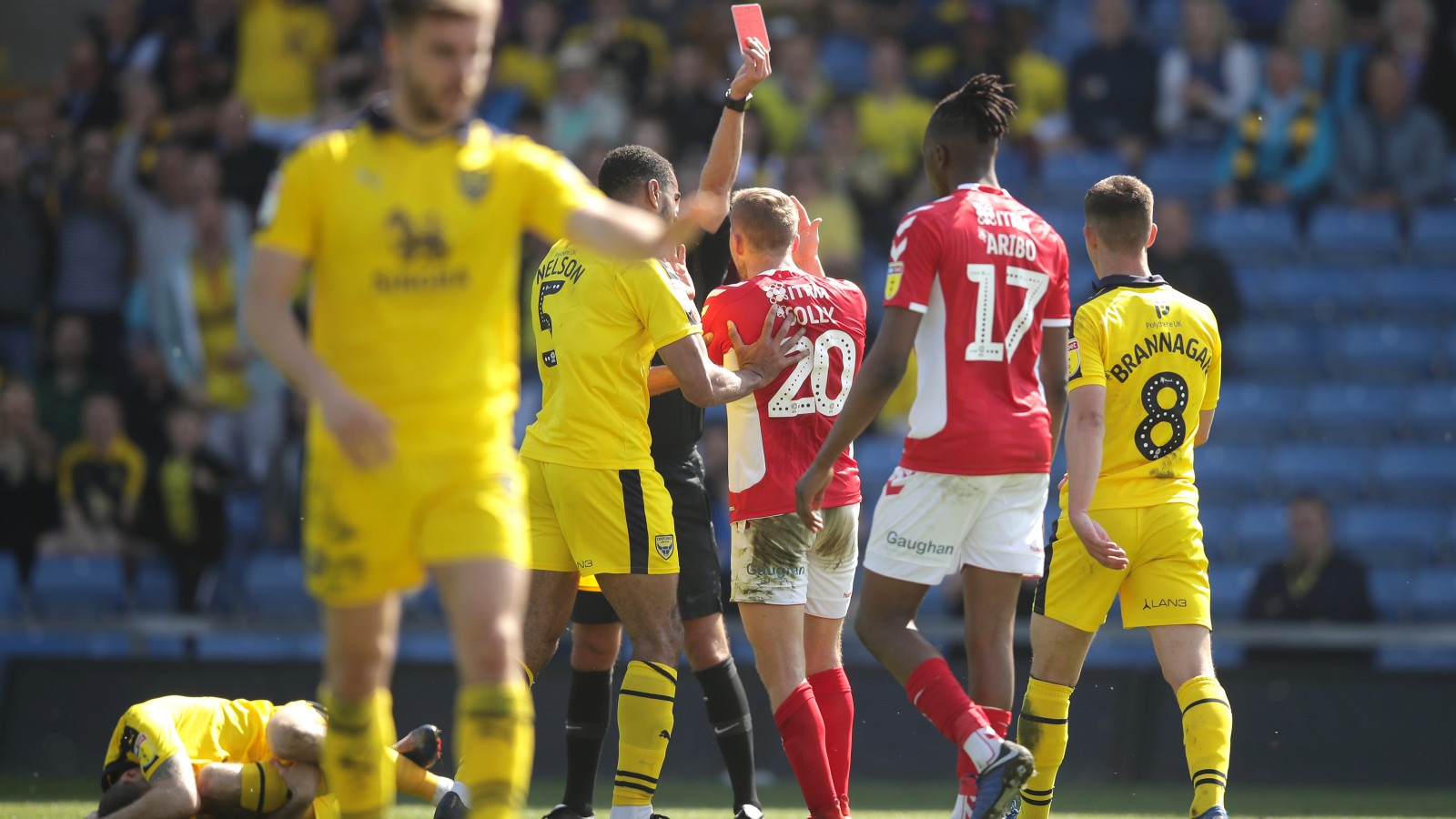 At a meeting of a FA Regulatory Commission held yesterday, the members considered the club’s claim of wrongful dismissal in relation to Chris Solly’s sending off against Oxford United on Friday.

From the evidence adduced, the members ruled that it was not a case of wrongful dismissal and Solly will have to serve an immediate ban.

As Solly has already received a red card this season, away to Barnsley in December, he will serve a four-game ban.

He is therefore set to miss the remainder of the regular season and the first game of the play-offs should Charlton not secure automatic promotion.

Solly received his marching orders in the 73rd minute of Friday’s clash at Oxford for a foul on Jamie Mackie.

Speaking after the game Charlton boss Lee Bowyer said: “I don’t know if it hit their guy’s arm (in the penalty area), it looked like it for me. Chris’s natural reaction was to try and win the ball back and I don’t think it was a red card, I think it was a yellow.”