Joe Aribo on his goal celebrations 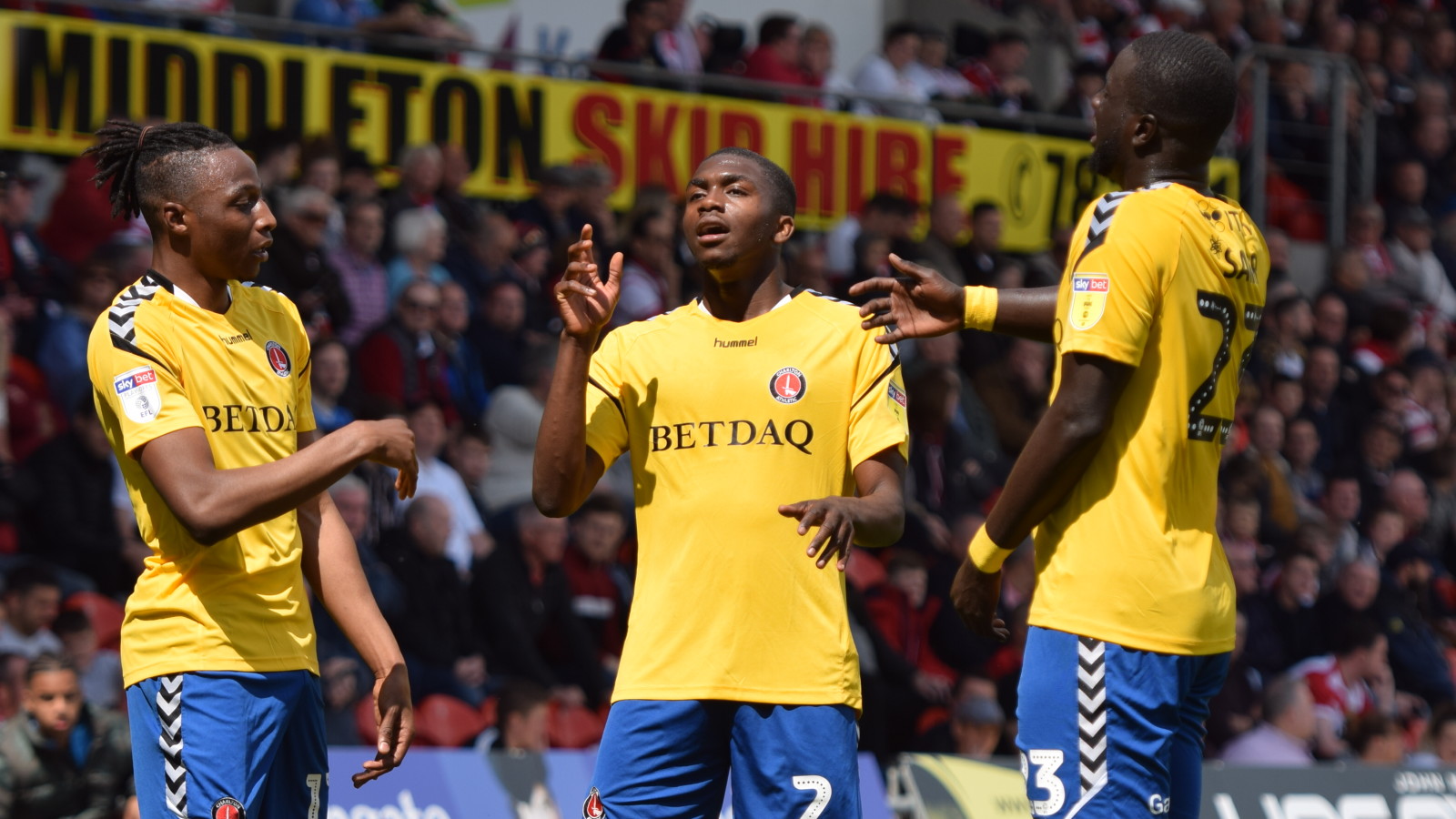 Joe Aribo scored his fourth goal in as many games when he doubled the Addicks’ lead during Sunday’s 2-1 victory over Doncaster Rovers in the first leg of the play-off semi-final, and we caught up with him to speak about his celebration.

He explained: “It’s called ‘the wall’, but me, Naby [Sarr] and Anfernee [Dijksteel] just thought about doing something and then that’s what we thought of because we’ve been seeing it a lot on social media.”

It’s not the first time that Aribo has shown that his dancefloor form is as good as his on pitch form and each goal brings new moves.

"I feel like when you score you’ve just got to in a way let yourself go and that lets you enjoy the goal a little bit more.”

And speaking on his current form in front of goal, Aribo is clearly ecstatic.

He said with a smile: “Four goals in four. Loving it!”