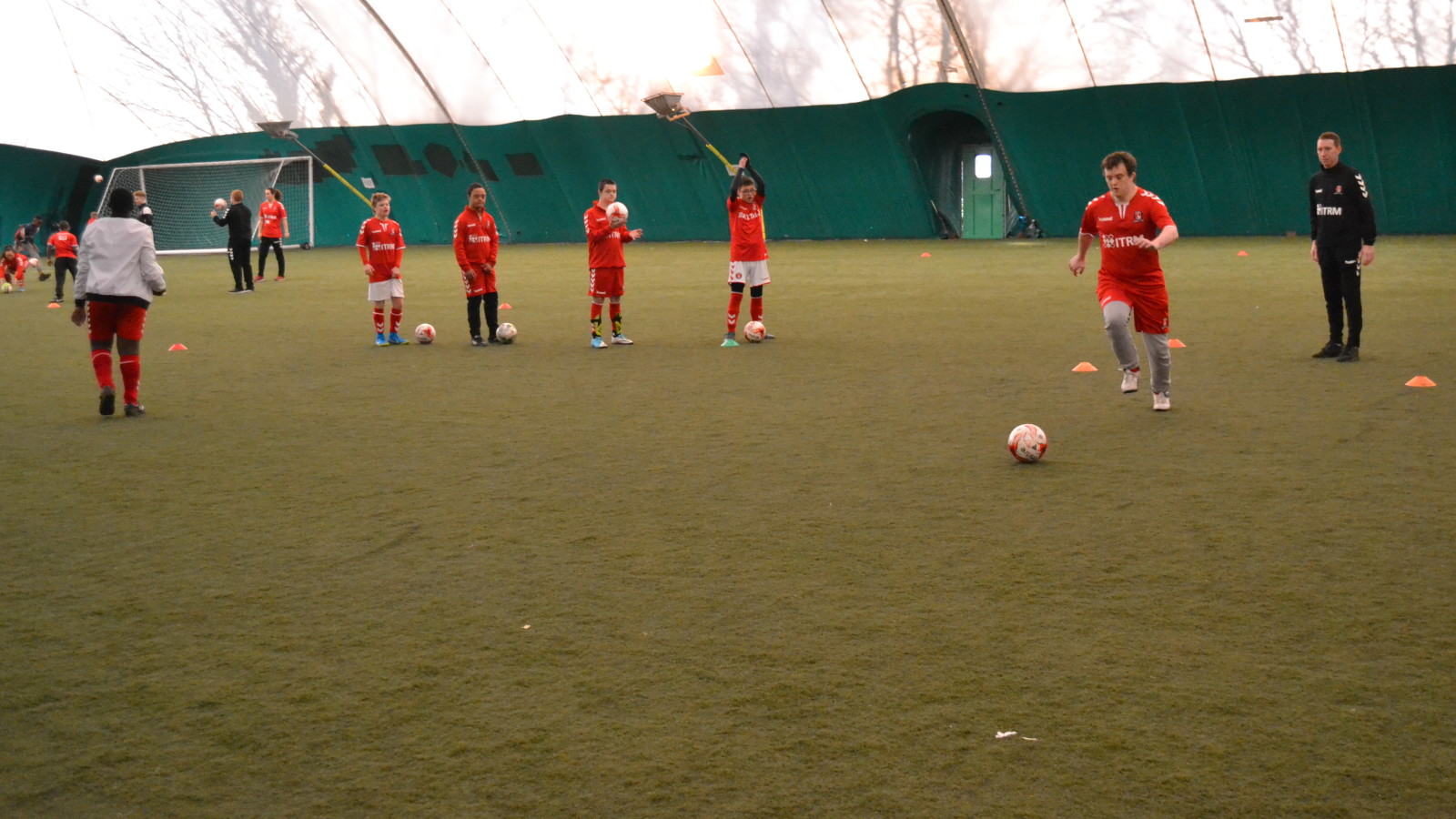 14 Upbeats will be travelling to Birmingham this weekend looking to claim their ninth Down’s syndrome (DS) Active National Tournament title.

Run by the Charlton Athletic Community Trust (CACT), the Down’s syndrome team have an astonishing record on the national stage, winning the tournament seven years in a row and eight times in total.

Charlton Athletic’s first-team clinched promotion in dramatic fashion on Sunday 26 May, and the Upbeats were at Wembley to witness it.

William Cottrell, one of the Upbeats set to take part on Sunday, said:

“Watching the first-team at Wembley two weeks ago has inspired us and we hope to be able to give Charlton fans more reason for celebrations this weekend.

“I am looking forward to travelling to Birmingham again with my Upbeats teammates. As defending champions, we are confident but of course we know there are strong teams there who are looking to stop us from successfully bringing the cup home again.”

William has been involved in the Upbeats since the project started. Last year’s tournament was the first one he missed, and coaches say he adds a “massive presence”.

Two Upbeats teams will be taking part in the event at PlayFootball Birmingham this year. As well as giving participants the opportunity to play competitive football at a high level, the programme has influenced the outlook and aspirations of the Upbeats and strengthened bonds and relationships between participants and their families.

“The Upbeats have racked up eight national titles in the nine years of the event such has been their dominance.

“While it’s true to say that the Upbeats have dominated thus far, the standard of football has improved notably each year and 2018 saw the toughest defence yet for the Upbeats, narrowly seeing off Merseyside United in a thrilling final.”

“Charlton fans have been invested in the Upbeats project since its inception, and the funds raised have enabled CACT to resource the project in a way which has led to success both on and off the pitch. More than 200 supporters took place in this year’s Upbeats Walk, raising over £24,000 for the project.

“We hope fans will follow their progress this Sunday as the boys aim to bring yet another trophy back to SE7”, he added.

Teams from across the UK will be taking part and the tournament promises to be a real challenge for the Upbeats. Victory once again would cap a fantastic few weeks for the Upbeats, who were ecstatic to see the first-team – many of whom they’ve got to know during the season – beat Sunderland in unbelievable fashion.