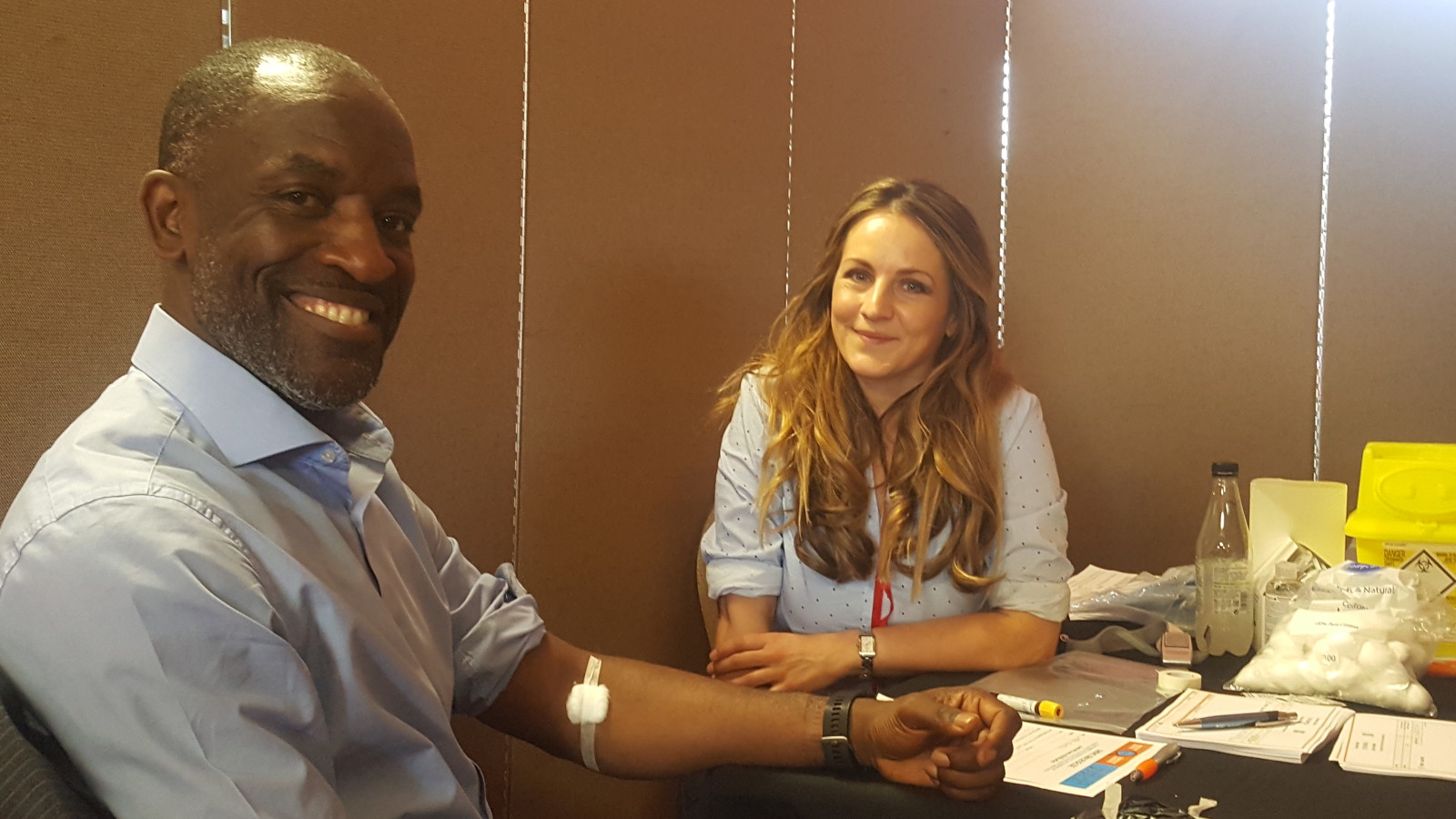 Prior to the Game at The Valley on Monday, April 22nd, Charlton Athletic offered supporters the chance to be PSA tested before kick off. 273 people undertook the test. The tests were undertaken by the Barry Kilby Prostate Cancer Appeal.

The PSA test is a blood test that can help diagnose prostate problems, including prostate cancer – the most common cancer in men in the UK. You can find out more information here:- www.the-bkpca.com

Among the participants on the day was Charlton legend Chris Powell, who gave his thoughts on the importance of events like PSA testing.

"Obviously like many Charlton supporters I’ve been PSA tested. I’ve been an ambassador for almost 6-7 years now and it’s something that’s close to my heart. I thought I’d lend some support, I’m free at the minute so I’m not only here to watch the game I’m here to get tested like plenty of men should do.

Most men don’t like going to the doctors or dealing with health issues. It’s something we should do, women have always been better at it. As men we need to encourage each other to be tested and so that’s one of the reasons why I’m here".

Chris Powell admitted that he's not a fan of needles but reiterated the importance of being tested.

"I’m not a fan of needles, I never have been! But you know what, it has to be done. I tend to get tested on my birthday so that’s sort of my way to remember to do it once a year, so I’m doing it a little bit earlier this year, which is fine! But I’m still going to be testing myself each year.

I encourage members of my family and my friends to get tested and I encourage anyone watching this, just to maybe nudge a member of their family or a friend or even a colleague at work to get tested."

Also at the event was Tracey Leaburn who holds the cause close to her heart.

"my dad passed away from prostate cancer, I don’t feel as though men go to the doctors [enough] or if they do go to get a PSA test sometimes they’re not being encouraged to have It done. Men do come to football though so were bringing the test to them!

Leaburn was happy with how the event unfolded and detailed the good attitude and words of encouragement participants exchanged with each-other during the testing.

"It’s been unbelievable. I’ve been in tears, I met a lady outside who said that her brother had passed away at 48, he was diagnosed at 47 but it was too late for him.

There’s so many people shaking hands and saying well done and it just shows what it means to everybody and I cant thank people enough for coming along and supporting it."