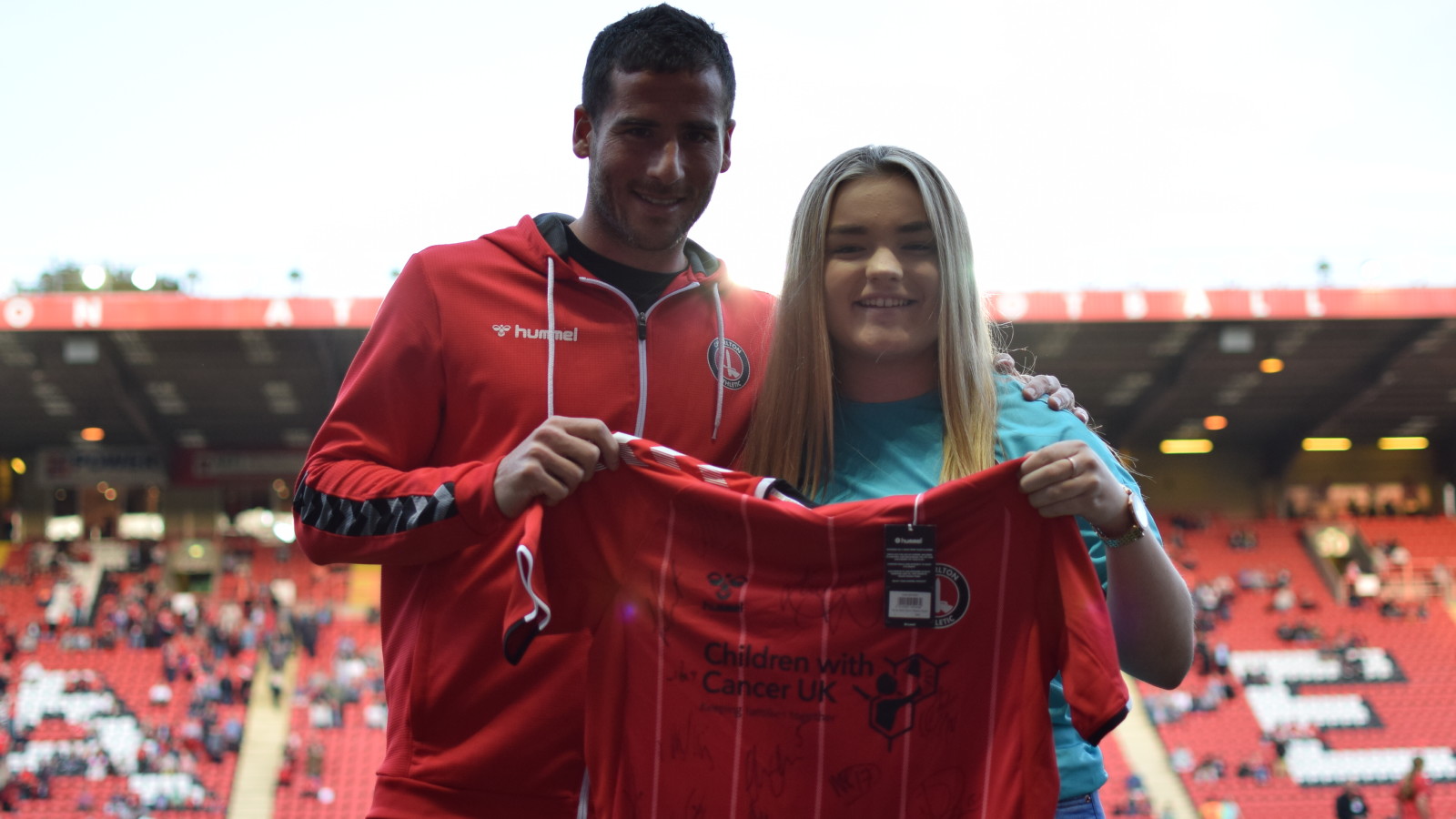 The #PrideOfTheValley campaign launched last season to reward the most dedicated Charlton fans. Each home league game, a fan is selected to win the award and the individual is presented with a signed shirt.

Last Wednesday Charlton fan Millie Edmundson has been nominated. At 15-years-old Millie has become a mini-Charlton celebrity after setting up popular Addicks Instagram account CAFCMedia, which has nearly 6,000 followers. She travels up and down the country following the team and her matchday vlogs on YouTube are becoming increasingly popular amongst the Charlton fanbase.

We asked her for some of her Charlton memories…

My first game at The Valley: was when we played Hartlepool. It was the game that we got promoted to the Championship. Seeing The Valley packed was unbelievable. I went with my two brothers, mum, dad, grandad and nan.

My first away game: was Southend on Boxing Day three seasons ago. I had obviously been going to lots of home games then kind of thought why not travel to see the boys play. Again, my brother and my grandad went on Boxing Day, it was freezing cold and raining at one point. We lost 2-1 last minute!

On the 25th May 1998: I wasn’t actually born! My grandad always reminds me of the moment Sasa Illic saved the penalty and tells me whole story of him going to the after party with the players. He says that they were all so tired and lost their adrenaline so they went to bed not long after the after party started!

On the 26th May 2019: I was at Wembley of course! Words can’t actually describe my emotion or even the fans emotion that day. The atmosphere was already building up at 12 in the afternoon with all the fans singing ALLEZ ALLEZ ALLEZ at the local pubs and in the fan park. All season was a rollercoaster of highs and lows and for the way it ended was the cherry on top. The game started so badly and I said “what happened?” as I didn’t see the own goal, I was moving out of the way for a fan to get to his seat. I felt my heart beating and just thought to myself ‘we have lost this game’ and poor Naby and Dills would’ve felt awful! As soon as Lyle Taylor put the cross in to reach Ben Purrington I cheered before the goal went in because it was so obvious that they would score! I stood on my top of my seat and just looked at the rest of the fans to try to encourage them that we have got this in the bag! Half time, everyone calmed down and it was time to focus and be the 12th man. In my opinion, second half we were on top just constantly attacking. Jonny Williams came on and changed the tempo of the game and really got the fans going. As we got into 90th minute I go onto my stopwatch app and watched the clock go. Josh Parker had a chance just before the goal and I remember saying to my mum ‘you watch mum, we will score right at the end and this place will erupt!’. Josh Cullen digs the cross out and at that moment I see Patrick Bauer running in back post and goes and gets the winner! I ran to the stairs and you just see fan after fan tumbling down. The final whistle goes and the feeling was the best feeling of my life. Lee Bowyer and his team are just incredible and they have such a big impact on the fans.

The best game I have seen (excluding play-off finals): is a tough one... I would say last season Accrington Stanley at The Valley. I remember all of it. The highs and lows in that game was mad. It was a typical League One game. The drama near the final whistle with Lyle Taylor getting sent off and the fans going into panic mode because we wouldn’t have our striker in the next three games.

My favourite player is: If you have been watching my videos and posts then this is a pretty obvious one! It has to be Lyle Taylor. His hair is the best thing ever! Lyle is like a fairytale player. Charlton got him from AFC Wimbledon, he came and I remember watching him pre-season and thinking that he would make such a difference to the squad. From day one he was committed to the club and showed what he was about. The fans are constantly coming up with new songs for him and he really is in their hearts. He is a very humble player, especially over the last few weeks with all the speculation, the way he handled it on the football pitch was very professional. I’m sure as long as he is wearing the red Charlton kit he will give it his best every game. He is a big inspiration to many of the young fans here aswell.

My favourite Charlton kit: I would say last season’s yellow third kit. It was my lucky kit all season. I didn’t lose in it all season. I bought it in October after Coventry at home. Then that was when The Valley started to become a fortress!

The best part of being a Charlton fan: for me it is literally like a big family, the atmosphere is amazing and I feel safe here. It’s all generations, you have families attending week in, week out. There’s regulars that you see every game. I go into every game believing in the management and believing that the players that Lee will put out will give their all. I believe we can win every game. Love a bit of optimism me!

The player of the season will be: Darren Pratley, I think. His experience will be crucial this season and he certainly isn’t afraid to tackle!