Bowyer on draw with Birmingham, an impressive Gilbey performance and Doughty's goal 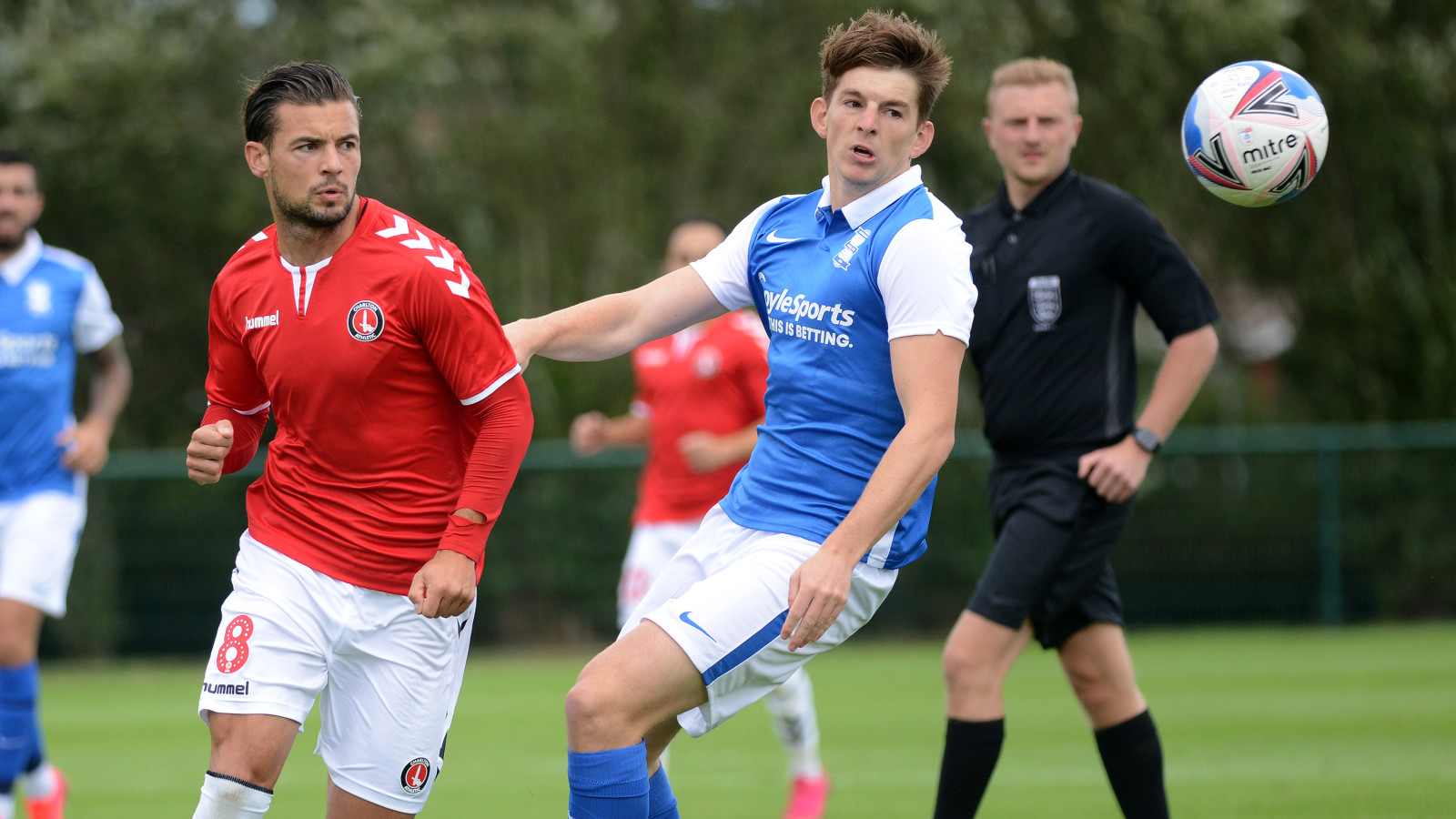 Lee Bowyer was pleased to see his side get competitive minutes into their legs in Charlton’s opening pre-season friendly away to Birmingham City.

The Addicks, playing in a training kit, scored a brilliant team goal to take a 22nd minute lead through Alfie Doughty before the Championship side equalised with the last kick of the first half when Caolan Boyd-Munce found the net.

Bowyer played a different XI for the two halves as Charlton came away with the 1-1 draw. He said: “The most important thing is getting through the game with no injuries and 45 minutes, a bit of fitness for the team, it was a good runout.

“We tried something different today and taking into account we’ve only been back a few days, there was a lot of positives to come from today. New movements, receiving the ball in different areas, so there were a lot of positives. Obviously the odd thing we need to work on which is natural. The players looked in good shape, so I’m really pleased for the first game.”

Charlton’s opening goal was a spectacular team passing move that started at the back and ended with George Lapslie crossing from the right for Doughty to poke home just inside the six-yard box.

Bowyer was particularly pleased with the movement in the goal. “We were patient at the back,” he explained, “and then moved the ball through midfield, worked it out wide and there was a good run from George, a good cross, these are all things we’ve been working on the last few days.

"To see it come off is good, taking into account it is three days and we’ve not played like that before, that formation. You are asking them to different things and when they do score from it, it is nice to see from the side and it will give them confidence in thinking ‘this is good’.

"It isn’t always going to work and we have to keep adapting and that’s what we have to do. It was a good goal. We nearly scored another one, quite similar to it after, Alfie was unlucky not to score. It was a nice goal, obviously the one we conceded wasn’t very nice. The most important thing is that we got a good 45 [minutes] into them.”

The Charlton Manager was reluctant to name a standout player but did praise the work of debutant Alex Gilbey. He said: “If you really pushed me I would say Gilbey, some of the positions he was receiving the ball [were good], he caused them a lot of problems at times. He did well today.”

Attention remains on the Addicks league opener away to Crewe Alexandra on September 12th. Bowyer said: “Birmingham were a challenging side, they’ve been back a week longer than us. We have to keep working hard on all the things we want to do positively. We’ll do that when we are back on Monday, this is all practice for that first game.”