Bowyer: "It was entertaining for the neutral and for the owner, I hope he enjoyed it" 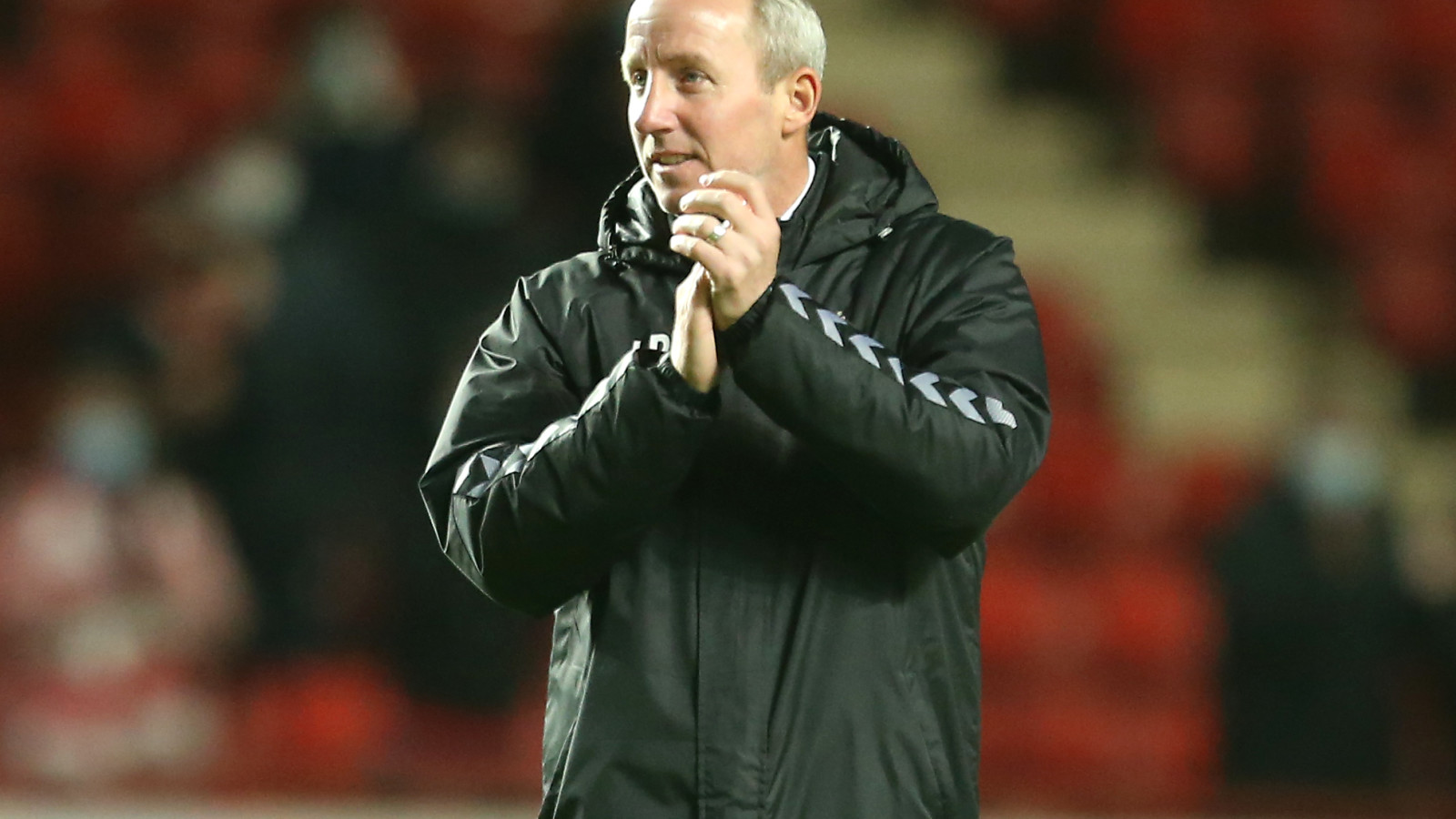 Lee Bowyer was pleased to see his side bounce back from 2-1 down to beat AFC Wimbledon 5-2 at The Valley.

The Addicks' early lead was wiped off before half-time and Charlton saw themselves behind going into the break. However, the second half saw a complete turnaround, including three goals from substitutes Jonny Williams, Chuks Aneke and Ben Purrington.

Speaking to the press the Charlton manager said: “It was entertaining for the neutral and for the owner, I hope he enjoyed it. We controlled large parts of the game and we were a side on the front foot. We made a lot of chances and today we took care of that final pass around the box which we haven’t always done, so I’m happy.

“I thought we were very good from start to finish apart from a five minute lapse of concentration and they scored two goals from nowhere. The first 40 minutes was the most comfortable I felt this season.

“At half-time I told them there was no need to panic, we will score and go on to win the game if we keep playing the way that we were. It was all calm in the dressing room at half-time. There’s no need to start ranting and raving and judging the players on the last five minutes when we played well in the first 40. Our positive energy as coaches will rub off on them. They know that the lapse in concentration cost us but they also know how good we were in the first 40. They believe in themselves and in our work on the training pitch. We scored some good goals, from stuff that we’ve worked on in mid-week so it’s pleasing for us as coaches.”

The 53rd minute saw Lee Bowyer make an inspired double substitution, with Williams and Aneke entering the game. This change was a key factor in the second-half turnaround, with both getting on the scoresheet.

When asked about his reasoning for the substitutions, Lee Bowyer said: “I just wanted to bring more energy. I know Jonny can do that and I have to give him credit today as there were some harsh words about him last week. There’s praise for him this week. We know what we can do, he got in the box and scored. Aneke, people can’t handle him. Off the bench when defenders are tired, he’s fast and physical and they can't handle him.”

Bowyer went on to explain his tactical alterations in the second half. He said: “We moved the ball slightly quicker in the second half. There were small margins. For example, Ben Amos’ passing out was faster. From back to front we got quicker and shifted them over to one side and then hit them down the other. We tidied up on a few things.”

The manager was full of praise for Williams’ fellow midfielders Jake Forster-Caskey and Marcus Maddison, who have worked hard in training to improve.

“Jake was the one that took to my coaching when I first came in, getting into the box and scoring. That’s what I tell him and he knows things drop like they did today and he scores. I’m pleased for him, he’s just back from injury and doing so well.” he said.

“I have to say well done to Maddison as well. I’ve never seen him work as hard for the team as he did today, out of possession he closed people down and we all know his quality in possession but his work rate was fantastic today. If you want to play in this team, you have to work hard off the ball as well. If I can get him working hard out of possession with the natural ability he has he can become a really exciting team player. I’m harsh on these players so that they work hard to get better.”

As well as being full of praise for his players, the Addick’s manager dedicated the result to The Valley faithful, who showed excellent support throughout.

Bowyer said: “The atmosphere was outstanding. The team performed well and so did the fans. As a group we performed together. They recognised when the players needed a ‘pick me up’ and they gave it to us. I love it here and I hope they enjoyed that performance as much as I did.

"I want to thank them for their patience today, we had to pass from side to side at times and they were patient. So thank you.”