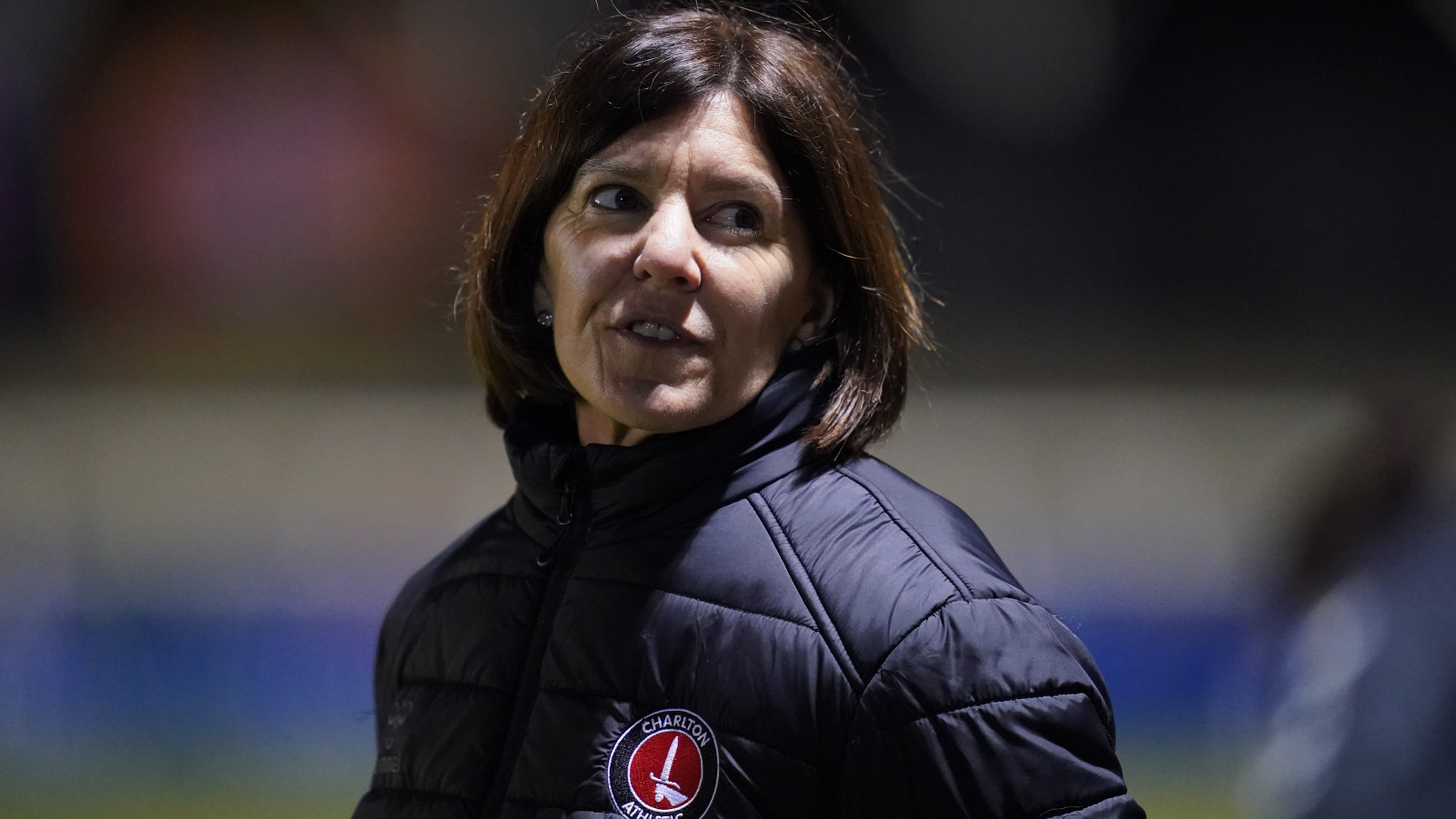 Charlton Women concluded their 2020-21 campaign in style, reaching the quarter-finals of the Vitality Women’s FA Cup with a 1-0 triumph over Blackburn Rovers on Sunday afternoon.

Jess King calmly steered past goalkeeper Alex Brooks on 78 minutes with what proved to be the game’s solitary goal in Lancashire.

Head Coach Karen Hills said: “I’m really pleased for the girls, really pleased for the club. They’ve worked so hard today. It was a tough game and they pushed us all the way. It took a bit of quality in the finish from Jess [King] with some great build-up play. Overall we’re really happy and I couldn’t be more proud of the girls and everyone that’s involved with Charlton Women.”

Riteesh Mishra spoke of his pride in securing Charlton’s place among the competition’s final eight, while also reflecting on the club’s transitional period.

“I think certainly since Christmas we’ve brought in players who have helped improve the quality,” says Mishra. “I think that’s what was needed to help bring some new energy and life to the club. We’ve been through 12 to 18 months of real transition during a lockdown and really difficult circumstances. I wouldn’t have wanted to go through it with another group of players. Honestly, they’re all fantastic. They’ve got brilliant characters, they represent the club so well and I’m so pleased for every player and every staff member who’s been through that journey with us.

“It’s been a real tough period where we’ve been bottom of the league, we’ve not had a lot of luck of times but these players have fought through it. They’re a young group. Not only have they got the club to a quarter-final of the FA Cup, they’ve also just helped their own reputation as players and I think they’ve improved as people. Today is nothing more than we deserve.

“Maybe 12 months ago we didn’t quite get the luck that we got today but sometimes you make your own luck and I think the characters we’ve got in this group showed that today. We’re all super proud of them; I think everyone at home who couldn’t be here today should also be proud of how they represented the club.”

Coach Kim Dixson was thrilled by the manner in which the Addicks have completed this season and is relishing the quarter-finals, to be played in September.

“I think how we’ve finished this season has been really, really good. The performances and the points we’ve picked up have been really good. I think we’ve used a lot of players in the last few games as well so it just shows the strength that we’ve got in the squad. Today, they all wanted to get through to the next round and it was important to them so on to the quarter-finals next year.”