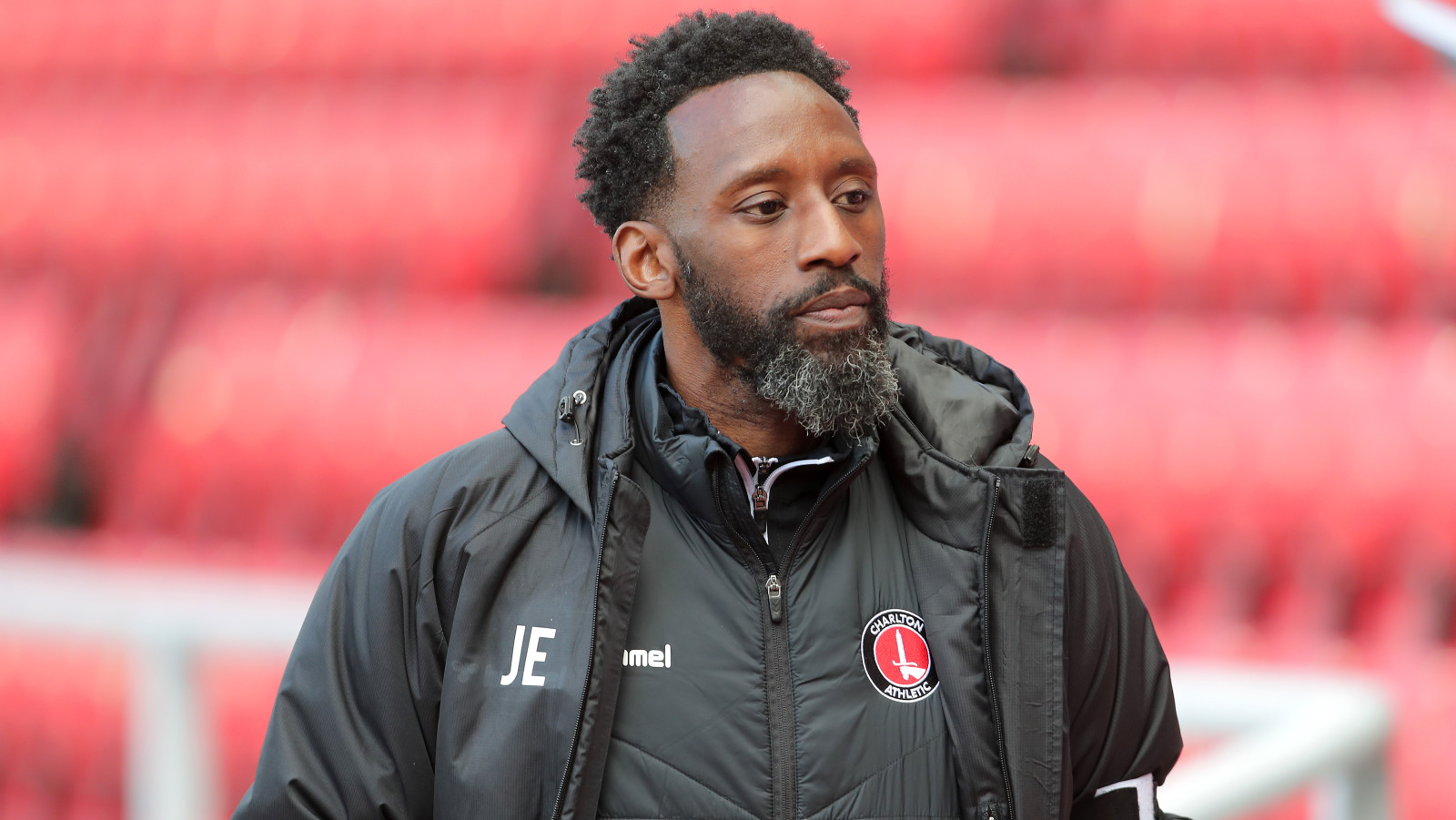 Charlton legend Jason Euell shared his pride at being voted into the club’s Hall of Fame as part of the class of 2021.

The former Addicks forward and current First-Team Coach joined Bert Turner and Johnny Summers in this year’s poll, beating fellow Charlton greats John Humphrey and Yann Kermorgant in being inducted into the Hall of Fame.

And the honour of his name appearing alongside other club legends such as Sam Bartram, Keith Peacock, Derek Hales and Mark Kinsella is something Euell is incredibly proud of.

“It hasn’t really sunk in yet in terms of what it actually means. Yes, people know and are aware of the clubs you played for and what you did or didn’t do for them, but to be recognised in that way and for people to call me a legend, that hasn’t sunk in and I appreciate it 110%.

“I want to say a massive thank you to all those who voted for me to be recognised alongside so many other Charlton greats,” continued Euell.

“Whoever you’re going up against in a vote like that, they’re always going to people who have caught the eye of supporters over the years in their own right. So, to even be a part of that, is something I can be very proud of.”

This summer marks 20 years since Euell first arrived at The Valley for a club-record fee from Wimbledon.

After two separate spells as a player, racking up 171 appearances, the Hall of Famer began coaching the club’s younger age groups in the academy in 2012 and has worked his way up through the ranks since.

And Euell’s long-term association with the club comes down to what he calls the ‘family feel’.

“There’s an ongoing joke that we’ve always had with Chris Powell – George Cooper, our old physio, used to say that he’s ‘like a turd that won’t flush!’” he joked.

“Powelly has obviously been away and come back more than I have, but I’ve said it many times – not only Charlton, but Wimbledon as well, have been a massive part of my life.

“I was at Wimbledon for 12 years and I think it’s 15 years in total that I’ve been at Charlton. That’s a long time in football terms, but that’s also a quarter of my life being associated to one football club.

“When I moved from Wimbledon to Charlton, I knew I was going from one family-orientated club to another and that’s what it’s always been like.

“Yes, we’ve had our ups and downs as a club, but it’s always had that family feel which is why I have this long-term association here.”

“I’ve got those qualifications now and I’m going up the ladder in terms of the pathway of where I want to get to. Now we’re at a turning point of new beginnings and I’m a part of that so I want to be successful in doing that as well.

“It’s a really good time to be involved at Charlton and I want to see us carry on from how we finished in this season just gone.”