Stockley: "Sometimes you get that bond with the fans, and I got that even though they weren’t there!" 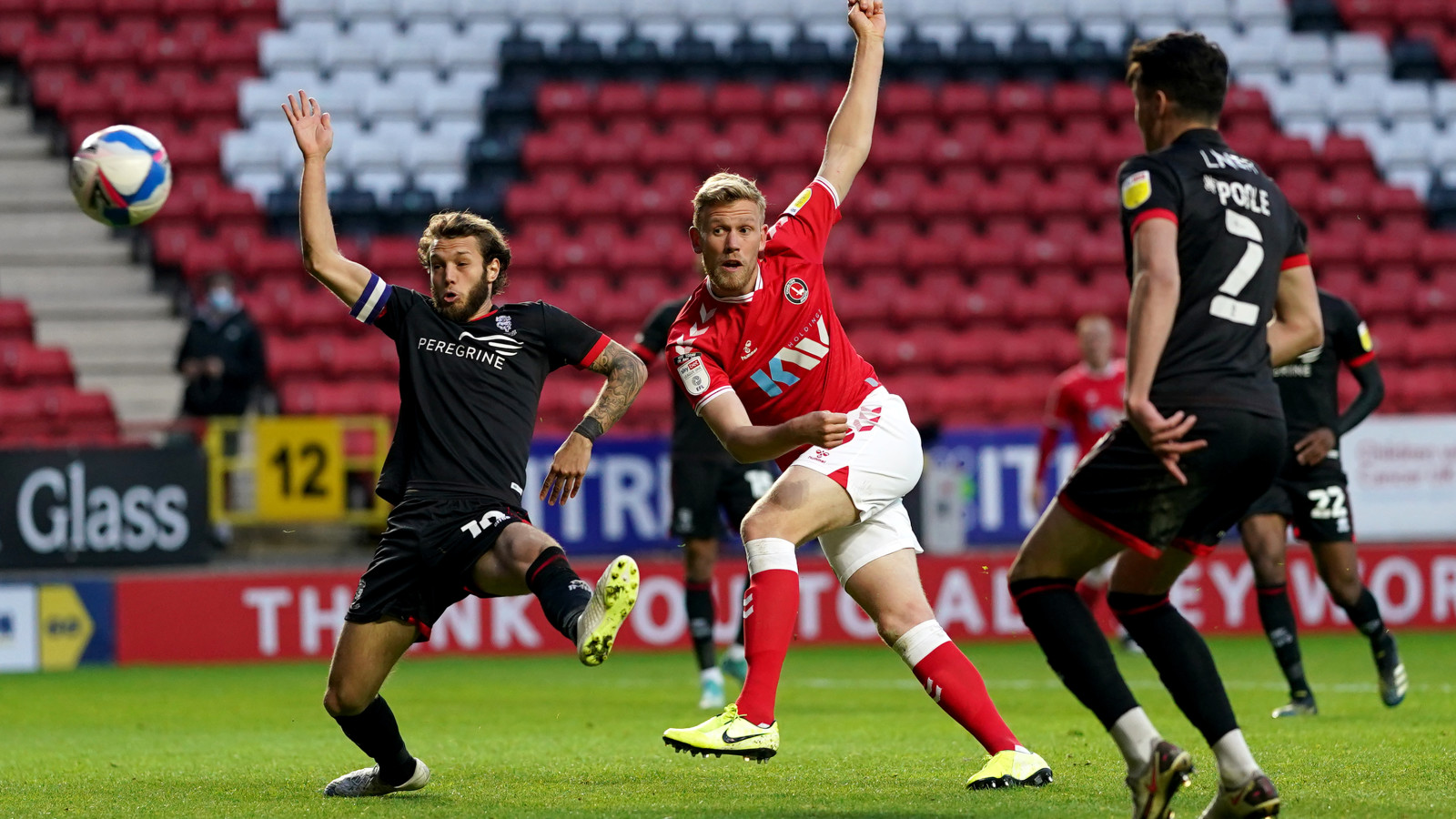 Jayden Stockley is poised to build on what was an exceptional loan spell in the second half of last season after joining the Addicks permanently from Preston North End on a three-year deal on Tuesday afternoon.

Stockley has already engineered a fantastic connection with Charlton supporters, in no small part due to the striker’s clinical form in front of goal, and the 27-year-old is relishing the prospect of playing in front of The Valley faithful.

“It’s an honour,” revealed Stockley. “Even though I was on loan for a few months, I felt as though I was a Charlton player. I know so many things can happen but my goal when I went down was to become a Charlton player permanently, so from that point of view it is mission complete. But just immense pride really, the fact that I actually get a chance to play in front of the fans.

“Sometimes you get that bond with the fans, and I got that even though they weren’t there. It almost goes beyond football. Just having the chance to experience each other. I want to give everything I can to the team. I want to build on the platform that I’ve already put down at the club in the games that I’ve played so far. You can never take it for granted once you feel a good fit at a club.

“I’ve seen the season tickets go up and up - I’ve been keeping an eye on it. It’s great to have those core fans that are there every single week. The fans have such a big say when they turn up to home games and one thing we do want to build on this season is making The Valley somewhere that is formidable for opponents to come. It’s going to be so important next season that the relationships between the players and the fans are really close. Even though the fans haven’t been in for the six months I was there, I feel there’s a togetherness within the club now that can drive us forward.”

CharltonTV subscribers can watch the full interview with Jayden Stockley below. Click here to subscribe to CharltonTV.

Stockley was integral to the Addicks’ strong conclusion to the League One campaign under Nigel Adkins as the side’s focal point, with the frontman now eager to build on the foundations that have already been laid ahead of next season.

“Nigel probably knew from my attitude and the way I spoke that I didn’t just see this as a loan spell,” admitted Stockley. “We quickly had a great bond in terms of he trusted the way I played and demanded a lot from me, and gave me that inner confidence. The fact that the gaffer here has made it clear that he’s wanted me from day one has allowed me to play my best football.

“You just feel like you’re going to score every time you’re on the pitch - that’s the feeling I got every time I played for Charlton. You just go into it thinking, ‘I’ll have a chance in a minute and I’ll take it’. The relationships I built whilst I was there are the biggest reason that this could be done again and I can sign permanently. I value those relationships so highly that I wasn’t willing to let them go yet without them building.

“I think we’re going to be much better equipped [next season] in terms of actually trying to build a promotion squad and not only one than is going to go up from League One, but one that can compete at Championship level. It’s about going up with the right tools. League One isn’t where Charlton belong, it’s much higher than that and we all have a responsibility to get the club as high as possible.”

The 27-year-old, who enjoyed three seasons in the Championship while at Deepdale, explained he is now entering a decisive window in his career and spoke of his delight to be doing so in SE7.

“The fact that I’m going to get a full pre-season and a full season is just so exciting. I’ve got my own personal targets, and they will be big because I need to put a lot of pressure on myself now. These need to be the best years of my career. This needs to be a period I look back on when I finish football and all I do is smile, all I do is look back on it with satisfaction.

“These next few years are really big for me and the club also, side by side it should be a formula that works very well. I’ve got my personal goals, I’ll keep them to myself in terms of numbers and things like that, but the priority to get a title-winning side is something that burns even deeper inside of me in terms of trying to get promotion, not through play-offs but through automatics.”