Thomas Sandgaard on his first summer in charge thus far 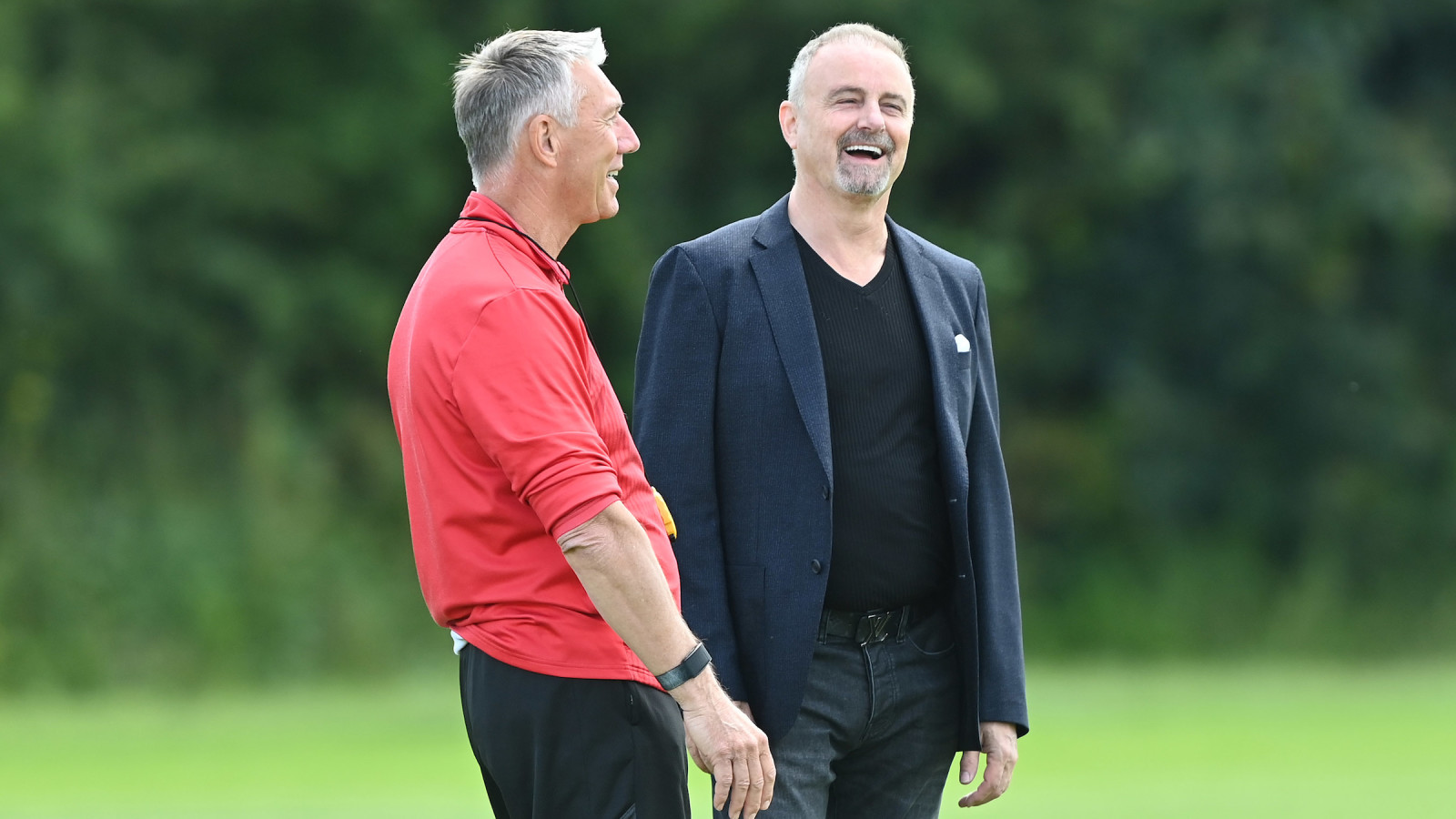 Thomas Sandgaard has assessed his first summer in charge thus far while looking ahead to what promises to be an exciting 2021/22 campaign in SE7.

“It has been great coming off a season where we nearly made it into the play-offs,” explained Sandgaard, speaking on Tuesday, ahead of Thursday's signing of Akin Famewo. “We have obviously been busy looking at potential new signings and we made some progress. We have a lot more work to do, but I’m pretty excited for next season.

“Obviously the reason we got so close is that we averaged two points per game for the last 15 games of the season - that really put us in a good position. On the last day of the season, we could have been more lucky to get in there but it didn’t happen.”

The Addicks’ upturn in form coincided with the arrival of Nigel Adkins, whose impact Sandgaard has hailed following the side’s remarkable conclusion to the League One season.

“Nigel is a great addition, his personality alone is such a good fit for Charlton. He oozes positivity. You could say ‘always look at the bright side’, and that is really Nigel’s philosophy about everything. Of course, like all of us, he is very competitive. We want to win, we want to win the league and that all comes together. He is the perfect man for the club.”

Sandgaard afforded an insight into the approach currently being employed when it comes to recruitment and investment.

“We are going to do our utmost to get promoted this year - getting back in the Championship and further up is important. The way we are doing it is not by throwing massive amounts of money after everything we possibly can, we just invest a little more than we did last year. Obviously now we will have fans back in the stadiums, that will be important for everybody as well. Just having that home field advantage hopefully will give us those few extra points throughout the season that we need to get promoted.

“It’s also important to recognise where we are at and obviously invest more and be smarter than we were last season. Whether it’s by recruiting for the first-team, whether it’s investing a little more in improving the grass here at The Valley, investing more in the academy etc and also all of the investments we are making on the women’s side.

“[Signing Jayden Stockley] was important. I think the re-signing of Jake Forster-Caskey was also important. It’s important to me that we take care of the players that are here and have been working so hard for the club. I’m sure as soon as he’s recovered he will have a great future at Charlton. Obviously we got [George] Dobson in and Craig MacGillivray our new goalkeeper, a great signing. He was player of the year for Portsmouth last season, so that was very important. I think it’s very obvious that I’m trying to improve, either maintain or improve on every single position on our first-team. Considering what else is going on in League One and COVID etc, that in itself should put us in a good position for reaching at least play-offs if not automatic promotion.”

Sandgaard completed his historic takeover of Charlton Women in February to bring the two clubs under the same ownership for the first time since 2007, and is now overseeing the side’s transition from semi-professional to professional alongside Head Coach Karen Hills, who he says has done a sterling job.

“Having taken over the women’s team, and now integrating it with the club and making sure it’s all one club, we decided, after a lot of discussions, that we wanted to take the team full-time, professional here immediately, starting with this upcoming season. That is already in full force. I just had a meeting with all of the new players and obviously Karen Hills, who is running the women’s team, and had a great introduction with them. It looks like we are ready to go with it. It was interesting to see.

“The first thing that I did after I took over the women’s team was to hire Karen Hills as the manager of the team, and, except for the very last cup game, they didn’t lose a game for the rest of the season after having been dead last in the Championship before then, so she’s done an amazing job.”

The Dane has been thrilled with the number of season tickets purchased, and revealed he potentially has something up his sleeve for Charlton supporters in the Addicks’ League One opener against Sheffield Wednesday on August 7th.

“I’m hopeful for a totally sold out, full stadium in the opening game against Sheffield Wednesday. I might have a personal surprise for the fans as well for that game! But we will talk about that later as we get closer.”