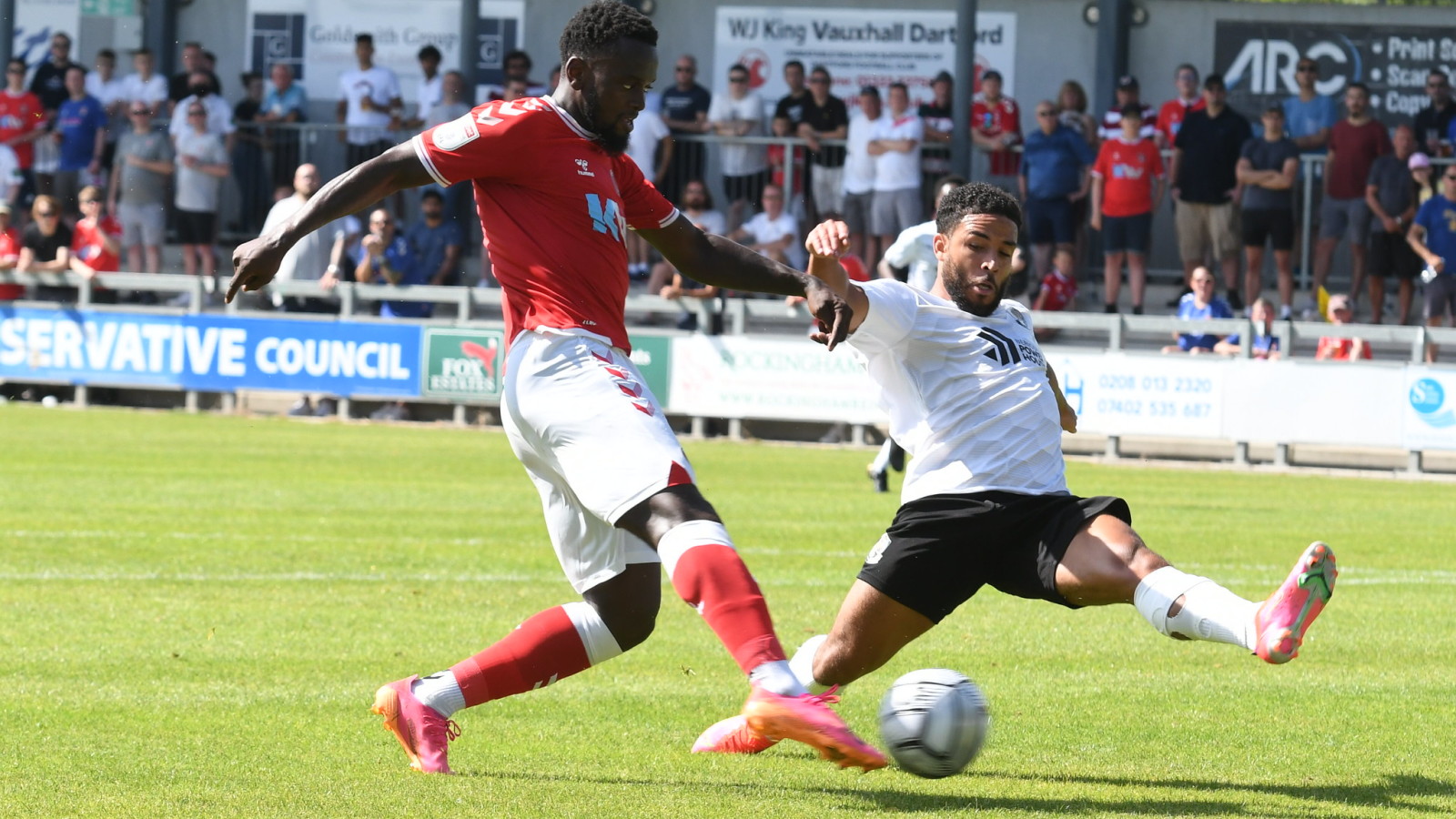 Charlton’s third outing of pre-season saw the Addicks run out 2-1 victors against Dartford at Princes Park on Saturday afternoon.

Diallang Jaiyesimi’s second half opener was cancelled out promptly by Bagasan Graham, before Josh Davison notched a sumptuous winner on 66 minutes.

The hosts administered the first opening of the afternoon on nine minutes, almost taking an early advantage but for Nathan Harness, who foiled Dan Roberts superbly from six yards, tipping the forward’s strike onto his right upright.

Conor Washington then drove into the box from the left flank but saw his goalbound effort scrambled away, before Jayden Stockley’s rebounded attempt with the rebound was turned behind.

A flurry of chances concluded the opening period with Jaiyesimi heading narrowly wide from a pinpoint Adam Matthews cross, followed by Luke Wanadio flashing an effort past the post.

The Addicks started the second period sprightly, breaking the deadlock on 50 minutes courtesy of Diallang Jaiyesimi, who controlled Ben Purrington’s diagonal ball forward before firing past a helpless Dan Wilks.

Dartford restored parity immediately, however, as Luke Allen’s through ball found Graham, whose left-footed effort beat Harness at his near post.

Johnnie Jackson, deputising for Nigel Adkins as the Addicks manager self-isolates, rang the changes on the hour mark, with nine Charlton substitutes entering the fray.

Forward Davison, who spent last season on loan with Forest Green Rovers, soon made his presence felt, restoring Charlton’s lead with a venomous first-time strike into the bottom left corner from some 25 yards.

Youngster James Beadle was on hand to preserve his side’s advantage on 79 minutes, remarkably rebuffing Noor Husin from point-blank range.

There was late drama, though, as Ryan Leonard found a way past Beadle, albeit not legally, with the linesman flagging immediately for offside.