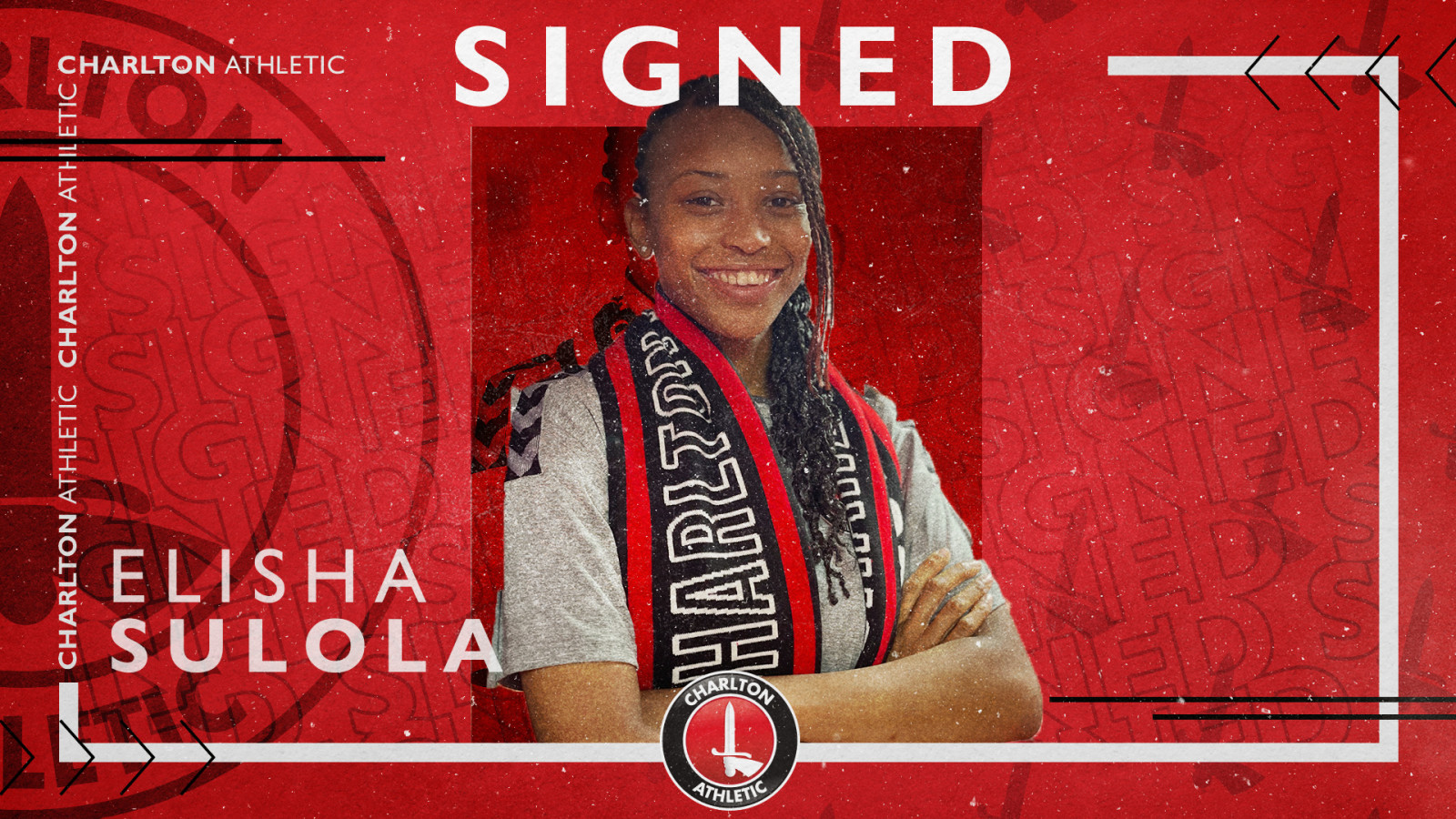 Charlton Athletic Women are pleased to announce Elisha Sulola has signed a professional deal with the club.

The 20-year-old midfielder joined Charlton Women on loan in January from Tottenham Hotspur, and has decided to make the permanent move to the Addicks, subject to clearance from the FA.

After putting pen to paper at The Valley, Sulola said: “I really enjoyed my time on loan and the vision of the club with the one club mentality is something I thought the owner put across really well and I like that.

“Charlton is ambitious and a club with good intentions so I’m looking forward to getting into it.”

Sulola worked under Karen Hills at Tottenham, and the Addicks manager is looking forward to working together again.

Hills said: “Elisha is a bright, talented young player and I’m thrilled we’ve signed her on a permanent, full-time basis. I worked with Elisha previously at Tottenham and I know how hard she works and what she can bring to the team.

“I’m excited to see her develop further with us this season.”

Sulola is set to become the Addicks third confirmed professional following the announcements that Eartha Cumings and Rachael Newborough have signed full-time deals at the club. Owner Thomas Sandgaard said: “The team really improved at the end of last season and Elisha played an important part in that improvement. She’s young and rated highly by our coaches, so I am pleased we’ve been able to sign her.”