Jackson pleased to build on pre-season campaign with another win 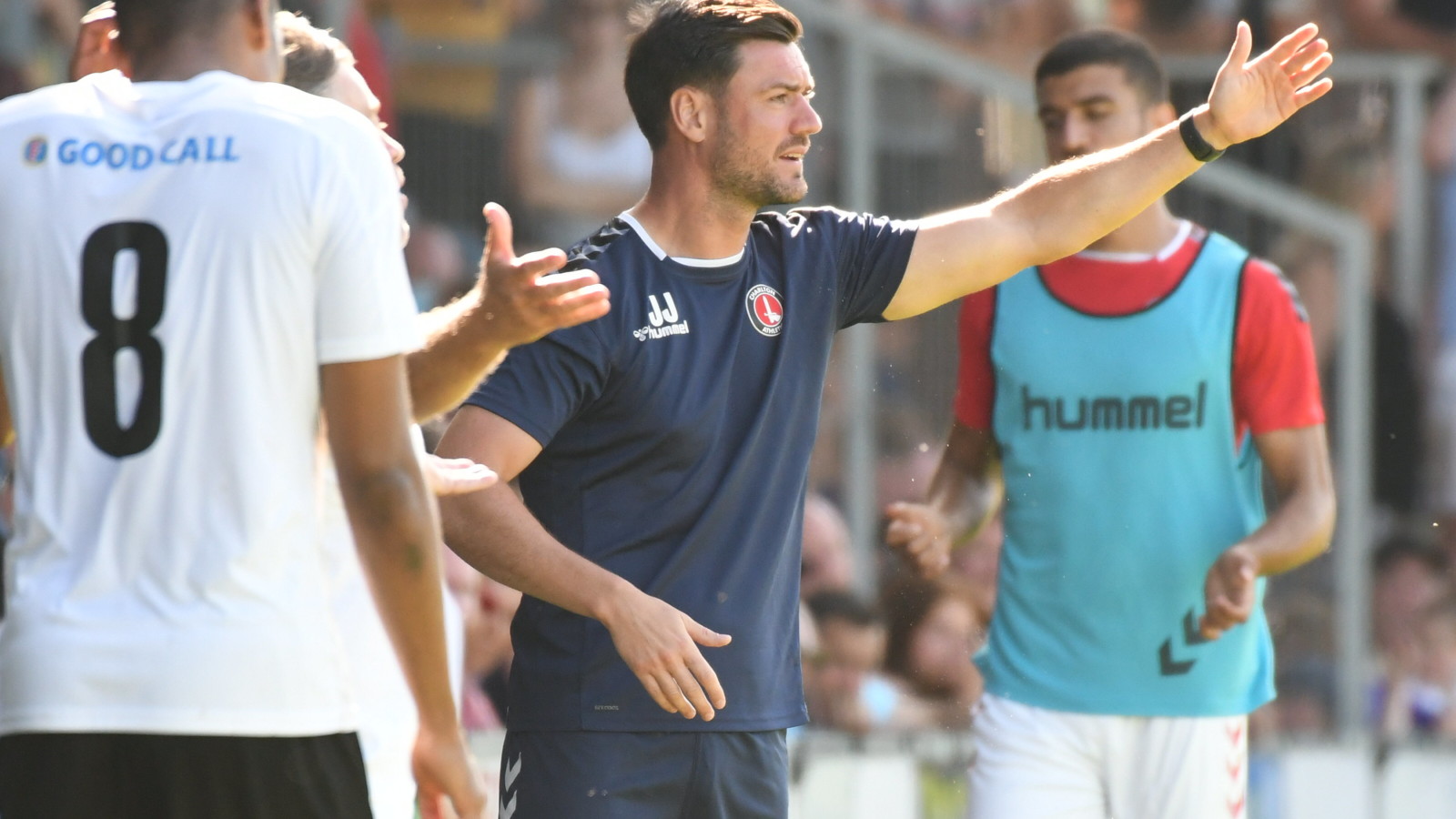 Johnnie Jackson was pleased to build on Charlton’s pre-season campaign with a 2-1 triumph over Dartford at Princes Park on Saturday.

Jackson said: “It was a good runout, a good conditional session for us. Especially in this heat, obviously I think that made it especially tough. We’ve got a good 60 minutes into some of our senior players there and then the younger crop have come on and got a good 30 minutes under their belt. It’s just about building minutes up at the minute building into what’s going to be three real good friendly tests for us [against Reading, Crystal Palace and Fulham] going into the season.

“We work really closely with sports science and medical on that. A lot of lads have got their own tailored progression if you like. You have to be careful with certain ones and other ones you can push a little bit harder depending on their history. The general gist is to just try and build them minutes up. Going into Reading Saturday we’ll probably be looking to get an even longer stint hoping that by the time the Sheffield Wednesday game comes around we manage to get 90 minutes into most players.”

Charlton’s assistant manager reserved particular praise for Diallang Jaiyesimi after another impressive outing, bagging his second goal of the week with a well-taken finish on 50 minutes.

“He’s been a real threat so far in pre-season, he scored another good goal today to go with his one at Welling. Definitely looking bright. I think it was just a bit of a coming together on the goal and just a little knock on his ankle. I said to him, ‘are you okay?’ He just said, ‘just give me a couple of minutes to run it off’, which he did and we managed to bring him off with everyone else so I think he was fine.

“I’m pleased to get the win. I was saying to the young lads, even though it’s a friendly, about managing the game properly towards the end because it’s important to get the win. Obviously it’s not the be all and end all in these games but it’s nice for them to walk off the pitch having won.”

Jackson also provided an update on the Addicks’ absent players and manager Nigel Adkins, who is self-isolating after testing positive for COVID-19.

“Various different things. We’ve had a few knocks in training where we’ve just really tried to manage their return to play and not push too hard too early. We’ve had a few lads that have been in contact with people that have tested positive and they’ve had to stay away for various reasons. Bit of a mixed bag... a few little knocks, nothing major at all. Just little knocks that we’re managing what we think is in the right way.

“The gaffer’s fine. I’ve spoken to him regularly over the last few days, I spoke to him obviously this morning before the game. He’s in real good spirits. He’s gutted that he can’t be here and obviously we wish him a speedy recovery but he’s fine. He obviously would have been watching the game, we’ll speak again now after the game and hopefully we’ll have him back as soon as possible.

“It’s a difficult situation for everyone. I’m sure this has happened at a lot of clubs at the minute. It seems to be quite prevalent. We’re just trying to do everything right as a football club with the best practice at the training ground. Obviously you’ve seen today that we’ve had to adjust it a little bit by not using the changing rooms, keeping everything outside. Just making sure that we’re doing everything we can to minimise the risk and following the protocols that are set down by the government and the EFL when you do have close contacts and cases.”