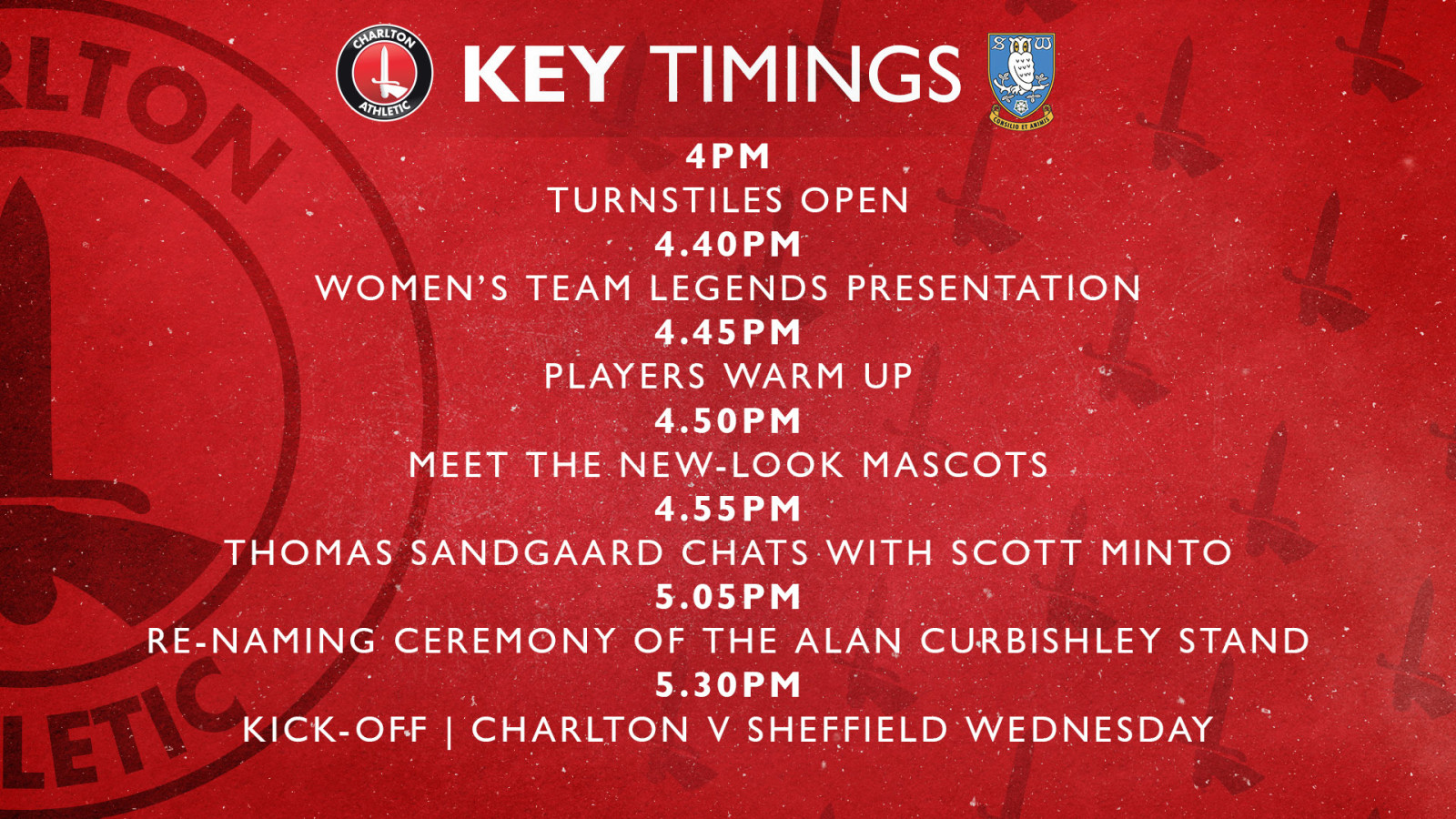 The club can’t wait to welcome supporters back to The Valley on Saturday as the Addicks host Sheffield Wednesday.

The game kicks-off at 5.30pm but the matchday begins long before that with activity in the stadium including the introduction of the club’s new mascots, an interview with Thomas Sandgaard and the official opening of the Alan Curbishley Stand.

Supporters are encouraged to get into the stadium early to make sure they don’t miss out on any of the activity.

Below are the revised key timings for activity in the stadium:

4pm: The stadium opens fully for supporters for the first time in 17 months.

4.40pm: The club will be making a shirt presentation to two Charlton Athletic Women’s legends who left the club this summer. Grace Coombs played 277 games for the Addicks over 10 seasons, while Charley Clifford clocked up more games for the Addicks than anyone else, totalling 288 appearances.

4.45pm: Welcome the Addicks players onto the pitch as they begin their pre-game warm-ups.

4.50pm: Meet our new-look mascots as we introduce them officially to The Valley for the first time.

4.55pm: An opportunity to thank the man who saved the club, as Thomas Sandgaard will be speaking to Scott Minto in the middle of the pitch at The Valley.

5.05pm: A host of Charlton legends are returning to the stadium to pay tribute to former player and manager Alan Curbishley for the official opening of his stand at The Valley. The presentation will include memories from former players and a live interview with the Charlton great.

Don't miss out! Get your ticket for Saturday's opening-day clash now by clicking here.