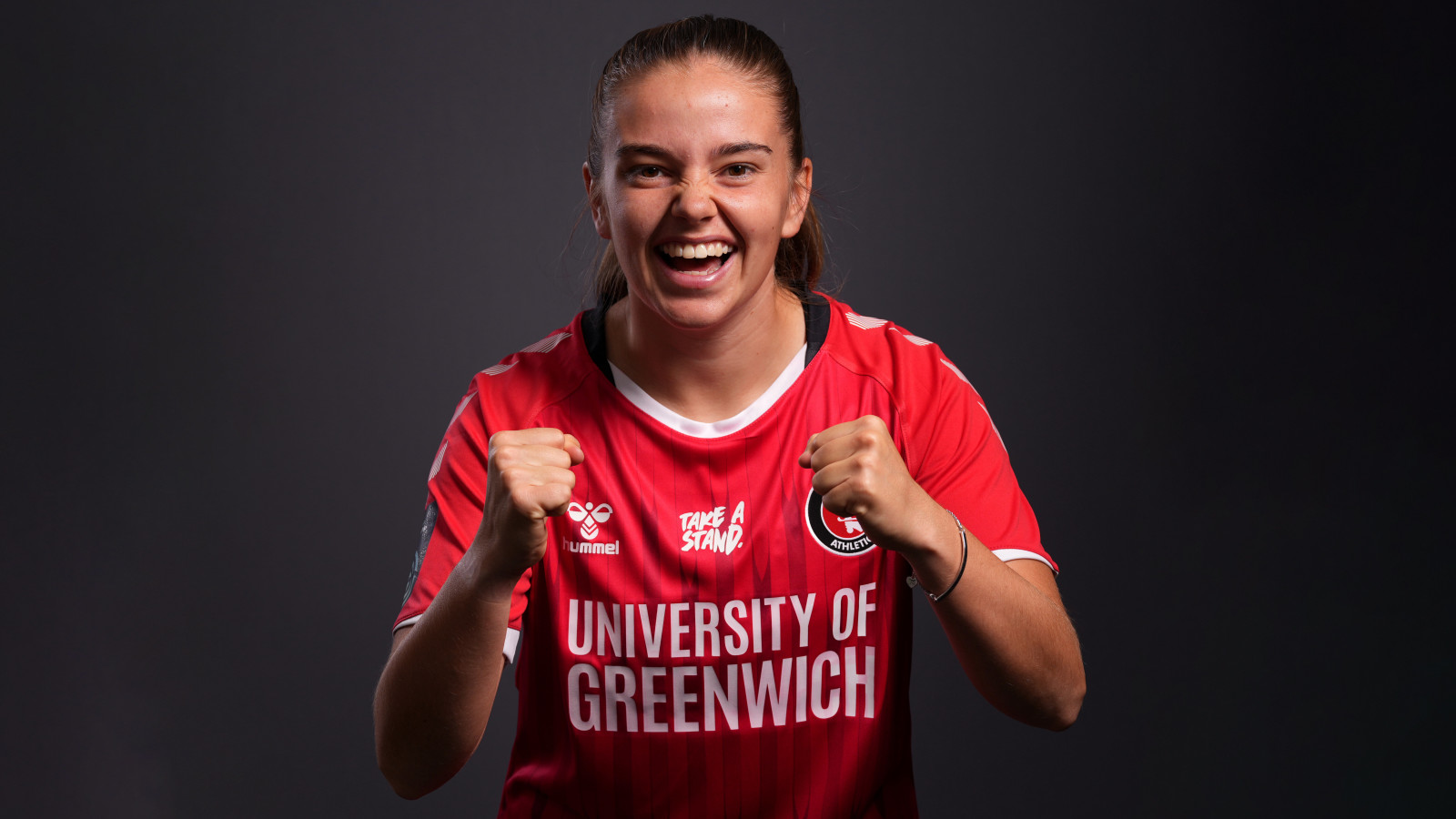 Beth Roe is thrilled to have returned to Charlton permanently after enjoying a successful loan spell with the Addicks in the first half of the 2019/20 season.

“It’s great to be back,” said Roe. “Obviously coming here on loan for the first half of last season really helped me find my confidence and it was something that I wanted to continue with, so I’m delighted to be back.

“Obviously it was time for me to move on having been somewhere for four years. I needed to find the place where I was going to get my individual development, I was going to grow as a player and really start to push on and find out who I am on the pitch. I’ve done a lot of growing off the pitch and learning and I needed to put that into practice. Having spoken to Karen [Hills] and Riteesh [Mishra] it was something that they could offer me here and I jumped at the chance to do it.

“When I first heard about the project and the direction they wanted to go it was exciting. It’s something that I wanted to be a part of; to be part of something from the beginning and to see it grow and to know that you’ve been involved in that is amazing. Going back over the years seeing where Charlton were and to see the decline that happened over those last couple of years is quite sad, so it’s nice to see where they are now and thanks to Thomas [Sandgaard] for the money he’s put in to really push this club on and to try and get them back to where they should be.”

The defender is relishing the opportunity to meet the fans throughout the upcoming FA Women’s Championship campaign.

“From speaking to previous people here there’s so many good fans, so I’m really excited for that,” revealed Roe. “Just to see the atmosphere and the energy they bring. It was difficult with lockdown because you never got that atmosphere and I think last year we needed that at some points, but the girls dug deep and to be where we are now... for those fans as well, there’s probably been many that have been there right from the beginning and for them it’s exciting. If we can take them on a journey with us then that’s what we want to do.

“I’m so excited for the season to start. I mean every pre-season you get excited because you just want to play, but for all this to be new and then coming in fresh; no one really knows what we’re about and I think that’s quite nice, because we can create our own path and just take each game as it comes.

“Obviously you’ve got people who have been right here from the start and to see what it means to them can only then spur me on to want to get this club to where it should be - that’s something that when I step onto the pitch I’ll be playing for.”

Roe also afforded Addicks fans an insight into the type of player they can expect to see.

“I’m quite an energetic full-back, I love to get up and down the pitch. Put me in a one v one defensively I love it, but going forward I just love to be involved - whether that’s crossing, shooting.