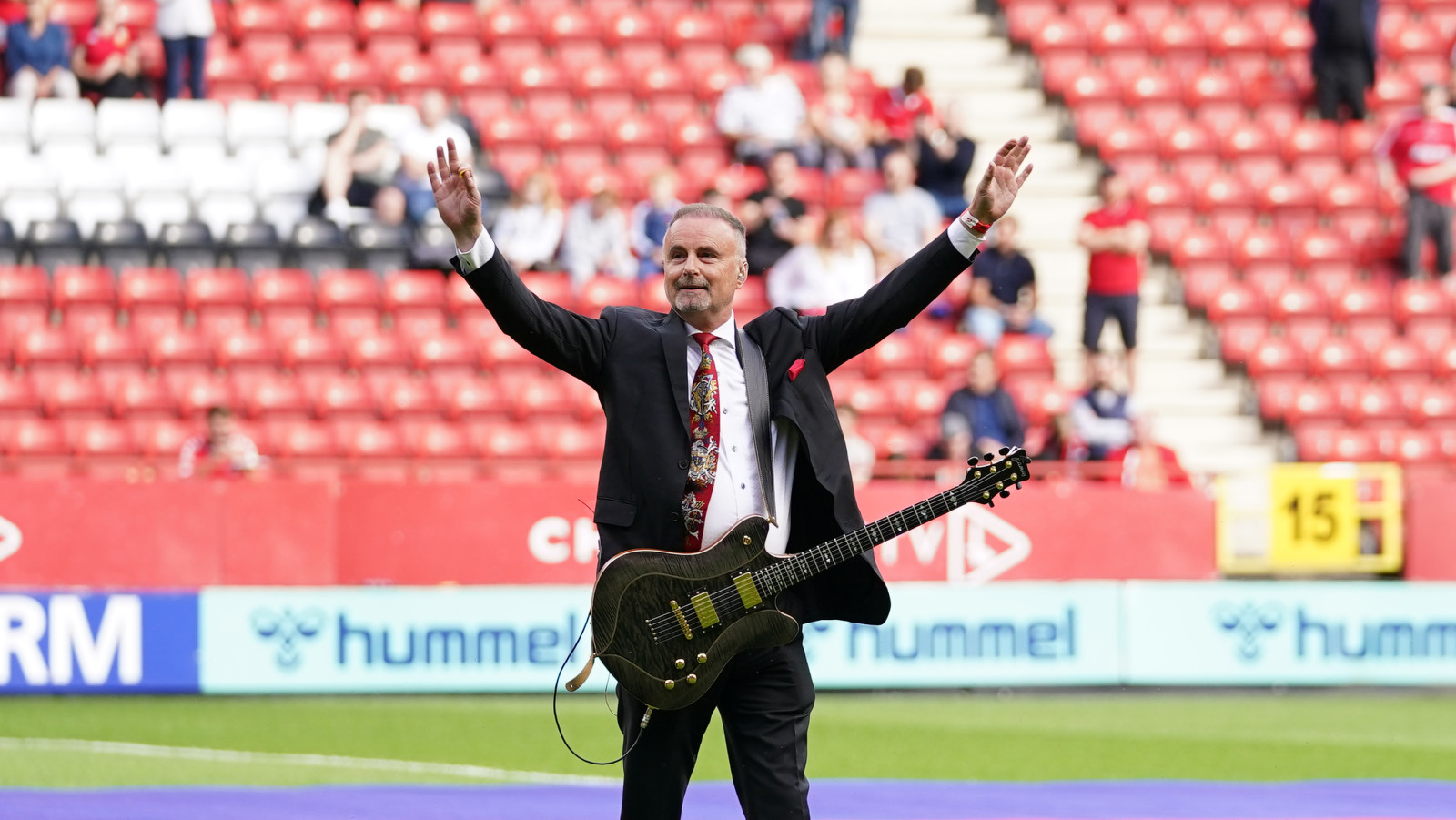 Owner Thomas Sandgaard paid tribute to the club’s supporters and an important person in Charlton’s history following the warm welcome he received at Saturday’s season-opener against Sheffield Wednesday.

17,639 were in attendance as the Addicks drew with the Owls in an action-packed matchday that included Sandgaard performing the popular Charlton song Valley Floyd Road on the pitch before the game and the official opening of the Alan Curbishley Stand.

He said: “I had been looking forward to Saturday’s game for a long time and it was amazing to be able to experience a proper matchday at The Valley. The fans were incredible and their presence brought a powerful energy to the game.”

The traditional Red, Red Robin song was played when a variety of Charlton legends were introduced and took to the pitch as part of the celebration of Curbishley. It was an opportunity for them all to experience the song that led them onto the pitch so many times and years earlier.

The Addicks owner and Chairman has since confirmed that the Red, Red Robin will still be played as the club’s walk-out song, and fans can count on hearing it at Tuesday’s Carabao Cup game against AFC Wimbledon as well as future matches.

He explained: “The fans were a big part of why I purchased Charlton Athletic. They have had a difficult few years and a key thing is having an owner that pays attention, listens and communicates. I want to move the club forward and in doing so I want to understand what things are important to supporters and why as this will help me make the best decisions for Charlton.

“Fans are why we brought back the much-loved mascots, Floyd and Harvey. And following consultation with our Youth Advisory Group, their return to the Valley on Saturday was an obvious and easy decision. They were deeply missed and needed to come home. Supporters are also the reason we wanted to respect and pay tribute to a legend in the club’s history, Alan Curbishley, by renaming the East Stand the Alan Curbishley Stand.

“Charlton has a fantastic and storied past and Red, Red Robin is a part of that history. It is incredibly important to the fans, so it’s important to all of us at the club and it will absolutely continue to be played as the lads come onto the pitch on Charlton matchdays.”

Click here to purchase your ticket to Tuesday’s game.