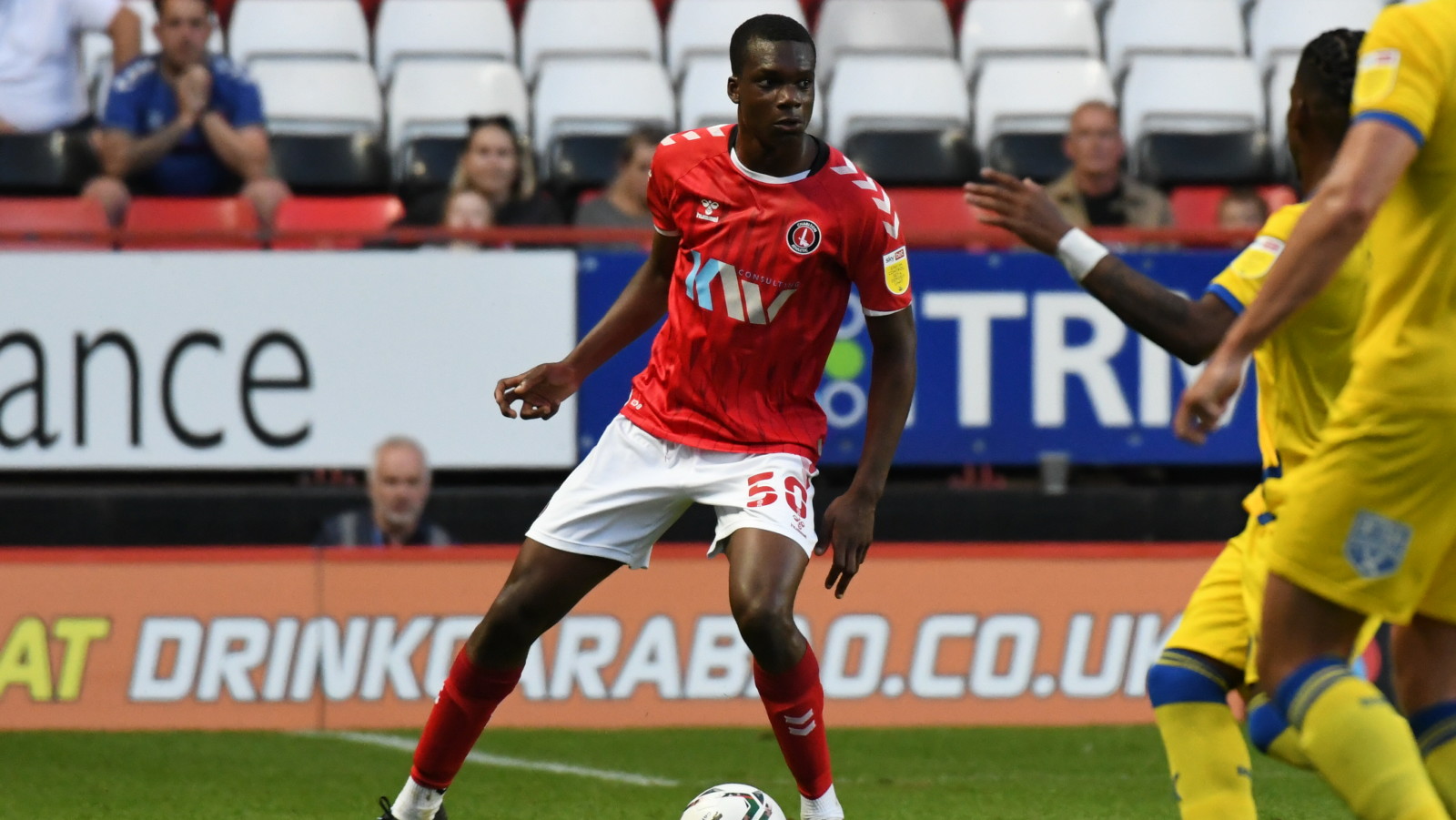 Academy prospect Deji Elerewe has reflected on a whirlwind summer that has thrust him into the first team picture.

The 17-year-old made his Addicks bow during Tuesday night’s Carabao Cup tie against AFC Wimbledon, having impressed throughout Charlton’s pre-season campaign.

“I am really pleased,” said Elerewe, who joined the Addicks as an under-13. “I feel like it’s gone very well, very unexpected though. I didn’t really think coming back here I’d be going straight into the first team like that, but the manager and the players have been very welcoming in helping me get through this as well.

“To be honest it’s surreal. You dream of it as a kid, coming in to play, especially when you’re in Charlton’s under-14s, 15s, 16s. They drive you to play for the first team one day, but sometimes you don’t really think it’s possible. When it happens, you feel like all the hard work you’ve been doing over the years is worth it.

“When you go back home and you see what the fans are saying about you it really makes me happy. When you go back after a day when you think you’re not doing that well and you come and see what people are saying about you it gives you that little boost and that energy. I feel like today, making my debut, it’s one of the big things in my career so far, so hopefully more to come.”

Elerewe reserved particular praise for club captain Jason Pearce, his central defensive partner on the night, who has mentored the 17-year-old as he looks to keep progressing.