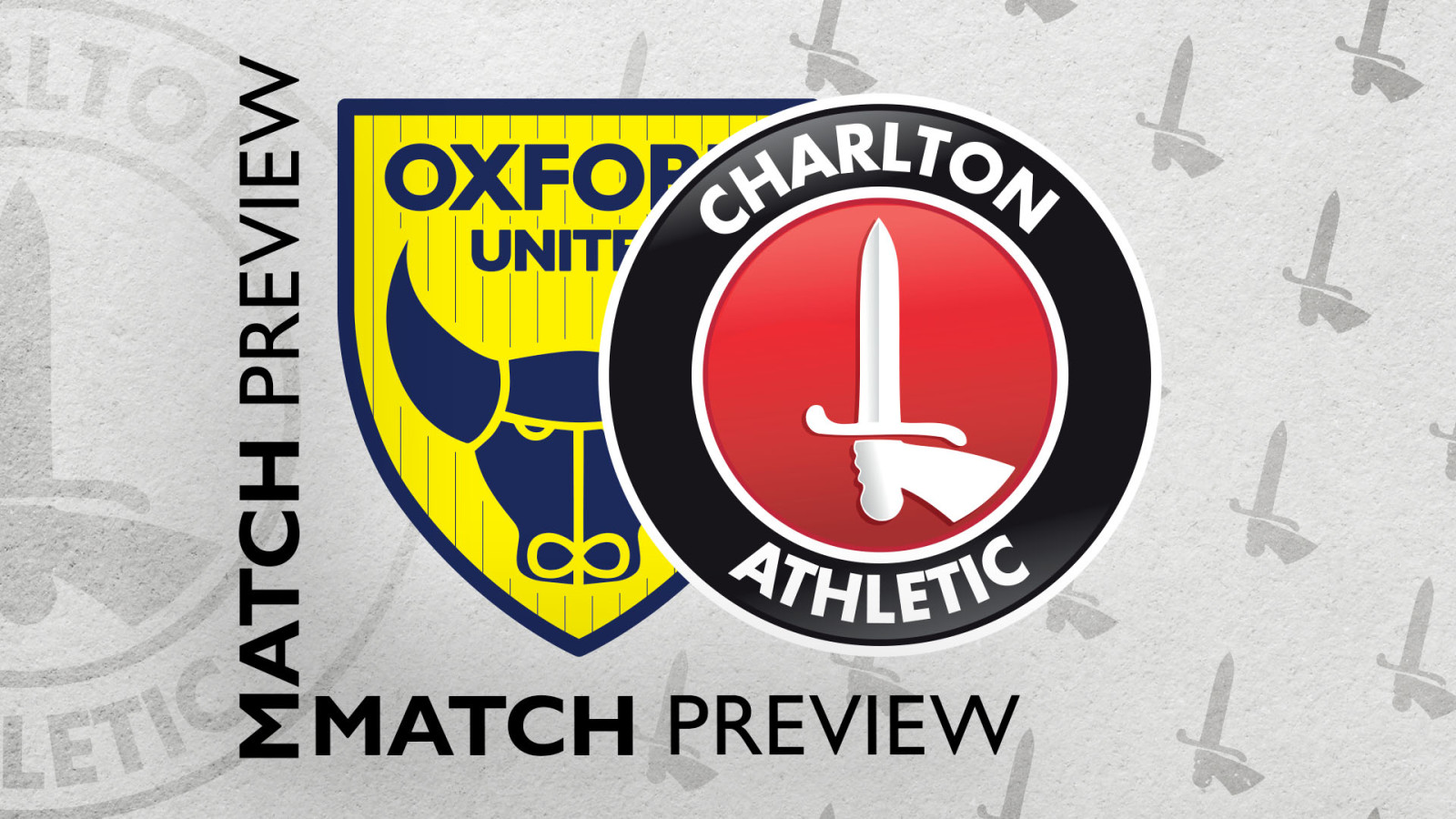 The Addicks hit the road for the first time this season as they head to the Kassam Stadium to take on Oxford United on Saturday afternoon (3pm).

Charlton kicked off their campaign with a point at The Valley against Sheffield Wednesday last weekend and will be looking to build on that against the U's, backed by a healthy away following.

Jake Forster-Caskey (ACL) continues to be the Addicks’ only long-term absentee as he continues his rehabilitation programme.

However, the trip to the Kassam Stadium will come too soon for Ben Purrington, Alex Gilbey and Ronnie Schwartz.

The hosts will be without centre-back pairing Elliott Moore (COVID-19) and Sam Long (chest infection).

Former Addicks boss Karl Robinson's men will be targeting another top-six finish this term having failed in the play-offs over the last two seasons.

An opening-day 1-1 draw at League One newcomers Cambridge United saw the U's kick off their season with a point and they booked a place in the second round of the Carabao Cup with a penalty shootout victory at Burton Albion on Wednesday evening.

Charlton and Oxford have met on 46 previous occasions with the Addicks winning 18, Oxford 10 and the remaining 18 playing out as draws.

Last season's meeting at the Kassam Stadium in March ended in a goalless draw, with Ronnie Schwartz seeing an injury-time penalty saved.

The Addicks' only victory at the Kassam Stadium came in an FA Cup replay in January 2014 with Danny Green adding to Yann Kermorgant's brace.

Our last league victory away at Oxford came at their former Manour Ground home in January 1998 with Clive Mendonca and John Robinson scoring late on to secure a 2-1 win.

Thomas Bramall will take charge of proceedings on Saturday. He last officiated the Addicks during the 2-0 victory at Rochdale in February.

He will be assisted by Craig Taylor and Andrew Fox.

The Addicks will be sporting their new white and black away strip at the Kassam Stadium on Saturday.

Tickets will not be available from the ground on the day.

Fans living outside of the UK & Ireland CAN watch Saturday-3pm games live on CharltonTV, however, via either a match pass or a CharltonTV subscription.

Audio commentary of the game is available for CharltonTV subscribers in the UK and Ireland.