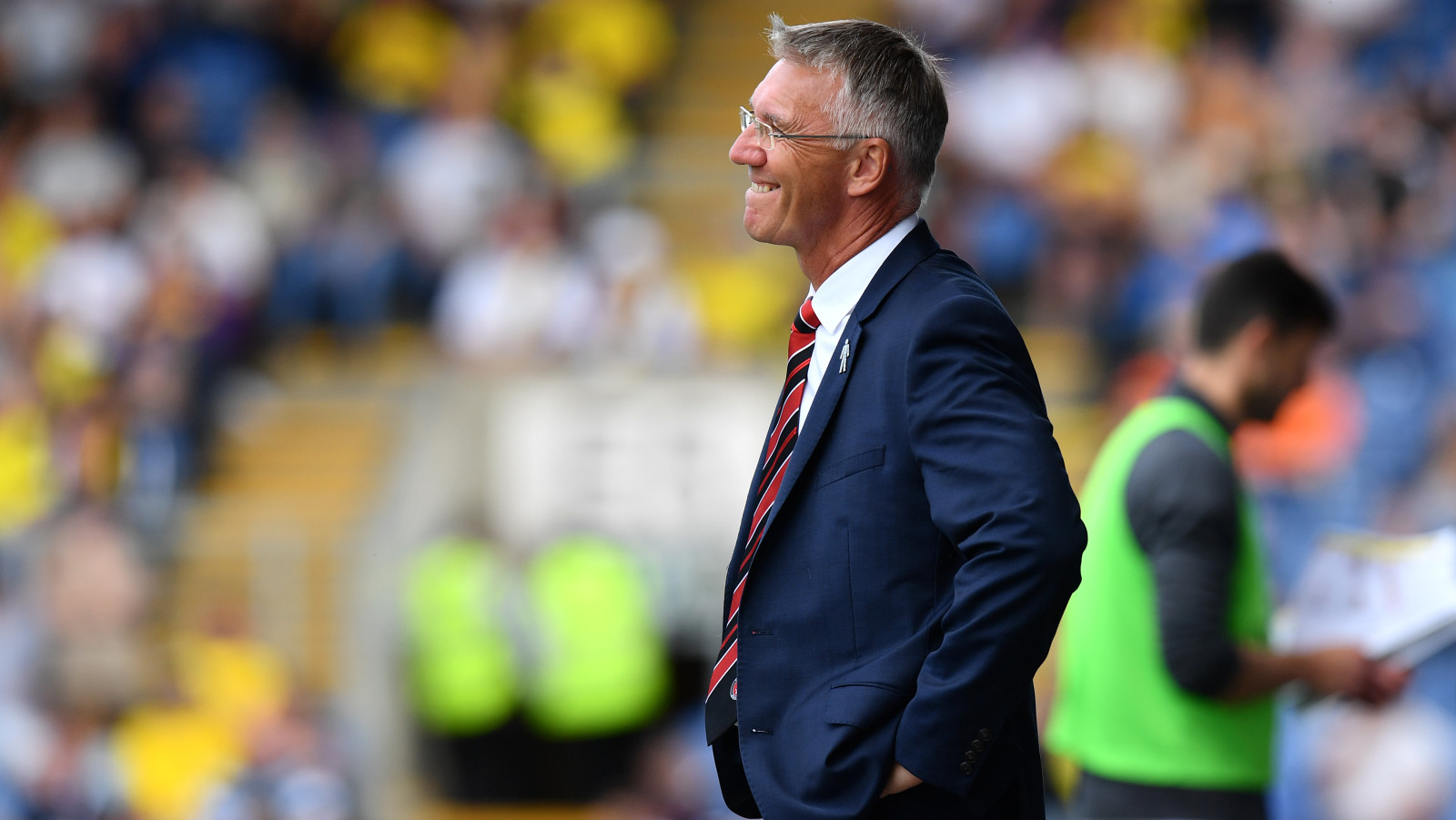 Nigel Adkins was disappointed to leave the Kassam Stadium empty-handed on Saturday afternoon having been defeated by Oxford United.

First half goals from Ryan Williams and Cameron Brannagan saw the U’s run out 2-1 victors, despite Conor Washington netting the Addicks’ first goal of the 2021/22 Sky Bet League One campaign from 12 yards.

“It was disappointing, wasn't it?,” explained Adkins, speaking to CharltonTV post-match. “Obviously the two goals we’ve gone and conceded from the counter attack, you know, there’s several situations we could have done better with. We get ourselves back in the game, we had little spells, they had spells. It was very stop-start the game for me. I’m really disappointed that we didn’t get anything from the game.

“Listen, the goalkeeper has made a fantastic save when you watch it back from Conor Washington. We wanted to expose him in a way and Conor’s in there and the keeper’s made a great save. We’re in the attacking third of the pitch and we lose the ball, we should have stopped it at source for one and obviously they’ve countered. Is it a foul on the halfway line? Probably. But they’ve gone and scored and then they’ve scored after that, again with us having the ball in the attacking third. Very frustrating but we’ve come back, we’ve got back in the game. A well-taken penalty by Conor Washington. But, again, there was seven minutes of extra time - it was very slow the game for me. They had passages of good play, we had passages where I’d like us to do a lot better.”

“Well listen, DJ [Diallang Jaiyesimi] I think has had a great pre-season so far, but he never touched the ball in the game,” added Adkins. “So why was that... we didn’t get him the ball, did they defend well? But ultimately he wasn’t being as effective as he has been, so Josh [Davison] has done some great energy for us. I wanted to get him in the impact, to get us going forward and I wanted to just have a little bit more oomph about us in the game just to energise ourselves.

“We were getting the ball forward and thinking about, well, there’s space to go and play. So towards the very end there can we get Ben Watson on the ball just to control the game a bit more because if you’re not careful, and at times we’ve gone and done that, we’ve just gone and launched the ball forward to Jayden [Stockley] and they’ve got three players around him. You’ve got to win the second ball, but then there’s space there to go and play. Did we identify that well enough?

“At the very end you throw the dice and you put young Charles [Clayden] in there. You take your full-back off and you get Charles Clayden, who has done really well, to see if we can just get his pace in the wide areas and get a cross in. There were a few different situations there but, from my point of view, I’m very disappointed. The lads looked great yesterday, they looked great before the game, everything was bang on. We just didn’t get the victory that we needed to get today.”

The Addicks provided an update on the club’s latest recruit, Charlie Kirk, while revealing he expects more to follow ahead of the deadline.

“Charlie Kirk will be back in on Monday,” said Adkins. “Obviously listen he’s just lost his dad and he’s not trained for over a week, eight days - he’s not done anything. We’ve had to take stock of where he is and, again, like anybody can imagine the emotion of everything that’s going on, moving down, as I say losing his dad. It’s been quite an emotional week for him, so we’ve looked after him in a good way.

“He trained yesterday and he trained today so we’ve got a bit of training into him and then he’ll start again on Monday with the group. And then all being well he can be involved in Tuesday’s game.

“There’s a lot of things going on behind the scenes. Obviously there will be a shutting of the transfer window and it’s fair to say I’m quite optimistic that there will be a few more players with us when the window does shut.”

Adkins concluded his CharltonTV interview by thanking the 1,373 travelling Addicks, who were in full voice throughout.