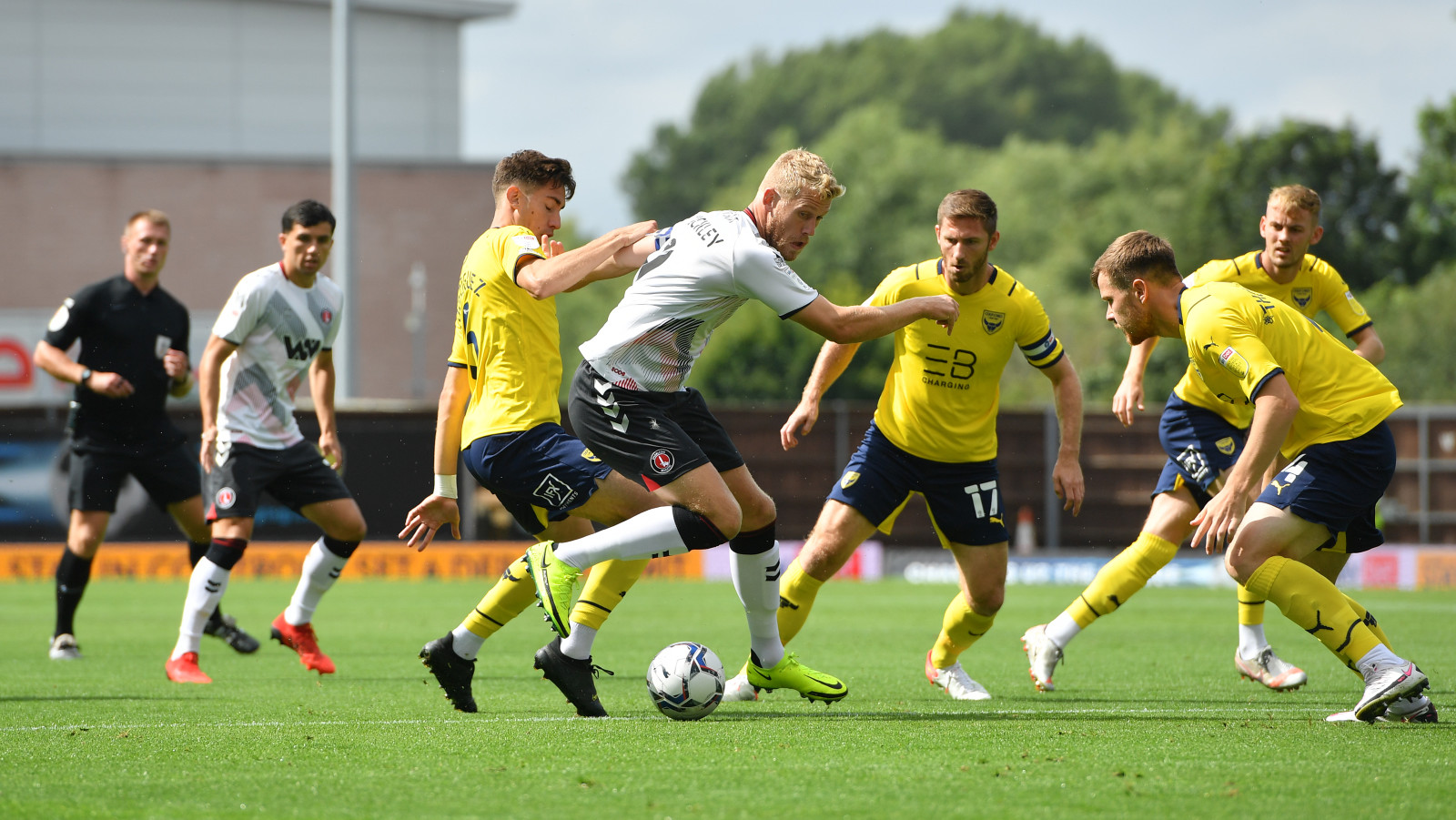 Charlton fell to their first defeat of the 2021/22 Sky Bet League One season as Oxford United ran out 2-1 victors at the Kassam Stadium on Saturday afternoon.

The hosts raced into a two-goal lead after 31 minutes thanks to Ryan Williams and Cameron Brannagan, before the Addicks hit back through Conor Washington’s spot-kick five minutes later.

Nigel Adkins named an unchanged starting XI for his side’s first away outing of the 2021/22 League One campaign, with the Addicks lining up in the same 4-3-3 formation.

The first chance of the afternoon fell to the hosts through James Henry, though the U’s captain could only volley over Craig MacGillivray’s crossbar after being teed up by Brannagan.

Jack Stevens was called into action on 14 minutes as MacGillivray launched an Addicks foray forward with a pinpoint goal kick for Jayden Stockley, who flicked on for the surging Washington. The Northern Irishman danced his way past Jordan Thorniley and onto his favoured right foot, but was thwarted by the U’s stopper low to his left.

Stockley showcased his aerial prowess once again on 21 minutes as the pair contrived again, but Steve Seddon was on hand to avert the danger for the U’s with Washington lurking.

It was the U’s who broke the deadlock, though, in somewhat fortuitous circumstances just moments later, Williams tapping home a rebound after MacGillivray had initially thwarted Gavin Whyte.

And the hosts doubled their advantage on 31 minutes, when Ryan Inniss could only clear Henry’s centre as far as Brannagan, who fired home from close range.

The Addicks soon had a lifeline as Stockley’s header struck the arm of Sam Winnall, with referee Thomas Bramall pointing to the spot. Washington stepped up with aplomb from 12 yards, guiding the ball into the bottom-right corner to halve the deficit.

MacGillivray was called into action shortly before the interval, comfortably saving Henry’s strike from the edge of the 18-yard box.

The Addicks administered the first opening of the second period, Stockley nodding down for Washington who, in turn, teed up Morgan. Charlton’s number 10 struck the ball well on the volley, but saw his effort saved by Stevens.

A flurry of chances arrived for the U’s either side of the hour mark, both of which fell to Winnall. First, the striker nodded over from Henry’s deeply struck free-kick, before somehow missing with the goal gaping after being picked out by Mark Sykes just three yards out.

Henry forced MacGillivray into a superb stop on 81 minutes, with the Scotsman at full stretch to pluck the U’s skipper’s goal-bound effort out of the top corner.

Inniss sent a looping header over the Oxford bar as Adkins’ side continued to probe for an equaliser, though it ultimately proved elusive.