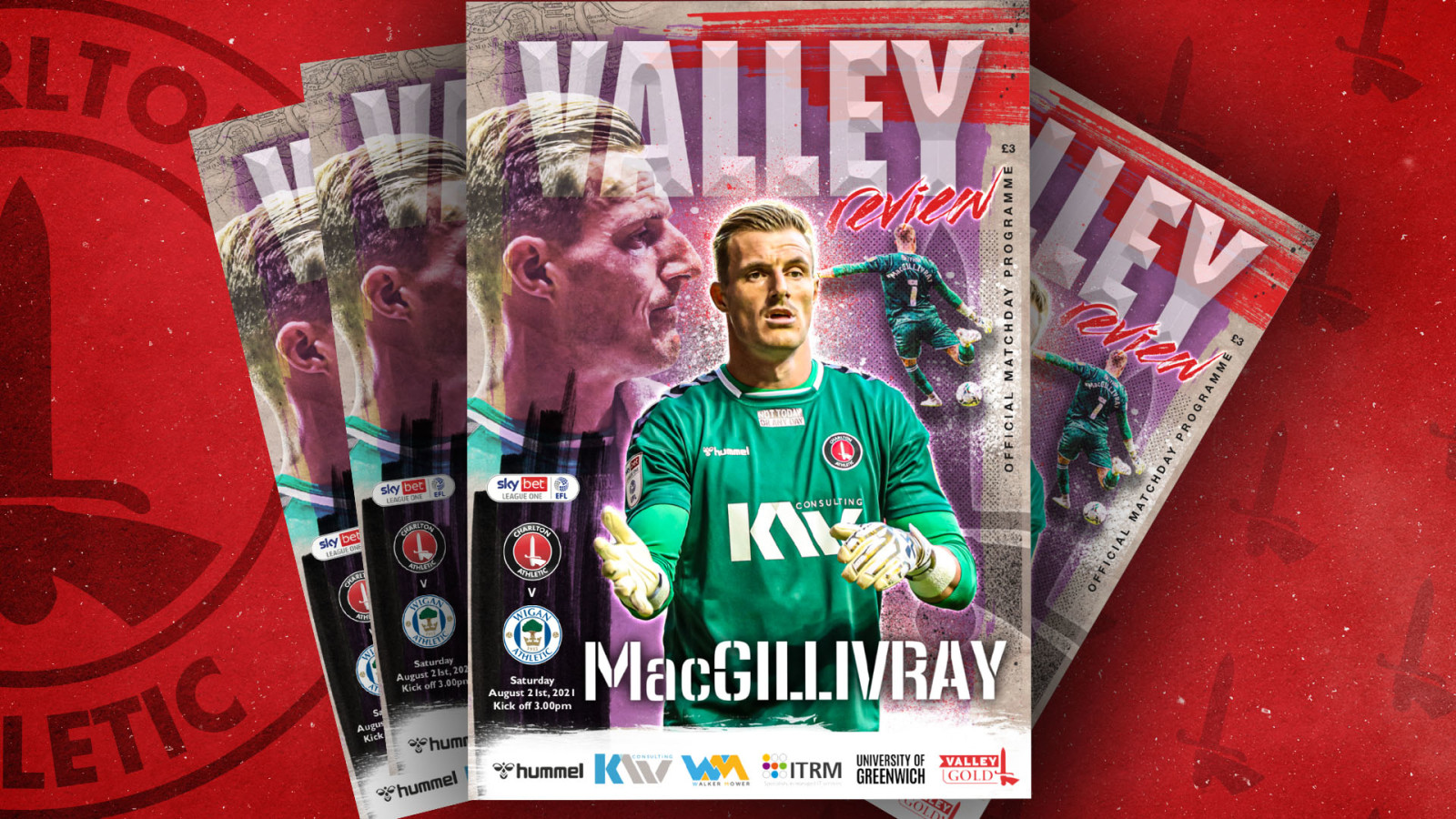 Craig MacGillivray stars as the main interview in Saturday's Valley Review for the visit of Wigan Athletic.

Charlton's new number one sits down to discuss his move to the Addicks from Portsmouth this summer and his start to life in SE7.

Elsewhere, Bradley Pritchard is the next former Addick to discuss a memorable kit in Kit Parade as he recalls his first ever goal in professional football for Charlton, while Keith Peacock provides the story of growing up as a youngster through the club and into the senior side in Academy Journey.

There is also an in-depth look at Jayden Stockley as we speak to those who know him best including current teammate Conor Washington and former Exeter City and AFC Bournemouth teammates Pierce Sweeney and Steve Cook.

As well as all the usual news and views from around The Valley, Nigel Adkins writes his manager's notes as he reflects on the start to the season, while Women's team new arrival Mia Ross looks ahead to the start of their new campaign and club photographer Kyle Andrews writes about his experience of following the Addicks through a lens.

Charlton legend Radostin Kishishev leads the way in the historical pages as he takes a trip down memory lane to recall the time he went toe-to-toe with Cristiano Ronaldo at The Valley, while the Charlton Museum look back at the history of Charlton's first season in the Football League 100 years ago.

All that and much more can be found in Saturday's Valley Review, priced £3 and available from around the ground and in the Valley Superstore.

Copies of the bumper Sheffield Wednesday edition of Valley Review, which sold out before kick off on the day of the game, are still available to purchase online by clicking here following a re-print.

The club's official 2021/22 Handbook was completed last week, but a delay in printing and delivery means that they will not be sent out to early-bird season-ticket holder until the week of August 23rd.

The club would like to apologise for any inconvenience caused to those supporters who have been awaiting their copy of the handbook, but can ensure that they will be dropping on doormats very soon.