Brazilian Addick Joao visits The Valley for the first time 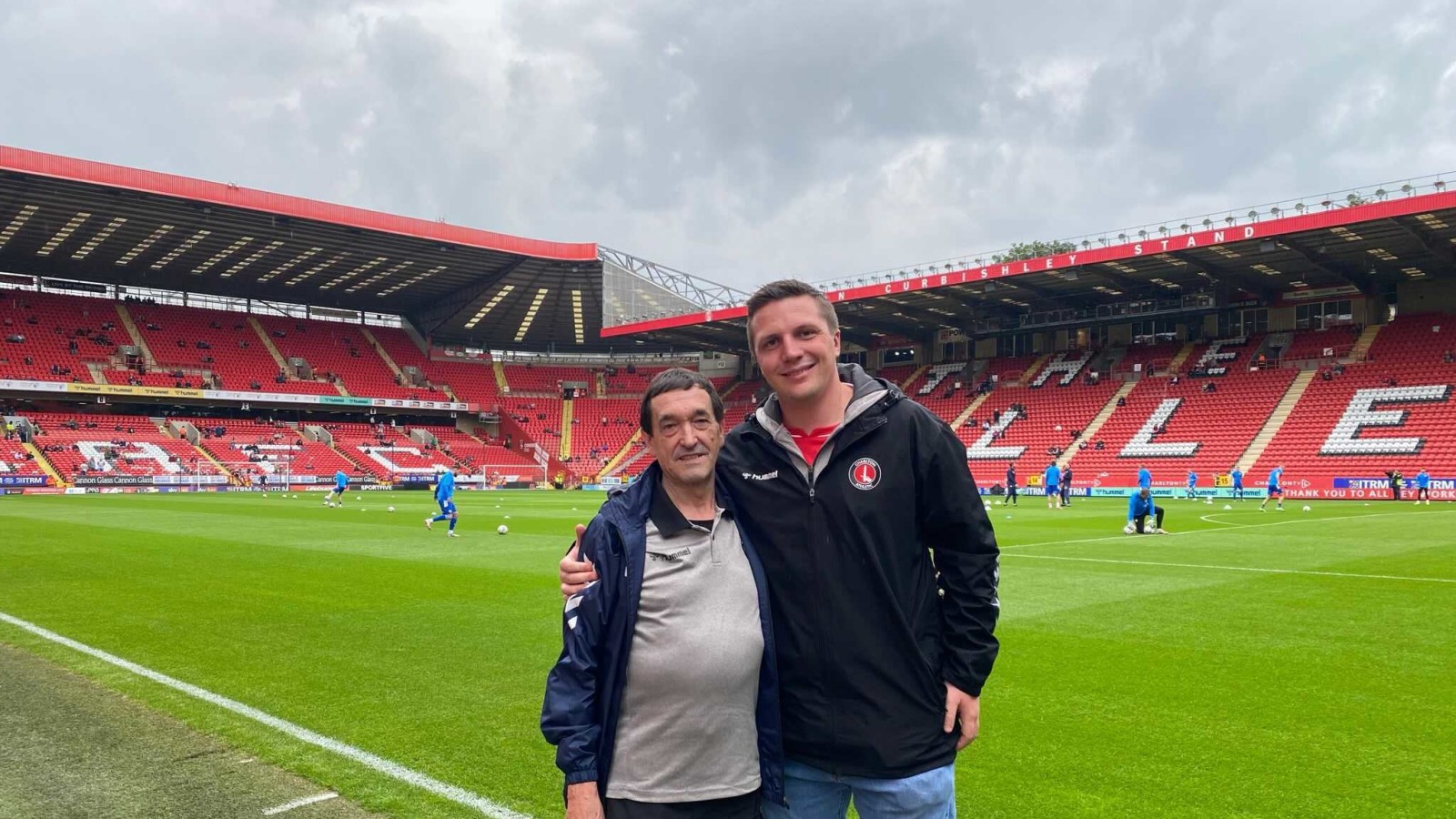 Brazilian Addick Joao Venture Pires attended his first ever Charlton game on Saturday when he was at The Valley for our clash with Wigan Athletic.

The 66-year-old, watches all the club’s games live on CharltonTV, and was thrilled to finally be able to get to the stadium.

Pictured with his son-in-law, Matt, Joao started supporting Matt’s team, the Addicks, after his Brazilian side Portuguesa of São Paulo disbanded in 2017.

Joao follows Charlton closely and was one of the first to sign up for the club’s new international membership this summer.

He said: “It was fantastic to finally visit The Valley and everyone made me feel so welcome. Charlton is a very special club, with an amazing history, and The Valley is a beautiful stadium filled with proud supporters, who created an amazing atmosphere. I look forward to visiting again soon, but in the meantime I will continue enjoying the great service provided by Charlton TV. Vai Charlton!”

International fans can click here to purchase a CharltonTV pass for Saturday's game against Crewe Alexandra.