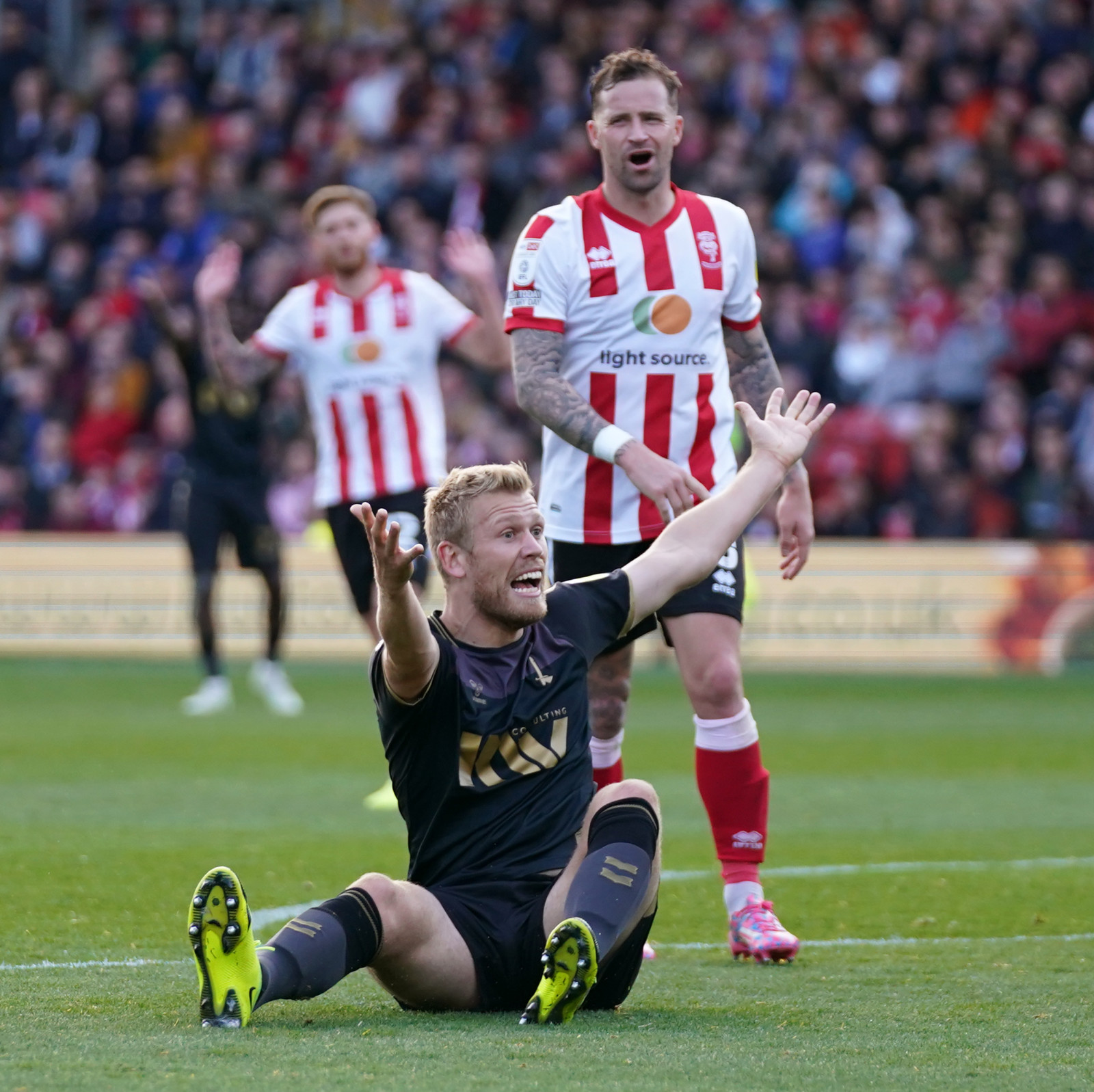 Charlton suffered a 2-1 defeat at the hands of Lincoln City at the LNER Stadium on Saturday afternoon.

Having fallen behind in extremely unfortunate circumstances on 58 minutes after Jayden Stockley turned into his own net, the Addicks restored parity just five minutes later when Sam Lavelle poked home following a scramble from a corner, only for Regan Poole to notch a winner in stoppage time.

Manager Nigel Adkins named an unchanged starting XI from our last League One outing at Fleetwood Town for the clash in Lincolnshire, with Adam Matthews and Ben Watson returning to the matchday squad.

The Addicks were soon forced into an early change, however, Corey Blackett-Taylor replacing Elliot Lee after 20 minutes as Charlie Kirk drifted into the number 10 position, with Blackett-Taylor and Jonathan Leko alternating flanks.

Moments later, the Imps fashioned the first opening of the afternoon as Anthony Scully latched onto Regan Poole’s centre, only to skew his effort wide.

Chances continued to be at a premium for both sides as the opening period wore on, with Lasse Sorensen firing a speculative cross turned shot onto the roof of Craig MacGillivray’s net just before the half-hour mark.

The hosts started the second period sprightly, Lewis Fiorini feeding the onrushing Scully who, in turn, fizzed a dangerous cross across the Addicks’ six-yard box, but Pape Souaré was well positioned to avert the danger with Teddy Bishop lurking at the far post.

The Imps took the lead soon after, though, in hugely fortuitous circumstances, MacGillivray parrying Bishop’s centre onto substitute Stockley and into the back of the net.

MacGillivray was then forced into two stops in as many minutes, first gathering Bishop’s tame shot from range before denying Scully at his near post.

Lincoln did, however, bag a winner and it came in stoppage time, right-back Poole heading past a helpless MacGillivray after latching onto a deep cross at the far post.