Help us #FillTheValley for next Saturday's game against Plymouth Argyle 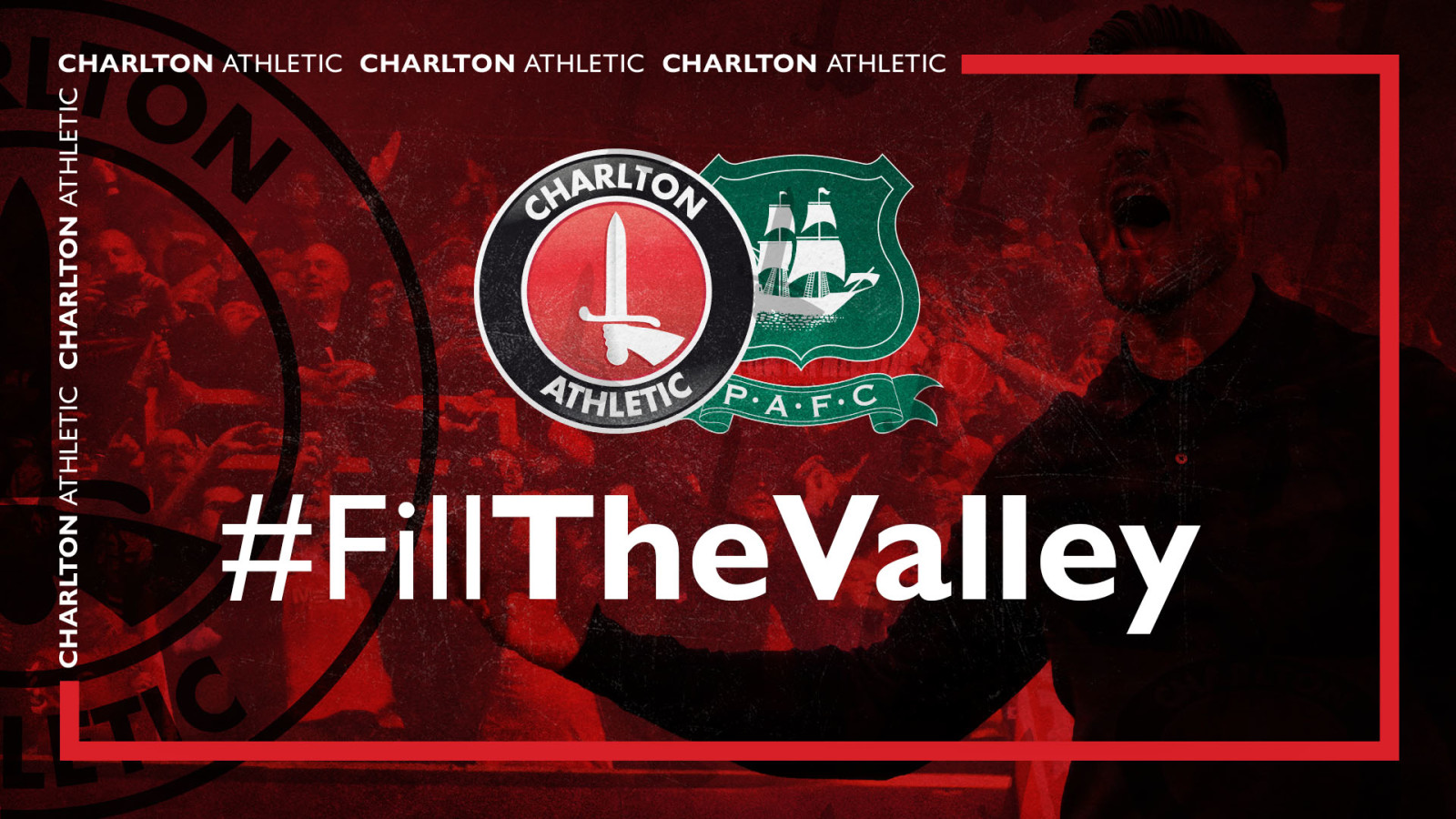 Charlton supporters can play their part in helping to #FillTheValley for the upcoming Sky Bet League One fixture against Plymouth Argyle with season-ticket holders able to claim up to three FREE tickets to bring along friends or family.

The game against the table-topping Pilgrims on Saturday, November 20th (3pm), will see the Addicks look to continue their good run of form under caretaker boss Johnnie Jackson.

The Valley has been rocking for the recent games against Doncaster Rovers and Rotherham United and, to extend our gratitude, the club would like to offer season-ticket holders the opportunity to give friends and family the chance to experience The Valley.

“The fans have been absolutely unbelievable since I first arrived at this club,” explained Charlton Owner, Thomas Sandgaard.

“They are so important to Charlton and can play such a big part in what we want to achieve on the pitch. They’ve showed just how much their support can make a difference recently.

“Charlton fans have a long history of contributing to the success of this great football club and I want them to be a driving force by bringing family, friends and neighbours to watch, as well as be part of the fantastic support and atmosphere that we have at Charlton.

“I want to thank all supporters who have been behind us this season, despite what was a difficult start, and as we move forward together, I know we can make our home a difficult place for other teams to come and play.”

Season-ticket holders will be able to invite up to three others to enjoy a day at The Valley for the November 20th match between now and 5pm on Tuesday, November 16th. The Valley has a home capacity of just over 23,000 and with 9,888 season-ticket holders, supporters are advised to claim their tickets as early as possible, to avoid missing out.

Claim up to three free tickets via the club’s ticketing website by clicking here, Alternatively, call the Ticket Office on 03330 14 44 44 or visit the Valley’s Ticket Office in person. Click here for our Ticket Office opening hours.

Click here for instructions on how to redeem your ticket online.

Supporters are urged to spread the word and encourage family, friends and neighbours to attend the match. Additionally there will be a return of a trending attempt on Twitter at 5pm on Monday, November 15th as the club attempt to get the #FillTheValley hashtag trending in the United Kingdom to help promote the match amongst social media users.