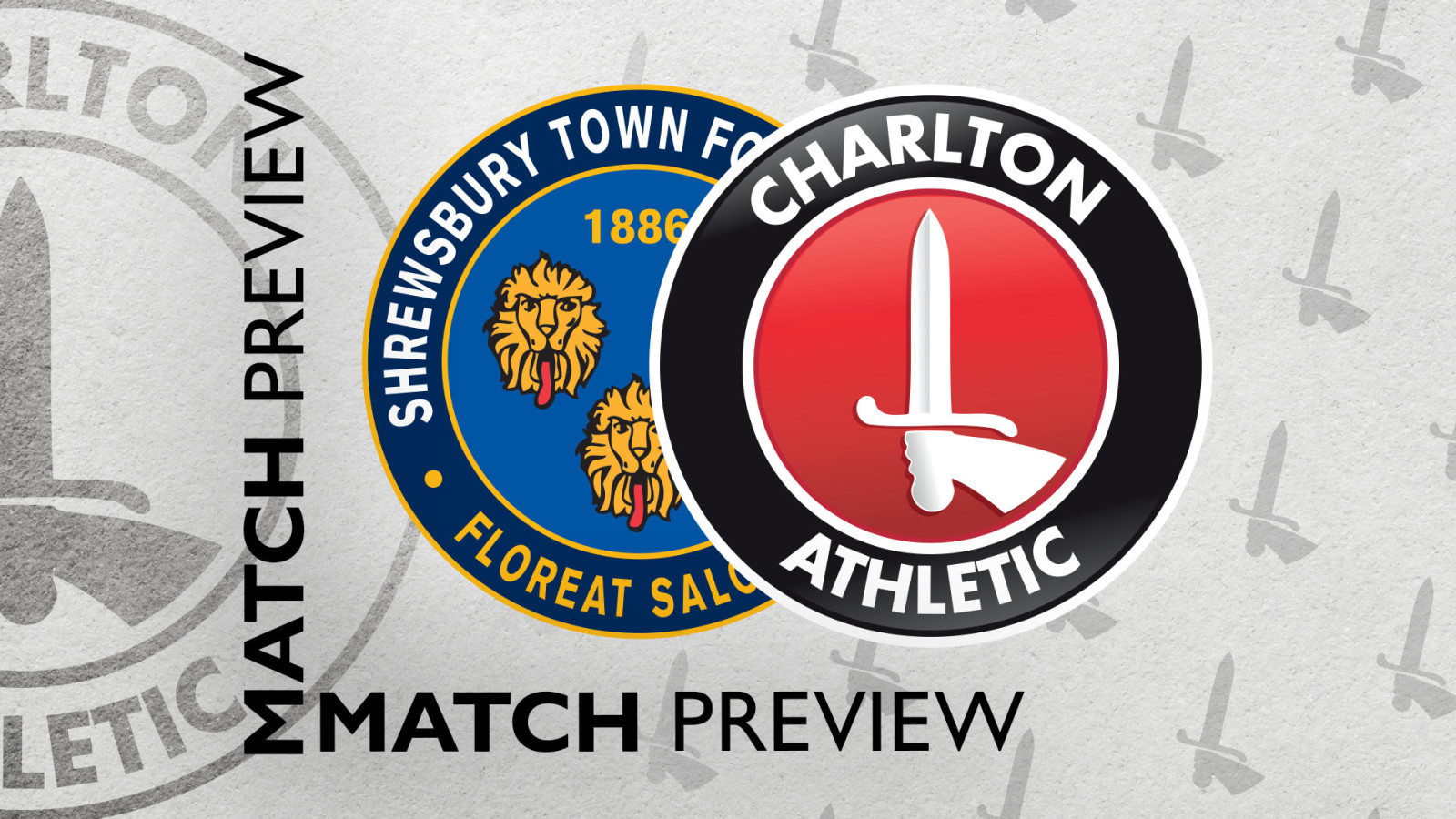 Charlton are back on the road again this Saturday as they head to Montgomery Waters Meadow to face Shrewsbury Town (3pm).

The Addicks continued their unbeaten Sky Bet League One run under Johnnie Jackson in midweek with a 2-2 draw at Morecambe, though will be looking to go one better with maximum points in Shropshire.

Speaking in his Friday press conference, Jackson revealed Pape Souaré and Jonathan Leko will both feature in the matchday squad having shaken off hamstring and hip injuries respectively, but the fixture will fall too soon for Adam Matthews (calf) and Jason Pearce (knee).

Elliott Bennett is available again for the hosts having served his one-match suspension in midweek, though captain Ethan Ebanks-Landell (hamstring), Aaron Pierre (knee) and Josh Daniels (ankle) are all injury doubts, with Shaun Whalley (thigh) a long-absentee.

Manager Steve Cotterill has also revealed the Shrews have appealed David Davis’ three-match suspension after the former Addick was shown a straight red card against Sunderland on Tuesday.

Enjoying their seventh consecutive campaign in Sky Bet League One, Shrewsbury currently sit just inside the relegation zone, though do boast a game in hand on 20th placed Gillingham.

Despite playing the entirety of the second period with 10 men after Davis’ dismissal, Cotterill’s side rallied to earn a 1-1 draw with Sunderland on home soil in midweek, Daniel Udoh levelling proceedings on 64 minutes to leave the Black Cats frustrated.

Charlton and Shrewsbury have gone toe-to-toe on 27 previous occasions with the Addicks winning eight, the Shrews 10 and the remaining nine encounters resulting in draws.

The last meeting between the two sides came at The Valley in March and saw Conor Washington secure the Addicks a share of the spoils, cancelling out Sean Goss’ second-half opener 12 minutes from time.

Charlton’s last visit to Shropshire, meanwhile, proved to be an agonising one as the Addicks were denied maximum points by Oliver Norburn’s stoppage time spot-kick after Ben Watson had broken the deadlock on 71 minutes with his maiden Charlton goal.

Tom Nield will be the man in the middle on Saturday afternoon. The official last refereed a Charlton fixture in March 2021 - a goalless stalemate at Oxford United.

Nield will be assisted by Christopher Husband and Steven Plane, while Danny Gratton is the Fourth Official.

The Addicks will be donning their white and black away strip at Montgomery Waters Meadow this weekend.

Tickets are cash only, with fans asked to note that there is no cash point near the stadium.

Supporters based outside of the UK and Ireland can watch every kick of action live on CharltonTV, with Addicks striker Stockley starring alongside Alan Curbishley and host Scott Minto in the CharltonTV studio, presented by DNEL Ltd.

Audio commentary of the game is available for CharltonTV subscribers in the UK and Ireland, with Steve Brown joining Greg Stubley and Terry Smith in the gantry.