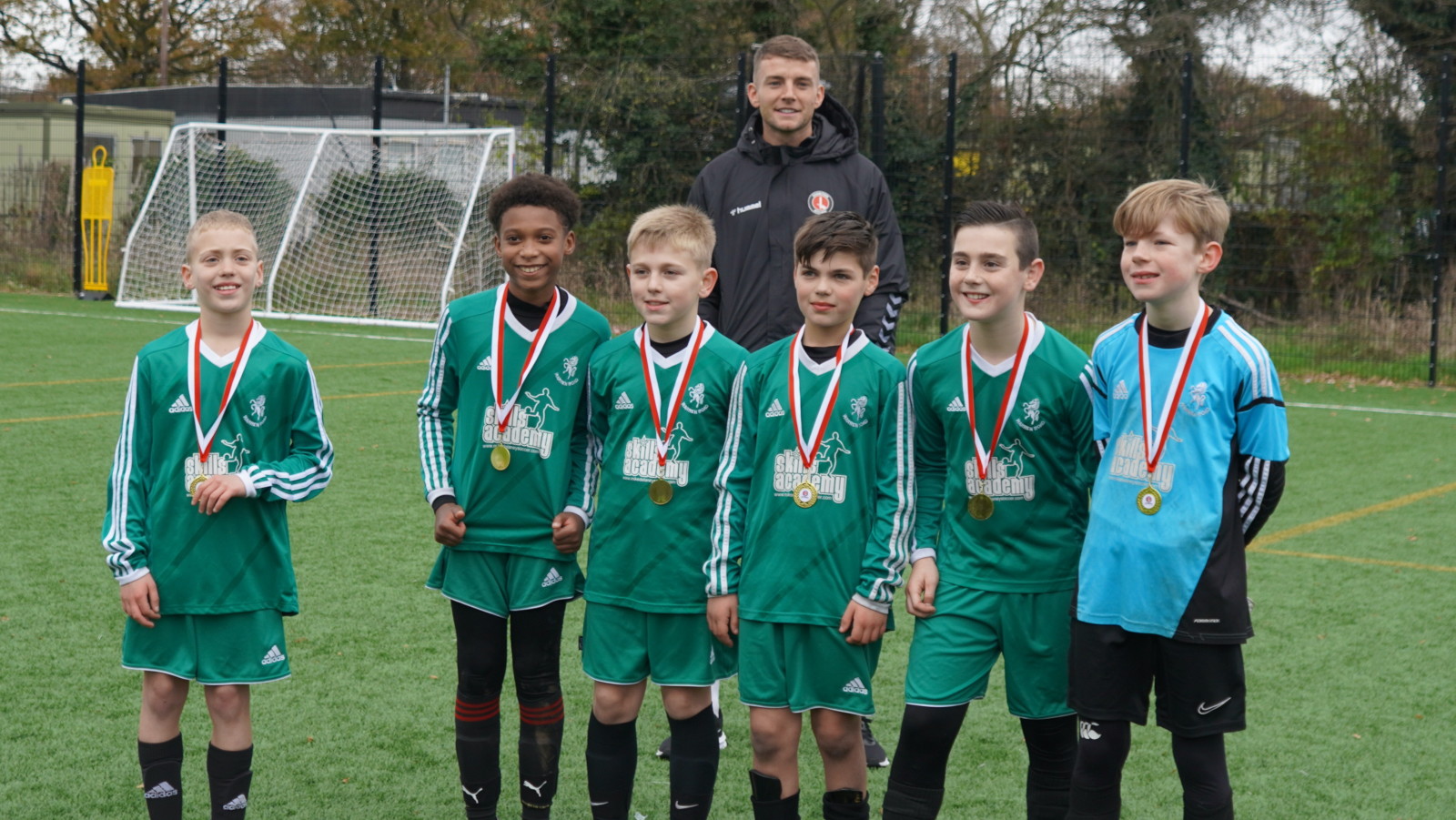 On Friday 26 November, Alexandra Park School came out victorious in our Girls Cup tournament against 22 other schools. They will now go on to represent Charlton in the area finals in January where they will take on schools representing Fulham, Millwall, QPR, Wimbledon, Leyton Orient, Gillingham and Sutton United.

Charlton Athletic Women player Ella Rutherford came by to see how the girls were getting on and offer advice to the aspiring footballers along with men’s first team player and Professional Footballers’ Association Disability Ambassador, Jason Pearce.

When asked about the day, Ella said: “It was really good to see so many young girls taking part and playing football. I really enjoyed the visit and I hope these girls continue to follow their dreams.”

Asked what advice he would give to the young people, Jason said: “Enjoy every moment and always try your best!”

On Friday, December 3rd, Warren Road Primary School from Orpington triumphed in the Kids Cup tournament. They will now get the chance to represent Charlton in the next round of the Cup. Men’s team defender Sam Lavelle visited the young people and answered some of their questions.

When asked what advice he could give to the young footballers, Sam said: “Keep working hard, keep listening to your coaches and try different things away from football as well.”

Bradley Marshall, CACT’s Senior Football & Sports Development Officer, said: “Congratulations to both Alexandra Park School and Warren Road Primary for winning our EFL Utilita Girls and Kids Cups. We’re looking forward to seeing you represent Charlton and cheering you on in the next round.

“It was great to host a football tournament here at Charlton Athletic’s Training Ground after such a long time and see young people getting stuck into competitive sport. The young people really enjoyed interacting with the Charlton players and asking them all about football.”

The Club hosted the launch of the EFL Kids and Girls Cup at The Valley in October.