DONE DEAL | Chuks Aneke is back! 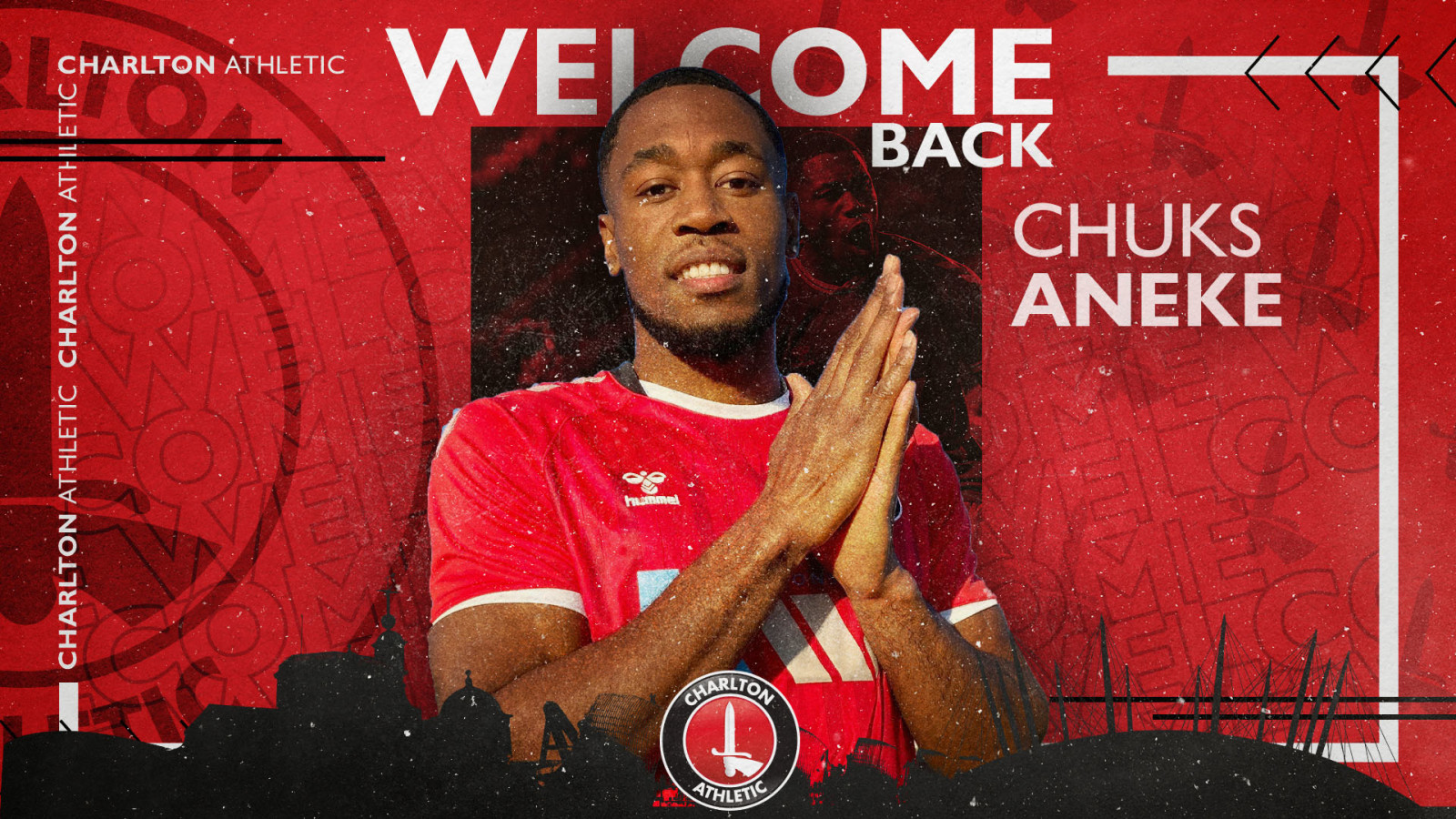 Charlton are delighted to confirm the permanent signing of Chuks Aneke from Birmingham City for an undisclosed fee.

The striker has penned a three-and-a-half year contract to return to the Addicks where he netted 15 league goals last season.

The 28-year-old trained with the men’s first team on Friday morning and will be available for Saturday’s trip to Cheltenham.

Speaking to CharltonTV Aneke explained he was delighted to be back at The Valley. He said: “It feels good, I have come in today and seen the boys, familiar faces and surroundings, I am buzzing to get going.

“Last season I scored quite a few goals and it was quite successful, it’s just picking up where I left off, I feel very comfortable.

"When I was here last, Jacko was assistant and we worked quite a lot on the pitch together, so I imagine it will be the same again. I'll be trying to come into the team and use my influence to score some goals, get some assists and be that focal point for the team, that is where I am thinking and what he [Johnnie Jackson] is expecting of me."

He becomes the first player to be signed since Johnnie Jackson was appointed as the club’s permanent Manager in December. Jackson said: “I am delighted to have Chuks back at the club, he is someone I know really well having worked with him previously, he is someone I was really keen to work with again. We all know his qualities and what he can bring to the squad. Bringing in a player that can score goals was something we were looking at and Chuks is someone that can come in and help with that and provide."

Charlton Owner, Thomas Sandgaard, said: “I am very happy we’ve been able to welcome back Chuks. As we saw last season, he brings goals to the team but also adds a lot more than that. He has quality on the ball and is a good passer. We know opposition defences won’t want to be going up against him. I am really looking forward to watching him play for us again.”

Supporters can watch Aneke’s first interview after returning to the club during the CharltonTV pre-show ahead of Saturday’s trip to Cheltenham.

Aneke’s first game back at The Valley is set to be the visit of Fleetwood Town next weekend. Simply click here to get your ticket.