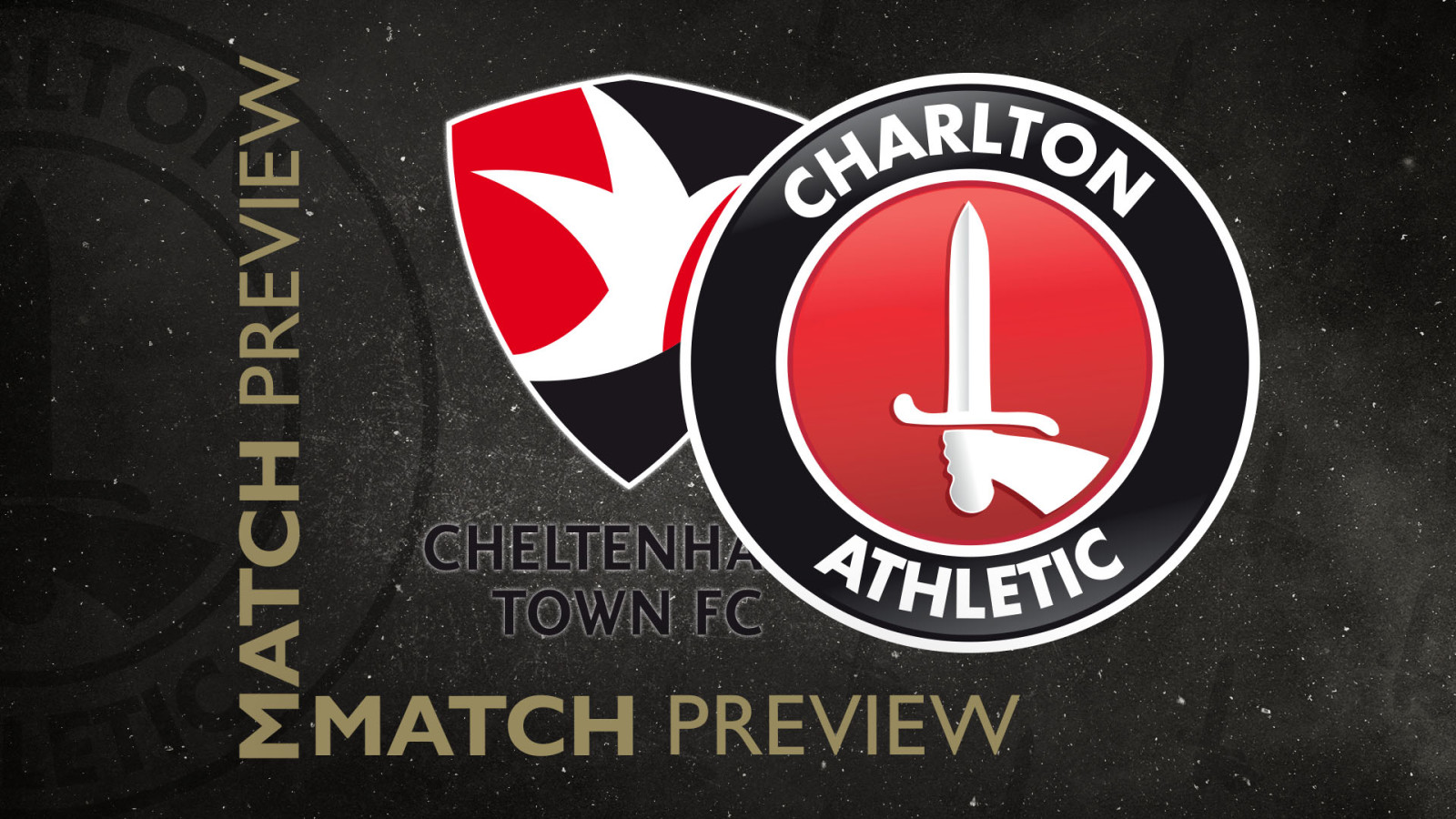 The Addicks are on the road for the second time in three days on Saturday afternoon (3pm), when they travel to the Jonny-Rocks Stadium to take on Cheltenham Town in Sky Bet League One.

Having suffered a disappointing 2-1 reverse at Crewe Alexandra in midweek, Johnnie Jackson’s side are now winless in three in the third-tier.

Charlton will be without Sam Lavelle (groin), Jake Forster-Caskey (ACL) and Jayden Stockley (hip) for the Gloucestershire trip, though Craig MacGillivray could return following the birth of his first child.

Aaron Ramsey is poised to make his Cheltenham debut having joined on loan from Aston Villa on Tuesday, while Grant Horton (COVID), Ellis Chapman (COVID) and Dan N'Lundulu (knee) will be assessed.

However, George Lloyd (abdominal) remains absent for the hosts.

Cheltenham come into the game sitting just a point above the Addicks in 13th, though Michael Duff’s side have now gone seven league games without tasting victory.

The Robins played a 1-1 draw with Burton Albion on home soil last time out, preceded by another 1-1 draw against Oxford United at the Kassam Stadium.

Saturday’s meeting will be just the third between the two sides, and the Addicks’ first league encounter at the Jonny-Rocks Stadium.

The Robins ran out 2-1 victors in the reverse fixture at The Valley in September thanks to first-half goals from Matty Blair and Taylor Perry, despite Jonathan Leko’s 59th-minute strike.

Our last visit to the Jonny-Rocks Stadium, meanwhile, came in the EFL Cup in August 2016, with Harry Pell’s 17th-minute strike seeing the hosts prevail.

Sebastian Stockbridge will be the man in the middle on Saturday afternoon. The official last refereed a Charlton fixture in September 2017 - a 3-1 victory at Fleetwood Town.

Stockbridge will be assisted by Leigh Crowhurst and Ollie Williams, while Brett Huxtable is the Fourth Official.

The Addicks will be sporting their black and gold third strip in Gloucestershire.

Travelling fans collecting pre-paid tickets can do so from the red ticket booth adjacent to the Hazlewoods Stand.

All tickets for the game are SOLD OUT!

Supporters based outside of the UK & Ireland can watch every kick of Saturday’s clash live on CharltonTV, with former Addicks striker Steve Jones joining host Charlotte Richardson and Steve Brown in the CharltonTV studio, presented by DNEL Ltd.

Meanwhile, live audio commentary of the game is available for CharltonTV subscribers in the UK and Ireland, with Terry Smith and Greg Stubley in the gantry.