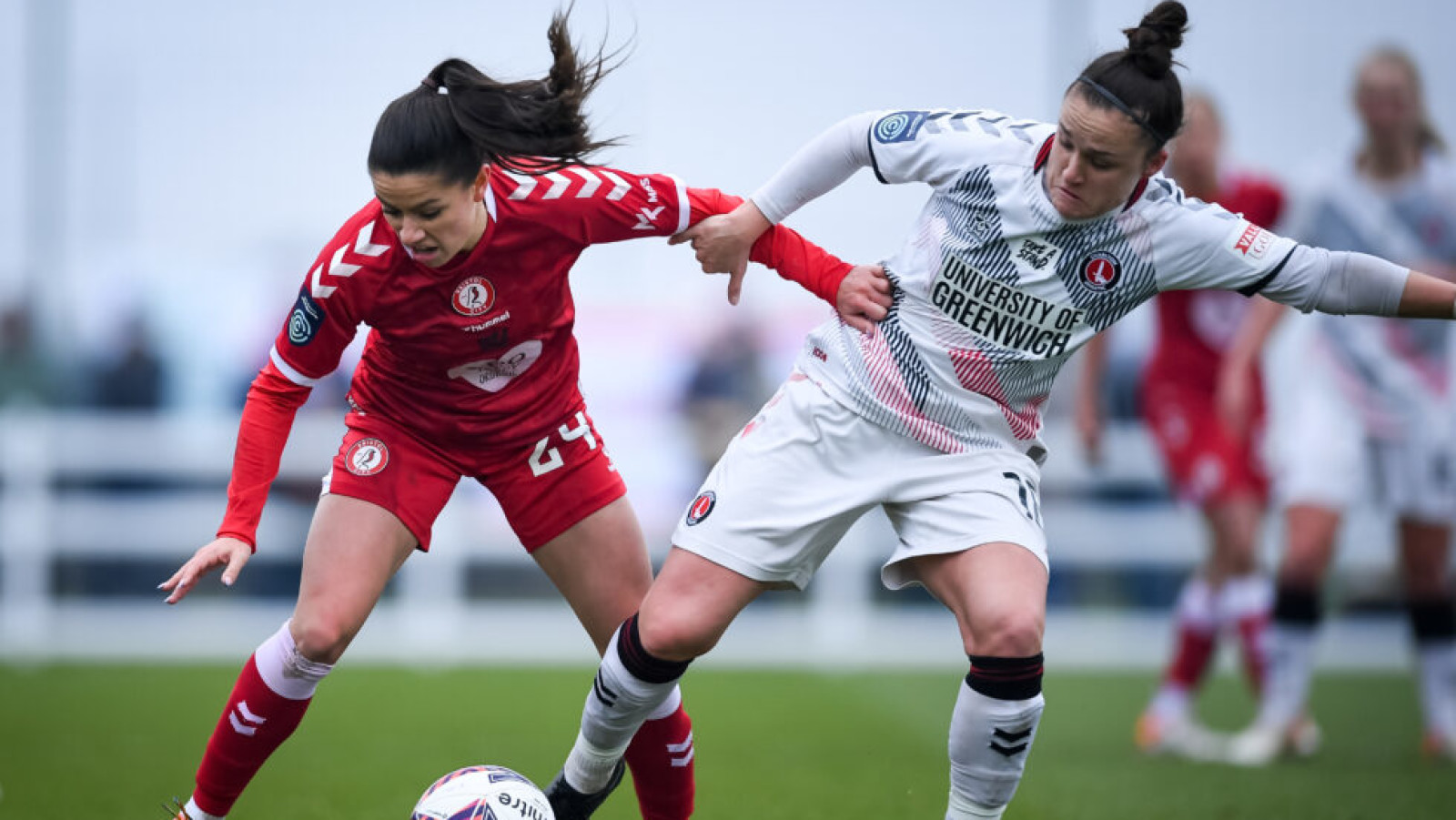 Goals from Lois Heuchan and Elise Hughes lifted Charlton Athletic to third place in the FA Women’s Championship with a dominant 2-0 win against Bristol City on Sunday.

Heuchan’s stunning half-volley opened the scoring just before the half an hour mark with Hughes poking home to complete the victory 17 minutes from the end.

An unchanged Charlton side made a good start, pressing Bristol high, though it took a while for a chance to come. In fact, it was the visitors who had the first opportunity of the clash when a cross fell for the unmarked Chloe Bull but a miscued volley let the Addicks off.

But the visitors started to carve out chances of their own afterwards. Megan Wynne had a cross-shot land on the roof of the net with Heuchan volleying wide across the goal shortly after.

They didn’t have long to wait to break the deadlock, however, when Hughes picked the ball up from a throw-in, turned her marker and sent in a deep cross that Heuchan met the first time to volley it into the top corner, giving keeper Fran Kitching no chance.

Another chance came and went for Bull when she again mis-kicked an attempted volley, but the hosts found themselves largely pinned back inside their own half. Lois Roche volleyed a Wynne cross wide, while Mia Ross was unlucky to see her 25-yard drive fly narrowly over the bar.

Again it was the home side who fashioned the first chance after the interval but substitute Gwen Davies shot well over when trying to make an immediate impact.

Elisha Sulola almost had the goal at her mercy but a defender did well to clear from under her nose.

Charlton came close to doubling their advantage on 53 minutes when Beth Roe struck well but Kitching got down well to push the danger away before being alert enough to claw a cross-shot off the line.

The Addicks had the ball in the back of the net three minutes later when Anna Filbey shot goalwards on the turn but Ross was ruled offside when she tapped the ball home from close range.

The second goal finally came on 73 minutes. Roche whipped a corner in towards the penalty area that Filbey headed across goal and Hughes was on hand to slam home.

It could have been even better for the away side when Jorja Fox looped a shot on goal that Kitching did well to backpedal and tip onto the crossbar with Filbey shooting over on the follow-up.