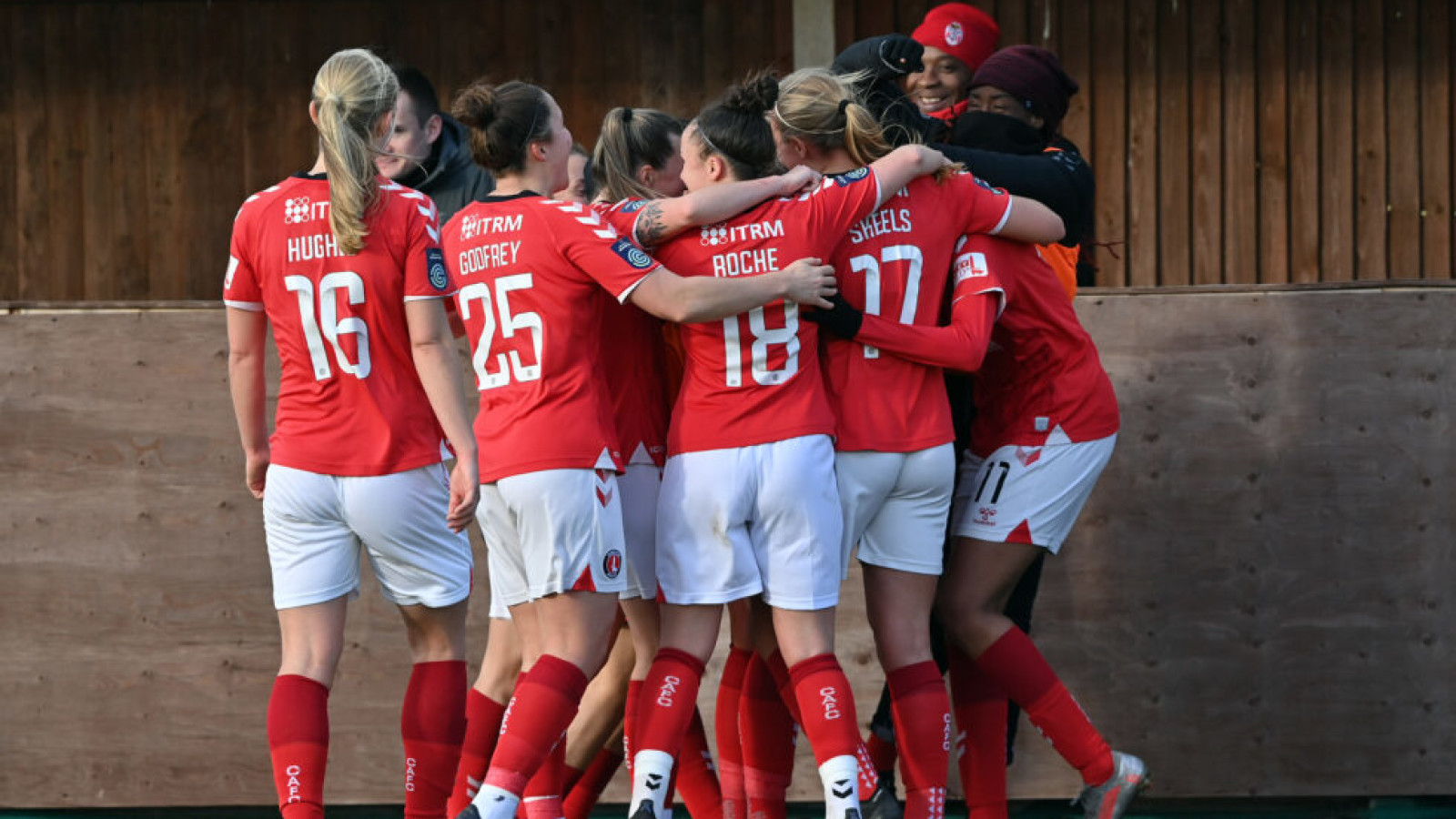 A brace from Elisha Sulola fired Charlton Athletic to a 3-0 win over Watford in the FA Women’s Championship at The Oakwood on Sunday.

Midfielder Lois Roche opened the scoring after just eight minutes with Sulola adding two more before halftime as the Addicks leapt up to second in the table with victory.

In tricky, windy conditions, it was Charlton who took the initiative, attacking from the off. Elise Hughes was first played through and squared to new signing Katie Robinson, who couldn’t quite connect and guided the ball wide with the goal at her mercy.

But it was less than 60 seconds before the opening goal came when Robinson pounced on a loose pass out of defence, laid the ball off to Roche who calmly curled past Georgia Ferguson from 20 yards out.

Watford had some chances in between waves of pressure but Emma Beckett had their first shot on target on 14 minutes only to see it easily saved by Eartha Cumings.

A superbly incisive through ball from Lois Heuchan then bobbled just out of the reach of Hughes and allowed Ferguson to come out and deny her.

Just after the half an hour mark, Sulola doubled the hosts’ advantage when she charged down an attempted clearance by Ferguson and the ball cannoned off her body and into the net.

Again, a rare foray forward from the visitors saw Adekite Fatuga-Dada shoot goalwards but Cumings was equal to it once more.

The game was effectively over five minutes before the interval when Robinson and Hughes combined with a one-two and the Brighton loanee cut back to Sulola to fire home.

The second half was a more even affair, with a triple half-time substitution seeing Watford change tack and try to get at their opponents. It worked and they had much more possession, but never really tested Cumings.

In fact, it was still Charlton who came closest first, after an hour, when a rampaging run down the left flank from Jorja Fox took her into the penalty area but a well-timed tackle from behind robbed her of the ball just as she was about to pull the trigger.

Watford’s best opportunities of the afternoon came from a pair of dangerous Fatuga-Dada corners. The first cannoned back off the crossbar and the second was whipped across goal but just out of the reach of Teyah Goldie at the back post.