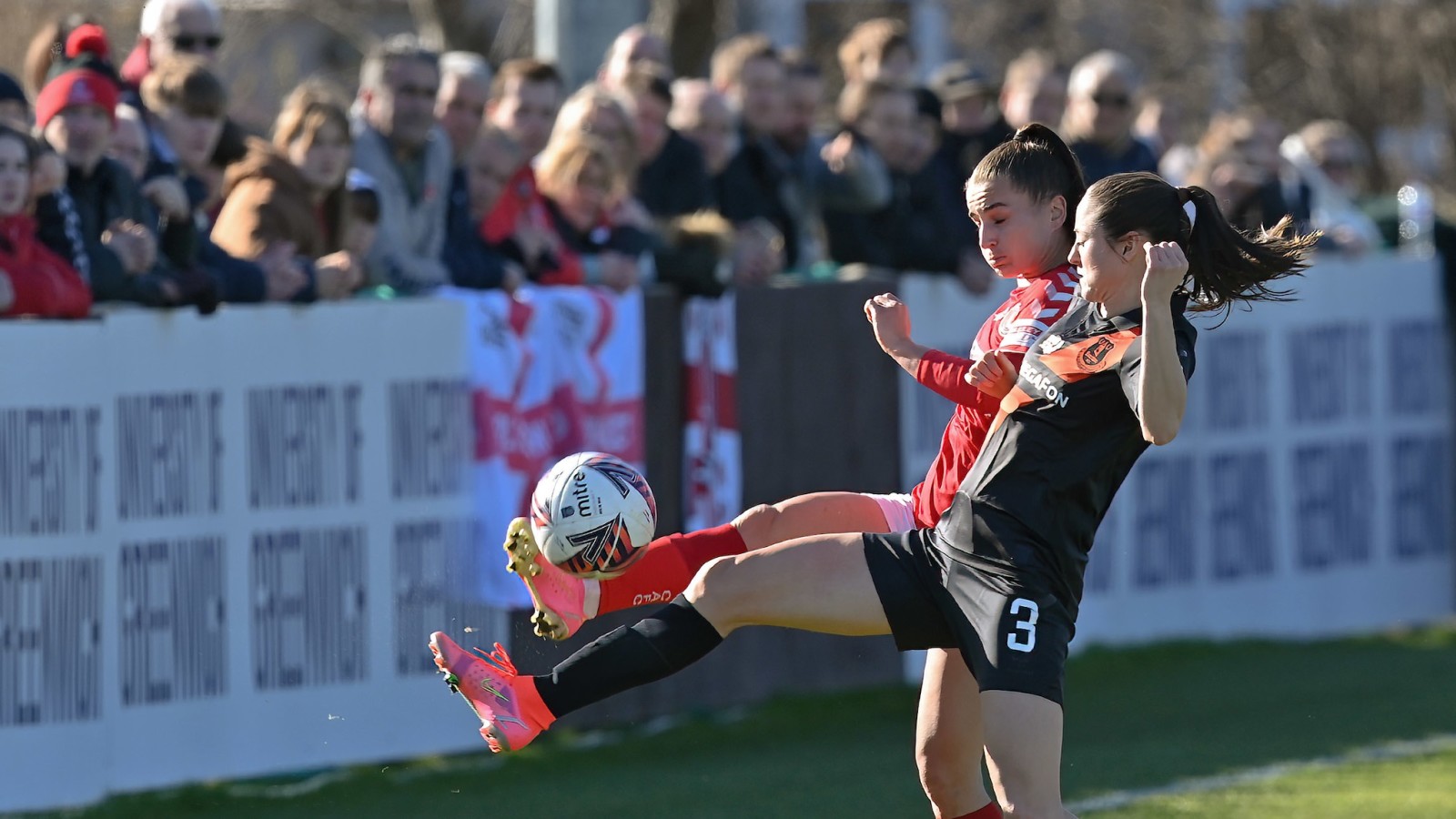 Charlton Athletic bowed out of the Vitality Women’s FA Cup after a 2-0 defeat against FA Women’s Super League side Everton at The Oakwood on Sunday.

Goals from Kenza Dali and Anna Anvegard wrapped the victory up for the Toffees.

Charlton had the best of the opening chances when Megan Wynne won the ball high up the pitch and fed Lauren Bruton, who turned and played Katie Robinson through but the striker could only dig her shot wide.

The visitors upped the pressure around the half an hour mark, with only a stunning Eartha Cumings save from point-blank range denying Toni Duggan from opening the scoring.

The deadlock was broken on 33 minutes when Dali picked the ball up on the left flank and lifted an effort out of the reach of Cumings and into the top corner.

Robinson for the Addicks and Danielle Turner for Everton had shots before the interval.

Cumings was brought into action again after the break, denying Duggan with her legs. The two sides swapped possession but few chances of note were forthcoming.

The winning goal came with 17 minutes left when Cumings made another excellent point-blank save from Anvegard but she could only parry the ball up in the air and the Swede was on hand to nod home at the second attempt.

The hosts tried in vain to get themselves back into the contest with time running out. Substitute Lois Heuchan and Robinson both saw late shots blocked and Mia Ross saw a hit from 25 yards out fly over. Everton could have made it three but Claire Emslie’s well-struck first time effort clipped the top of the crossbar.