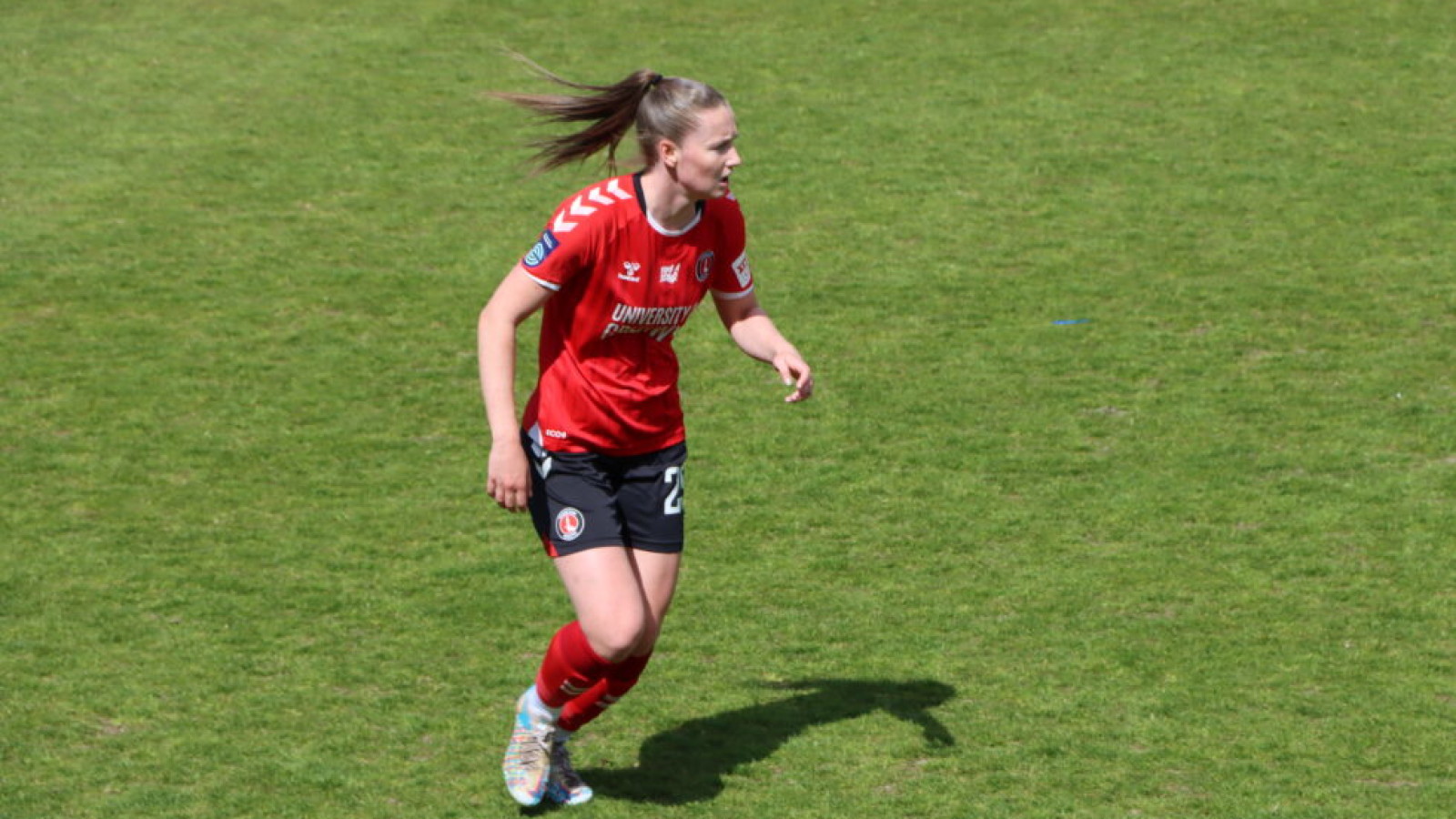 A dominant Addicks display which witnessed three first-half goals from Mia Ross, Emma Follis and Lois Heuchan wrapped up all the points for The Addicks at Blackburn Rovers.

Charlton came flying out of the blocks applying pressure to Roves early on and just after the ten-minute mark, The Addicks went ahead after Katie Robinson flew up the right-hand flank and slotted her pass perfectly to Mia Ross who was patiently waiting to send her strike into the bottom corner.

Karen Hills’ side continued to dominate with both Elise Hughes and Lois Huechan trying their luck but denied by Alexandra Brooks between the sticks.

Blackburn then came searching for an equaliser after being awarded a free kick, but Annabelle Blanchard could only drive her shot as far as the wall. Shortly after the hosts were awarded another free-kick, this time the ball was comfortably gathered in the air by Natalia Negri.

On the half, our mark Emma Follis doubled The Addicks’ lead after firing her effort home on the edge of the area.

Just on the stroke of halftime, the Addicks gave themselves a three-goal cushion after Lois Heuchan poked the ball beyond stretching Brooks from close range.

Blackburn returned from the interval searching for a way back into the game. Lauren Thomas drove down the middle of the park and dispatched her shot, but it went straight into the hands of Negri.

Charlton almost extended their lead at the fifty-minute mark when the ball pinballed in the area and fell to Kiera Skeels who drove her shot low and hard from just a few yards out, but Brooks managed to get down to her right quickly to make the save.

Donnelley’s side very nearly found a way back into the game at the hour mark, when Richards fired her shot goalward but thanks to a great goalline clearance from Hannah Godfrey the Addicks held onto their clean sheet.

Shortly after the clearance Ella Rutherford entered the field full of energy, she had a shot on goal almost immediately, but Brook came out to make a save with her legs.

Blackburn continued to knock on the door but thanks to some resolute defending by Karen Hills’ Addicks the home side couldn’t find a way through.

Jess King imposed the final threat of the afternoon, but her strike only went as far as the palms of Brooks. The win moves The Addicks to within a point of 6th place Sheffield United.

Charlton will play their final game of the 2021/22 campaign on Sunday, May 1st against Durham, click here to secure your tickets.