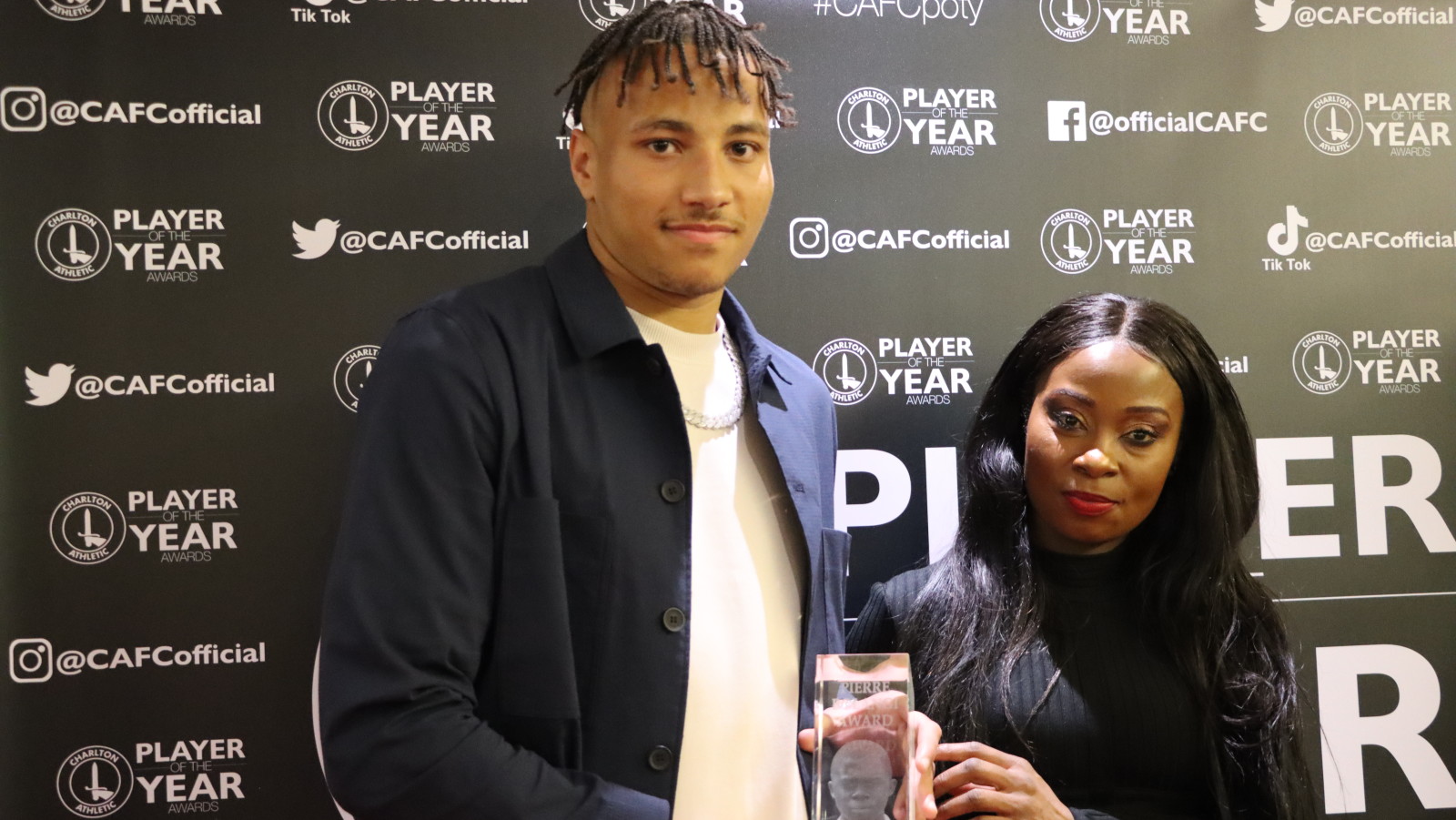 U18 defender Seydil Toure was the recipient of the inaugural Pierre Bolangi Award at the club's annual Player of the Year dinner.

The award, given to an U18 player who has demonstrated Pierre's characteristics of resilience, leadership, optimism and compassion, was created by former Addick Kevin George and Angelique Bolangi, Pierre's sister, to allow Pierre's Charlton legacy to live on.

“Seydil's story is amazing," said George. "I think he's been injured for two years; Steve Avory was talking to me about that and the fact he can still plough on and be optimistic in that journey is great.

"It’s brilliant to hear that he is the first winner. We've been speaking about this award for a while, so I'm happy we've got it off the mark and he sounds like a super talent as well which is even better.

"Pierre was the leader without being the skipper," George added. "He connected with people and was optimistic regardless of the stresses of football. What I came to find out was that he had to face real challenges off the pitch that most people were not aware of and he was still able to come in every day with a smile on his face.

"As traumatising as the event was, we have been able to create our own legacy, but that opportunity was taken away from Pierre. I've just been thinking of ways to continue his legacy in a positive way and the award was one of those."

Speaking after collecting his accolade, Toure said: “It’s an honour to be the first recipient of the Pierre Bolangi award. It's a tragic story behind the award; he was a very talented player who sadly lost his life on the pre-season tour. It's an honour to be given the same qualities as such an important person within the club. I feel very honoured."

Steve Avory, Academy Director, added: “Seydil is certainly deserving of that first award. He's a second-year scholar but he's had two very frustrating years through a recurrent injury. Nevertheless, he's been determined to get fit even though he’s had some setbacks in that time.

"Once again we’re giving a player an award because we feel he deserves that opportunity. He’s been recognised as the first recipient of this award and deservedly so for the qualities he’s shown in such a tough time.”