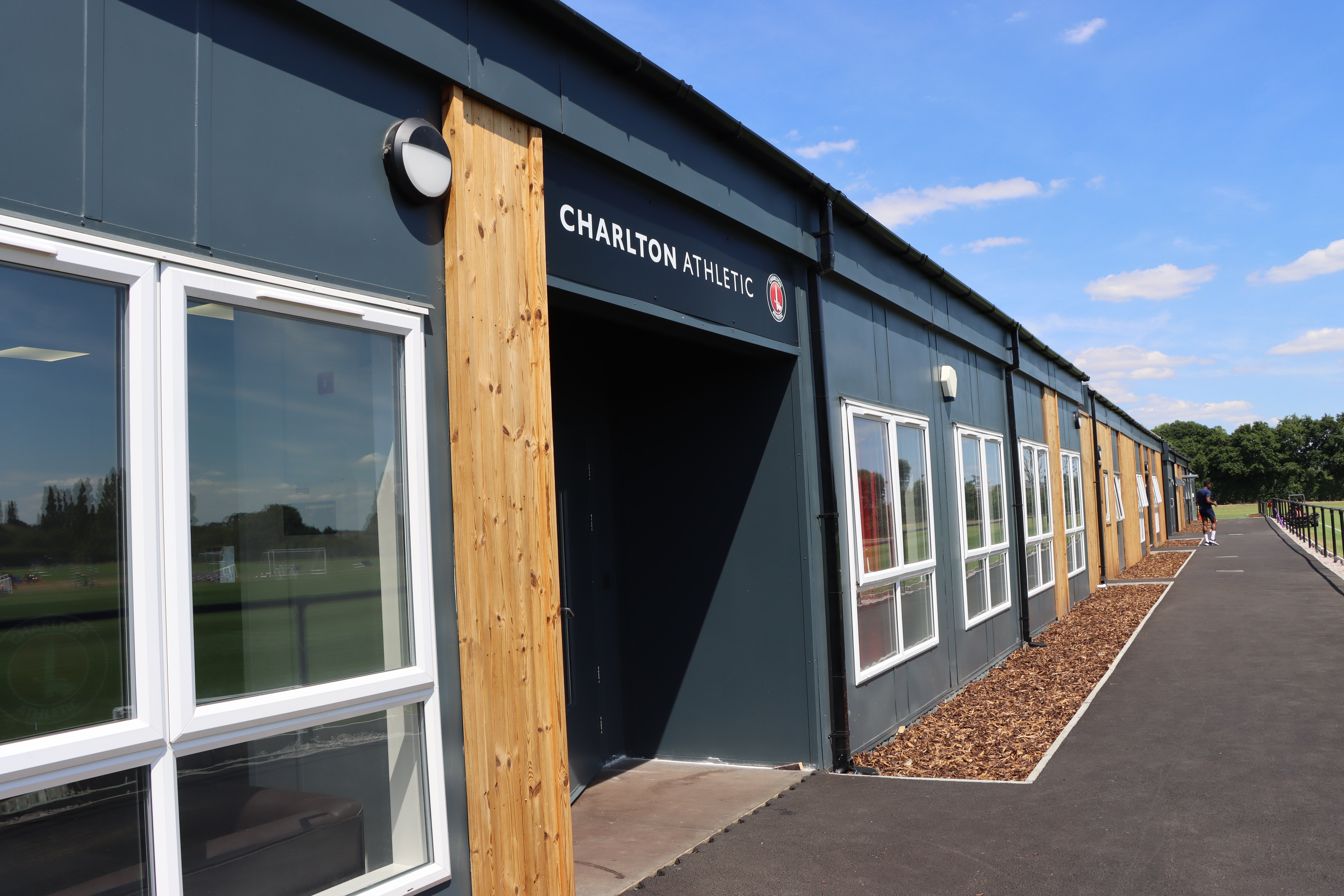 Over the summer months, the club’s operations team were hard at work getting a much-improved Sparrows Lane training ground ready for the 2022/23 season.

The upgrades have seen a new area installed for the men’s first-team, allowing the academy to move into the club’s long-standing brick building at Sparrows Lane.

Valley Gold Chairperson Matt Baker explained: “There have been developments going on at the training ground over the last few months that people are aware of. We have been very keen from a Valley Gold perspective to continue to support the academy and the infrastructure there, particularly as we are trying to push for category one status.

“We knew that the facilities needed to be improved for that so we have been able to give £163,000 towards improving the facilities for the academy over there which we are pleased with.”

Founded in 1989 to help finance the club’s return to The Valley, Valley Gold now enables fans to support the club in unearthing the talents of tomorrow.

Baker explained why supporting the training ground improvements was possible. He said: “Because of the last few years with Covid, we have not been able to send the teams on tours and trips like we are keen to do, although that is starting to pick up again now. We just had the Valley Gold Invitational Tournament at The Valley a month or so ago which was the first time we have been able to do that in a few years.

“This has meant that we have built up some money so we were able to do a massive donation like that towards the developments. We are keen moving forward that we continue to get the boys on trips, travelling around again in different tournaments, but that is why we have been able to make a big donation.”

The club’s academy is one of the most productive in England, in part thanks to the donations of Valley Gold.

Baker said: “I think we [Valley Gold] are vital, over the years I believe we have been the major contributor towards the academy. I know [Academy Director] Steve [Avory] speaks very highly of Valley Gold and the other coaches do as well, they are really pleased that we are able to do this.

“I am very pleased, it is obviously the fans that are giving towards this and I know that they are keen that we continue to develop. We have got a fantastic academy and I know we say it year after year, but we continue to produce on the pitch and see our young players do so well.”

It was another productive year for the Addicks' academy, with numerous players making their men’s first-team debuts.

Baker said: “We want to see the boys out there performing for us. At the Player of the Year event the Valley Gold Young Player of the Year award went to Daniel Kanu and it was lovely chatting to him. I think he ended up scoring 41 goals this season! To see a young, local lad coming through, scoring at that level, we want to see him stepping up, he has made a couple of appearances for the first team but I don’t think he has touched the ball yet!

“Deji [Elerewe] did well at the start of the season as well. You would like to think that moving forward, in the next couple of years, they could be key for us, playing in the first team. It is very exciting.”

The Valley Gold Committee remain focus on supporting the development of the academy.

Baker added: “Supporters can get involved by continuing to join or be part of Valley Gold, by paying their £10 a month, whether they do it monthly or annually. For that they are then in the matchday draws, crossbar challenge, discount in the club shop and we have the box as well. There are various different benefits in there and chances to win money.

“From our perspective looking forward I have mentioned trips. As we start to move through Covid now it is starting to open up again, looking at the different age groups and the different tournaments. One of the things I like about the Valley Gold Academy Day is when the boys walk around, the fans can see that this isn’t just about the U23s who are breaking into the first team; it is about the eight, nine, 10 or 11 year olds.

"I was chatting to one of the players who had been on the trip to Argentina a few years ago and he said what a life changing experience that was for him. It is things like that, even a trip up to the north east for a tournament together at a certain age means a lot to them, going out to Northern Ireland... there are all these kinds of things that are in our minds moving forward. We will see more of that over the next year or so.”