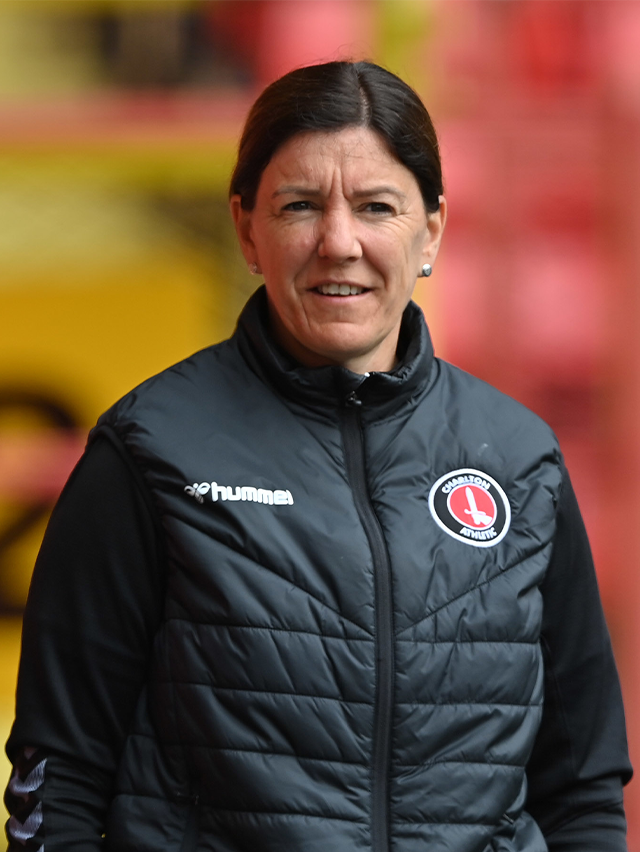 Hills assumed her role with the Addicks after an 11-year tenure with Tottenham Hotspur Women, playing a key role in the growth and development of the team between 2009 and 2020.

During that period, she presided over a series of promotions as the club moved from an amateur side to a full-time professional outfit playing in the Barclays Women's Super League, English football’s top tier.

A former Addick between 2001 and 2007, the defender was part of the Charlton outfit that famously won the FA Cup in 2005.

In Hills’ first season as Head Coach - and Charlton's inaugural season as a fully professional outfit - she guided the Addicks to a fifth-place finish. Charlton went on an incredible run shortly after the Christmas break, going 882 minutes without conceding - a feat that Hills praised as a team effort.