Charlton kicked off their 2022/23 Valley campaign in style on Saturday afternoon as Corey Blackett-Taylor's second-half strike earned the Addicks victory over Derby County.

The newly-relegated Rams dominated proceedings early on in SE7, but the Addicks soon came into their own and took a deserved second-half lead through Blackett-Taylor, who converted a lightning Charlton counter-attack on 62 minutes.

Summer signing Conor McGrandles was handed his Addicks debut as one of two changes made by Manager Ben Garner, with Charlie Kirk starting on the left flank.

The visitors made the brighter start of the two sides and forced Joe Wollacott into two smart stops in the opening exchanges.

First, Wollacott denied James Collins from close range before producing a superb reflex save to keep out Nathaniel Mendez-Laing's deflected back heel from the resulting corner.

That trend continued as Wollacott flew to his right to keep out Mendez-Laing's curler.

McGrandles was forced off after 31 minutes as a concussion substitute, with George Dobson replacing the midfielder.

Having weathered an early Derby onslaught, the Addicks grew into the half and soon enjoyed a flurry of chances of their own.

Kirk was the beneficiary as Rams skipper Curtis Davies ceded possession 35 yards from goal, but the winger opted to try and catch stopper Joe Wildsmith off his line and fired well wide.

Kirk was involved again moments later, this time delivering a pinpoint cross for Jayden Stockley to meet, though the skipper was denied by Wildsmith at close quarters.

On the stroke of half-time, Collins latched onto Wildsmith's long ball forward in a promising position, only to fir against Wollacott's right upright on the angle.

The Addicks started the second period with real intent, with two chances falling to Stockley.

Having met Blackett-Taylor's centre, Charlton's number nine saw his header saved by Wildsmith before dragging an effort wide from the edge of the 18-yard box.

The roof was raised at The Valley on 62 minutes when Blackett-Taylor stroked home in front of the Covered End. A deft touch from Kirk sent through Albie Morgan, whose initial effort was saved but only as far the advancing Blackett-Taylor who converted from close range.

The visitors spurned a gilt-edged chance at the other end, as Jason Knight somehow nodded wide from Max Bird's cross with the goal at his mercy.

Garner's men continued to threaten and Morgan very nearly caught out Wildsmith at his near post, though the goalkeeper scrambled to his left to turn the ball behind. 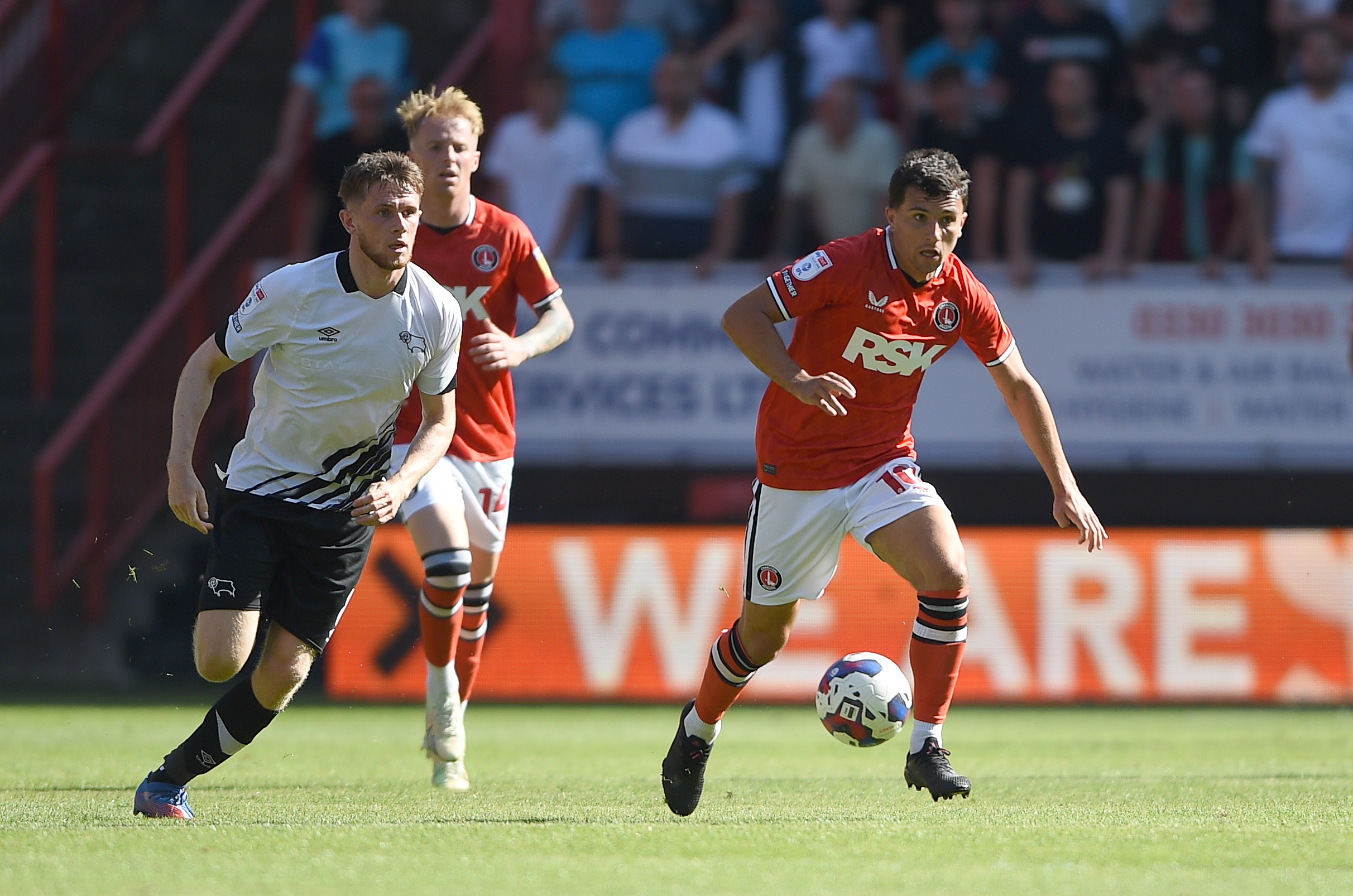 Garner introduced a trio of substitutes late on as Miles Leaburn, Jack Payne and Diallang Jaiyesimi all entered the fray, with academy graduate Leaburn and summer signing Payne both making their Valley debuts.