Charlton were denied a fairytale finish at Accrington Stanley on the opening-day of the 2022/23 League One campaign.

Scott Fraser opened the scoring on 36 minutes with his first goal for the Addicks, before Accrington levelled through captain Sean McConville in the second half.

The Addicks thought they had won it through debutant Miles Leaburn, who nodded home fellow debutant Jack Payne's cross four minutes into injury time, only for Korede Adedoyin to rescue a points for the hosts with virtually the last kick of the game.

Garner's side started sprightly in Lancashire and created the first opening of the afternoon through Sean Clare, who fired over Lukas Jensen's crossbar on the angle after latching onto a well-weighted through ball from Diallang Jaiyesimi.

At the other end, Matt Lowe headed over Sean McConville's deep free-kick before Wollacott produced a smart save to keep out Shaun Whalley's venomous drive.

The Addicks took the lead on 36 minutes as Albie Morgan spearheaded a lightning Charlton counter-attack. The academy graduate carried the ball forward some 40 yards yards before feeding the advancing Jaiyesimi, who put the ball on a plate for Fraser to calmly sweep home from 10 yards. 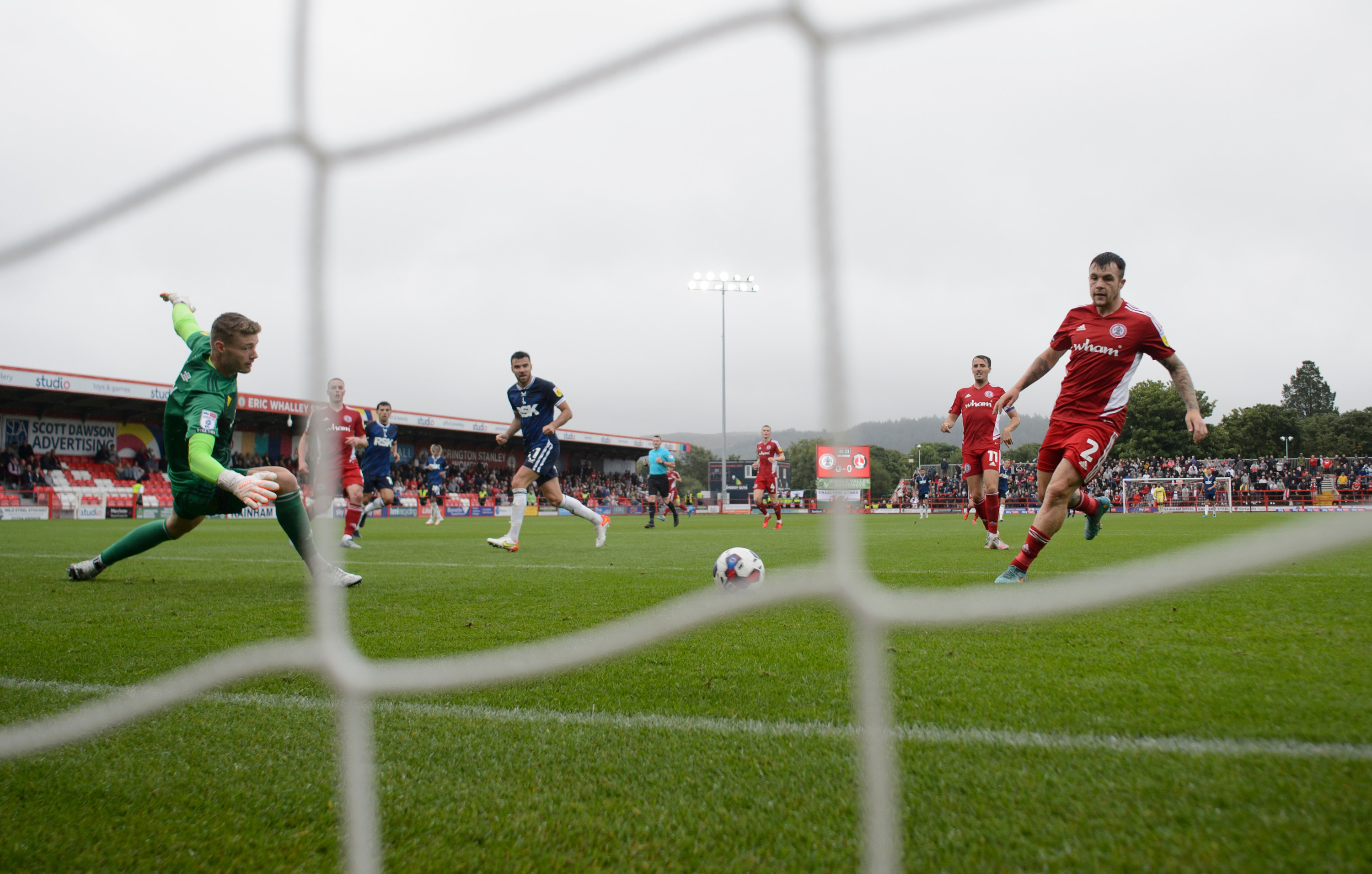 Another liquid Charlton move followed on the stroke of half-time, culminating with Clare feeding Morgan who sent a rasping drive over Jensen's crossbar.

The hosts administered an immediate flurry of chances after the restart with Pritchard sending a left-footed effort fizzing past Wollacott's left upright, before Liam Coyle headed over McConville's free-kick from close range.

A tame pass out from the back soon presented Accrington with another chance as Ethan Hamilton's shot span into the path of Lowe, but a vital intervention from O'Connell ensured the forward's effort drifted wide.

Morgan delivered an excellent cross from the right for Stockley at the other end, though the skipper's header bounced agonisingly wide.

Wollacott produced a pair of outstanding stops either side of the hour-mark, first flying to his left to turn behind McConville's curler and then denying Whalley  from point-blank range with an outstretched boot.

Stanley levelled proceedings on 69 minutes, though, as Whalley's deep cross found McConville, who brought the ball under his spell before firing into the roof of the net.

Leaburn was introduced immediately after to earn his senior debut, becoming the third second-generation Addicks to represent the club at first-team level, following in the footsteps of his father Carl.

Garner introduced Charlie Kirk and Payne, who made his Addicks bow, on 86 minutes and Payne made soon made his impact felt, delivering a pinpoint centre for Leaburn who nodded home from close range in stoppage time. 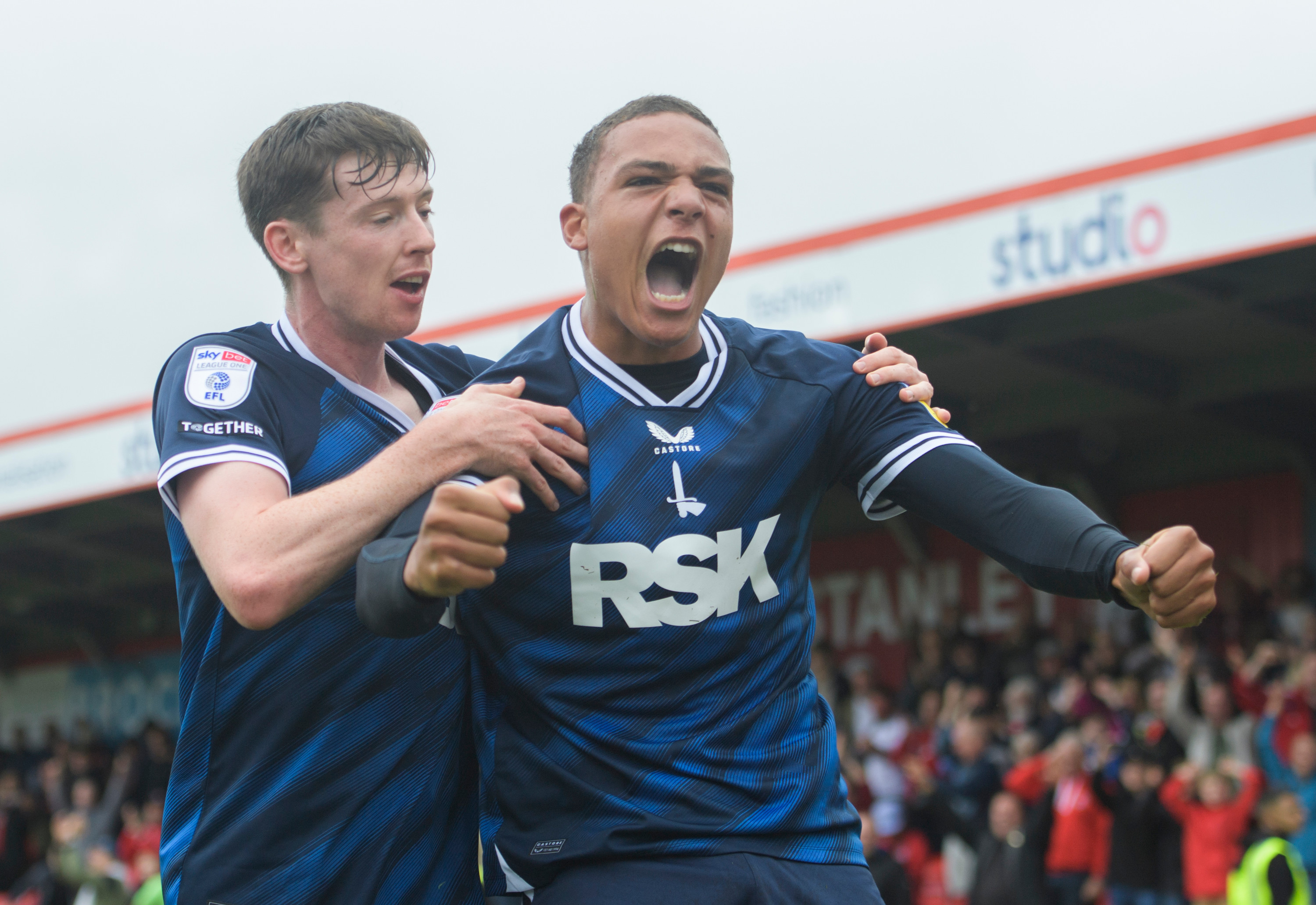 The Addicks were to be denied maximum points at the very death in agonising fashion, as substitute Adedoyin converted Clark's cross to earn the hosts a draw.