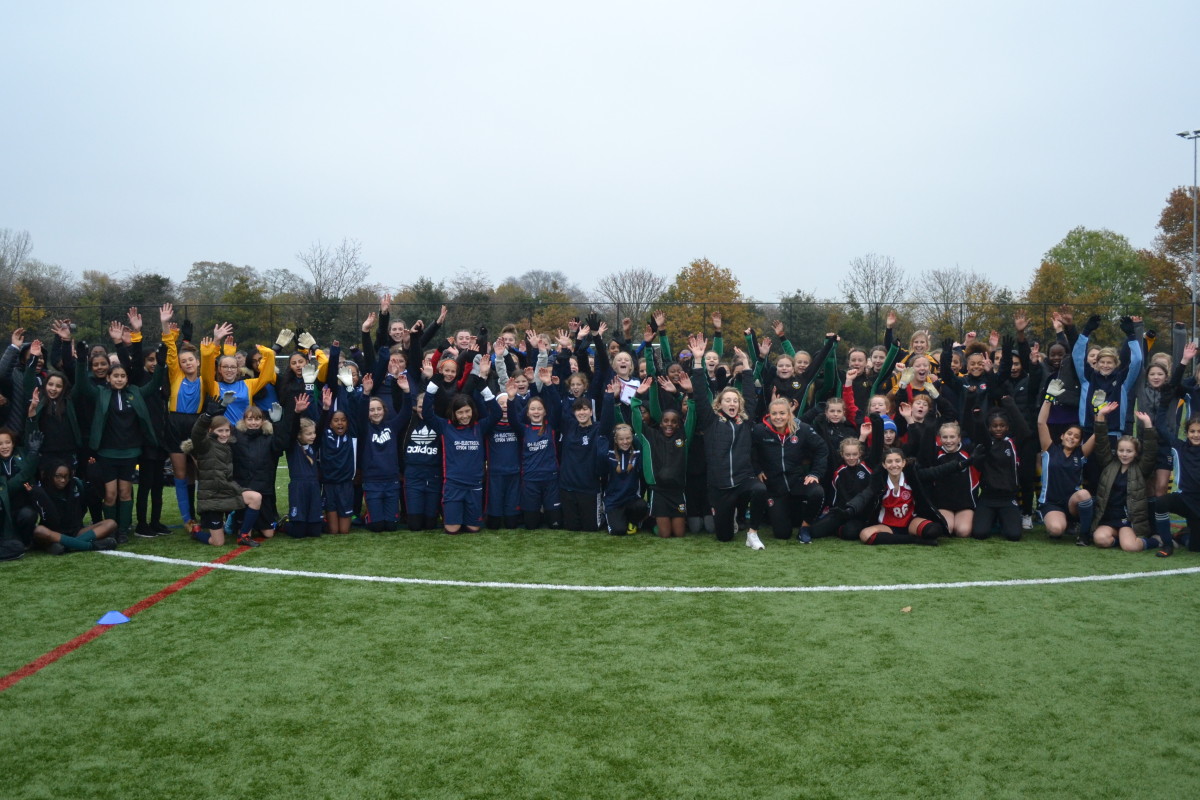 In the lead up to the tournament, Jenna visited a number of the schools taking part to wish the participants good luck and give them advice ahead of the competition.

Speaking about appearing at the tournament, Jenna said:

"I think it's really good that they have someone that they can look up to. Just to meet them, tell them about what it's like to play at this level and put a face to a name that they might have seen or might want to aspire to be like."

On the day of the tournament, all three players enjoyed Q&As with the participants and watched some of the matches. Mayfield Grammar School emerged as winners, beating Bullers Wood School on penalties in the final.

On Thursday 28 November, 27 teams and more than 300 participants took part in the EFL Kids Cup.

Charlton midfielder Jonny Williams supported the event on the day, posing for photographs with participants and handing out medals to runners-up Sherwood Park School, as well as presenting the trophy to winners Dulverton School.

Speaking on the day, Jonny said:

"It's important clubs continue to put on events like this. It gives them [the participants] a sense of belief that they can achieve what you dream of as a kid wanting to be a professional footballer.

"It's important for us in our role to come and support these things and show an interest in it. I'm sure that they'll remember it for the rest of their lives."

The winners of the tournaments will represent CACT at the next stage of the competition, in the regional finals. They will come up against teams who are representing other community trusts in the South of England.

Both tournaments were sponsored by Utilita.