Addicks fall to first defeat of the season 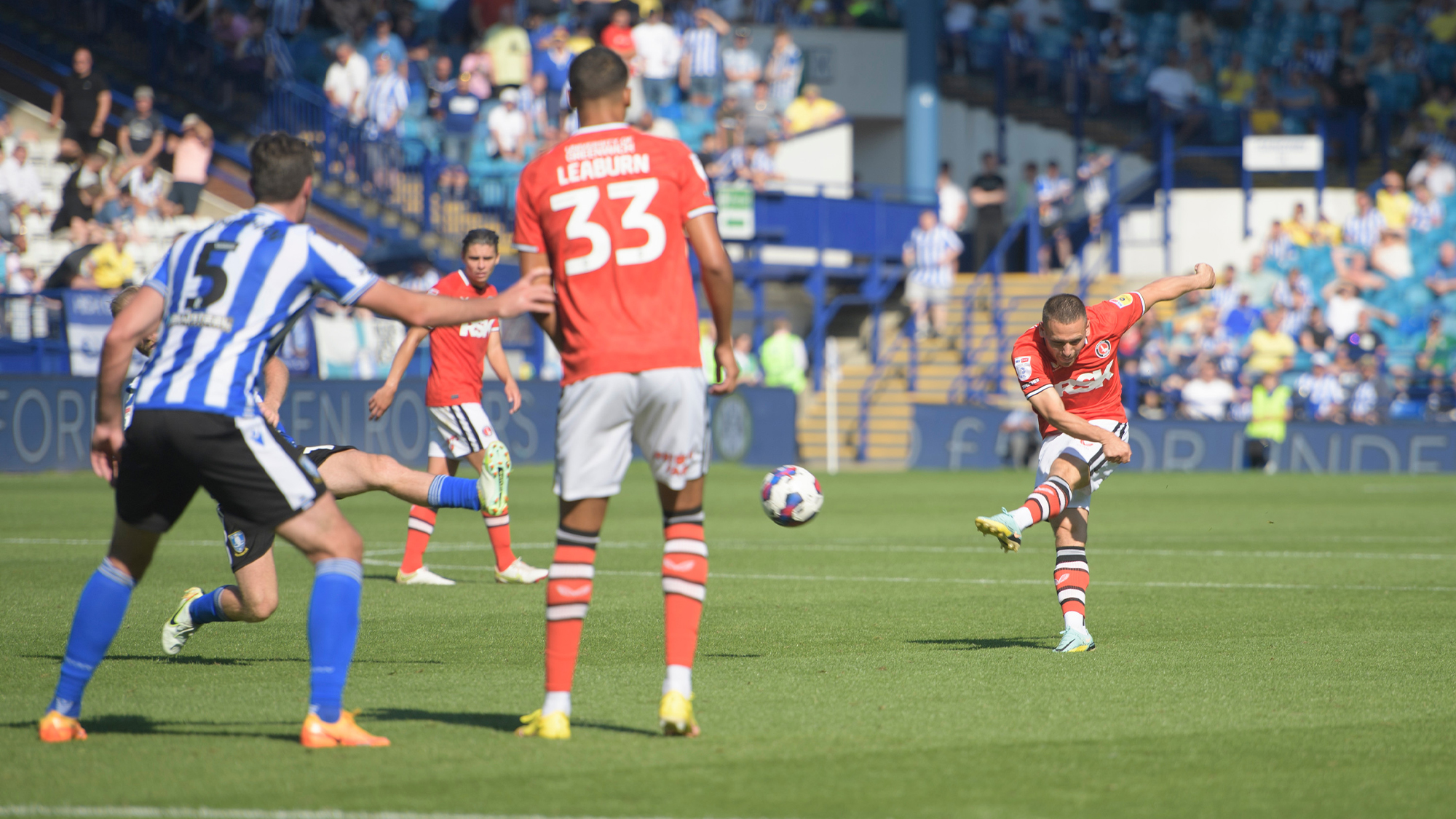 Charlton suffered their first defeat of the 2022/23 campaign on Saturday afternoon as Sheffield Wednesday ran out 1-0 victors at Hillsborough.

The Addicks dominated the game for large portions but substitute Tyreeq Bakinson's late header proved to be the difference in south Yorkshire.

Ben Garner made one change from the Addicks' last league outing, restoring George Dobson to the heart of his three-man midfield.

Dazzling feet from Charlie Kirk allowed the winger to feed Scott Fraser in a promising, though the midfielder's first-time curler flew over Stockdale's crossbar.

Moments later, Sessegnon danced his way past a succession of Owls defenders to administer a shooting opportunity, but the Fulham loanee lashed a venomous effort over on the angle.

Morgan's slide rule pass prompted a mix-up between the hosts' central defenders and goalkeeper, though Liam Palmer recovered to hack Corey Blackett-Taylor's shot off the line and spare Stockdale's blushes.

That prompted a Charlton counter-attack, kickstarted by Dobson who fed the advancing Blackett-Taylor down the right channel, though the winger dragged his angled effort wide of the far post.

Blackett-Taylor soon threatened again, this time seeing his left-footed effort saved by Stockdale at the stopper's near post.

Wednesday boss Darren Moore made a triple substitution shortly before the hour-mark, while Garner introduced Miles Leaburn and Jack Payne.

Payne made an immediate impact, sending a low drive whistling past Stockdale's left upright from range less than a minute after emerging from the bench.

Despite the Addicks' dominance, the hosts broke the deadlock nine minutes from time through Bakinson, who headed home Windass' cross to earn the Owls three points.