Addicks fight back for away point at Fleetwood Town 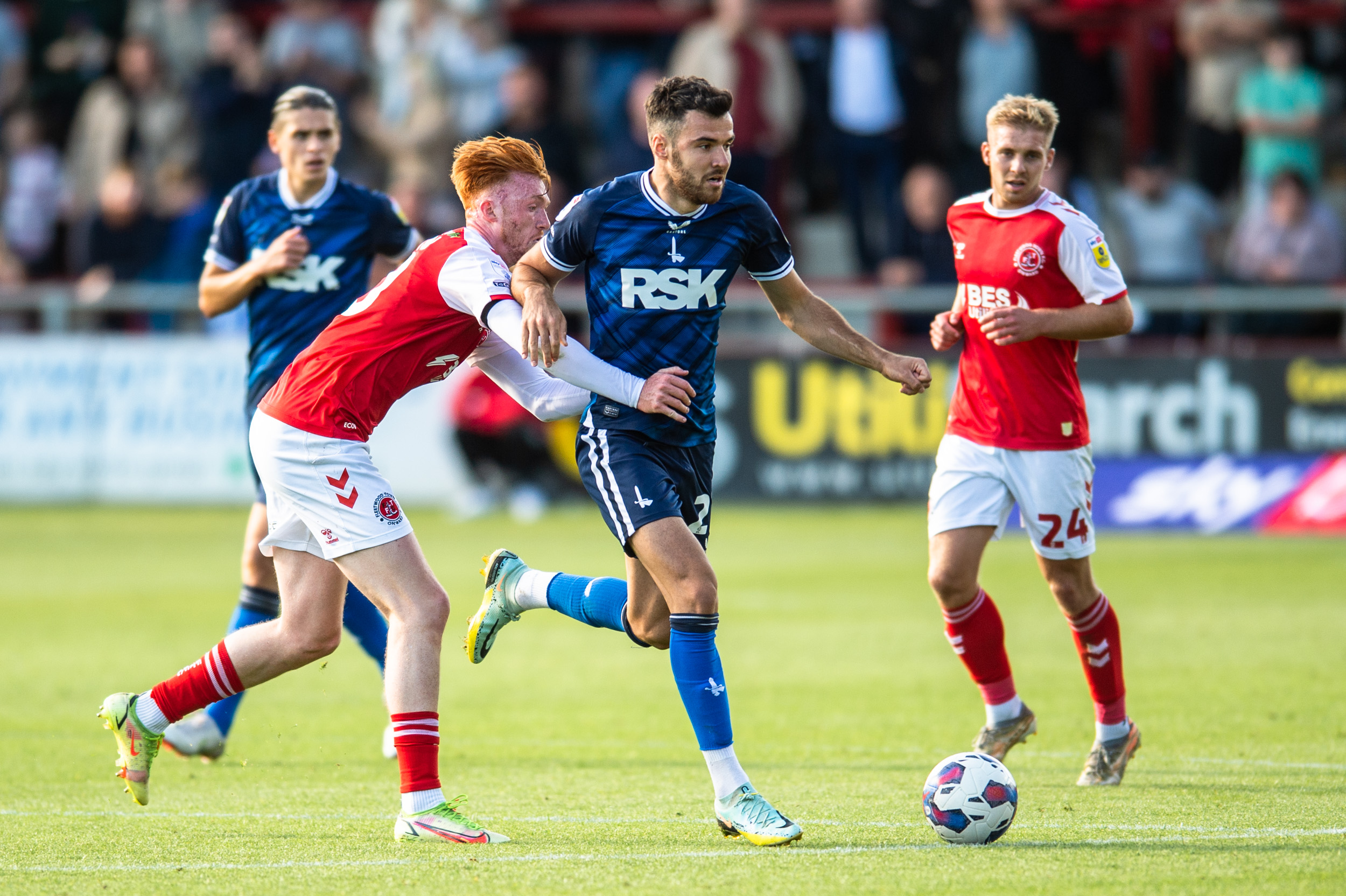 The Addicks battled from behind to secure an away point at Fleetwood Town thanks to a second half goal from Miles Leaburn.

After a lacklustre first half, Charlton changed their shape and responded very well in the second to earn the point.

The goal, a wonderful deft flick, was Leaburn’s fourth of the season and came just three minutes after the 18-year-old had come off the substitutes bench.

For the first time this season, the Addicks began the game in a 3-5-2 formation with Corey Blackett-Taylor and Charles Clayden operating in the wing back roles with Jes Rak-Sakyi partnering Jayden Stockley up front.

Fleetwood came out pressing high, not allowing the Addicks' midfield to get into the game and created the first chance when Lewis Warrington whipped a shot over the bar follwoing a short corner routine.

The Addicks could have taken the lead in the 15th minute when Clayden got to the byline and pulled a ball back to Rak-Sakyi in space who blasted a shot over the bar from close range.

Fleetwood did take a deserved lead on the half-hour mark, winning the ball back high up the pitch and Callum Morton arrived at the back post to power home.

Admiral Muskwe then turned well in the box and hit a shot over as the Cod Army chased a second before the break.

The Addicks brought on Mandela Egbo for his Charlton debut at half-time and moved to a 4-3-3 formation with Blackett-Taylor moving from right wing back to the left wing and Rak-Sakyi heading to the right wing.

The change nearly paid immediate dividends, with Rak-Sakyi creating space well on the right and finding Jack Payne, who fed Blackett-Taylor. The winger bore down on goal and saw his powerful left-footed shot bounce back off the crossbar.

Egbo struck the woodwork 10 minutes later with a deep cross, as Charlton continued to look for a goal and then saw a left-footed shot smartly saved by Jay Lynch in the Fleetwood goal.

While the Charlton pressure was increasing, the home side were still creating chances with a rifled Morton shot, from just outside the area, going wide of the Charlton post.

Chasing the equaliser, Charlton moved to a 4-4-2, with Leaburn coming off the bench to join Jayden Stockley in a front two.

It took Leaburn three minutes to find the equaliser, with a clever flick from close range to finish a pulled-back cross from Rak-Sakyi.

Both sides looked for a winner with two big, late chances for Rak-Sakyi but neither side were able to find the net.