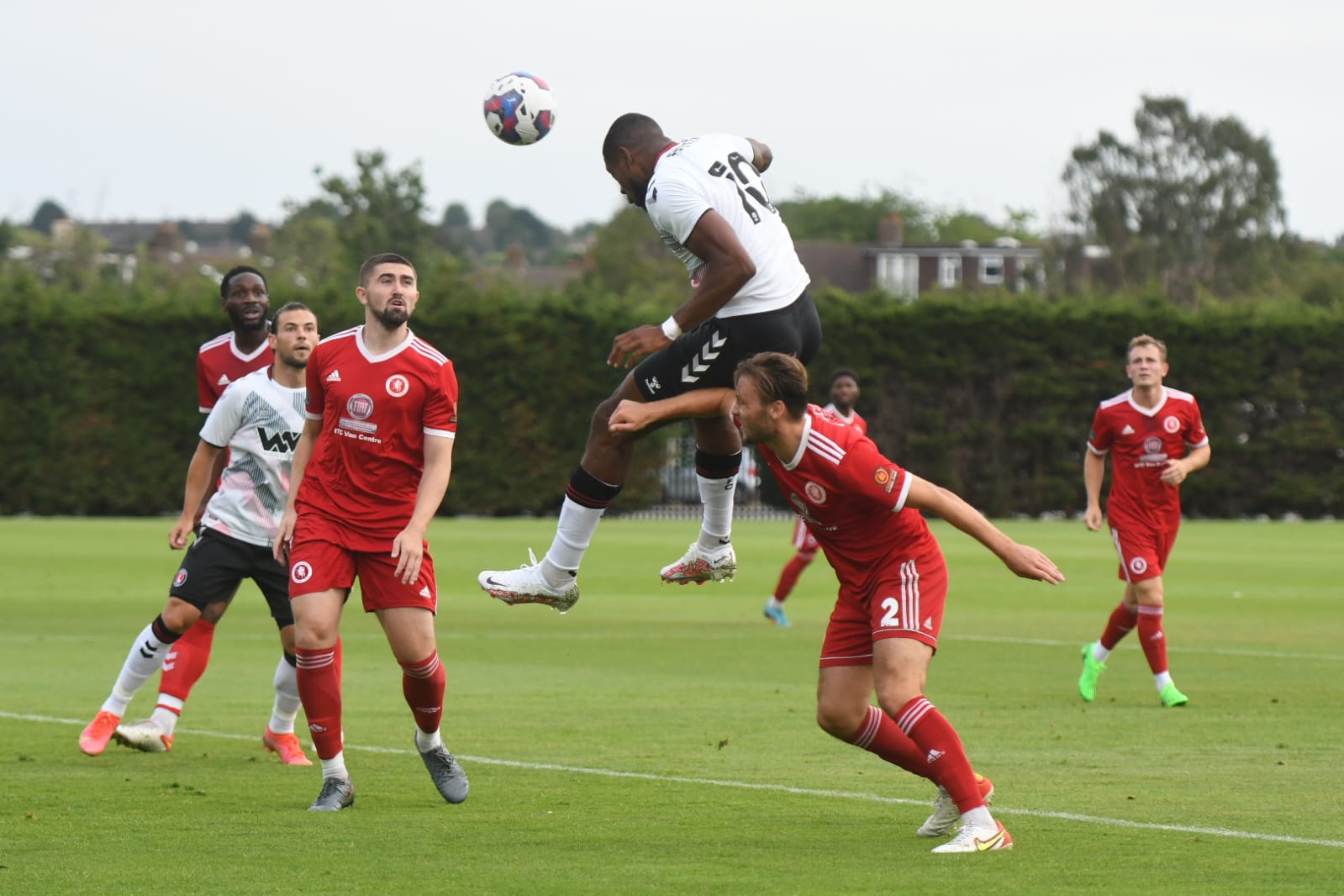 Charlton kicked off a double-header of pre-season friendlies with a 3-0 victory over Welling United behind closed doors at Sparrows Lane on Friday evening.

Ben Garner named a starting XI of first-teamers for the training ground fixture, with another set of senior personnel set to take on Swansea City at The Valley on Saturday afternoon, and three quickfire goals were enough for the first set of Addicks as a vital 90 minutes were pumped into the legs of the majority of players.

The Addicks created a number of decent openings in the first half hour, with Chuks Aneke heading just over, before Diallang Jaiyesimi slammed a good effort inches over the bar, while Alex Gilbey came closer still by rattling the crossbar with a first-time effort from Jaiyesimi’s low cross.

Charlton were worthy of a lead and they finally got it early in the second half. Jake Forster-Caskey fed Gilbey into the box and the midfielder finished confidently.

With that, the floodgates opened with Ben Garner’s men netting twice more in as many minutes.

Gilbey added his brace with a fine strike from distance which swerved past Prince Adegoke on 51 minutes, before some industrious work from Charles Clayden on the left laid the ball on a plate for Jaiyesimi to finish at the far post for 3-0.

The hosts hit the woodwork for a second time with Forster-Caskey striking the post shortly after as the Addicks continued to shift up the gears and Charlton would cruise to the final whistle with the only disappointment coming when Aneke was forced to withdraw on 66 minutes.

Attention now turns to the Swans in SE7 on Saturday afternoon as the Addicks round off their pre-season campaign at The Valley.