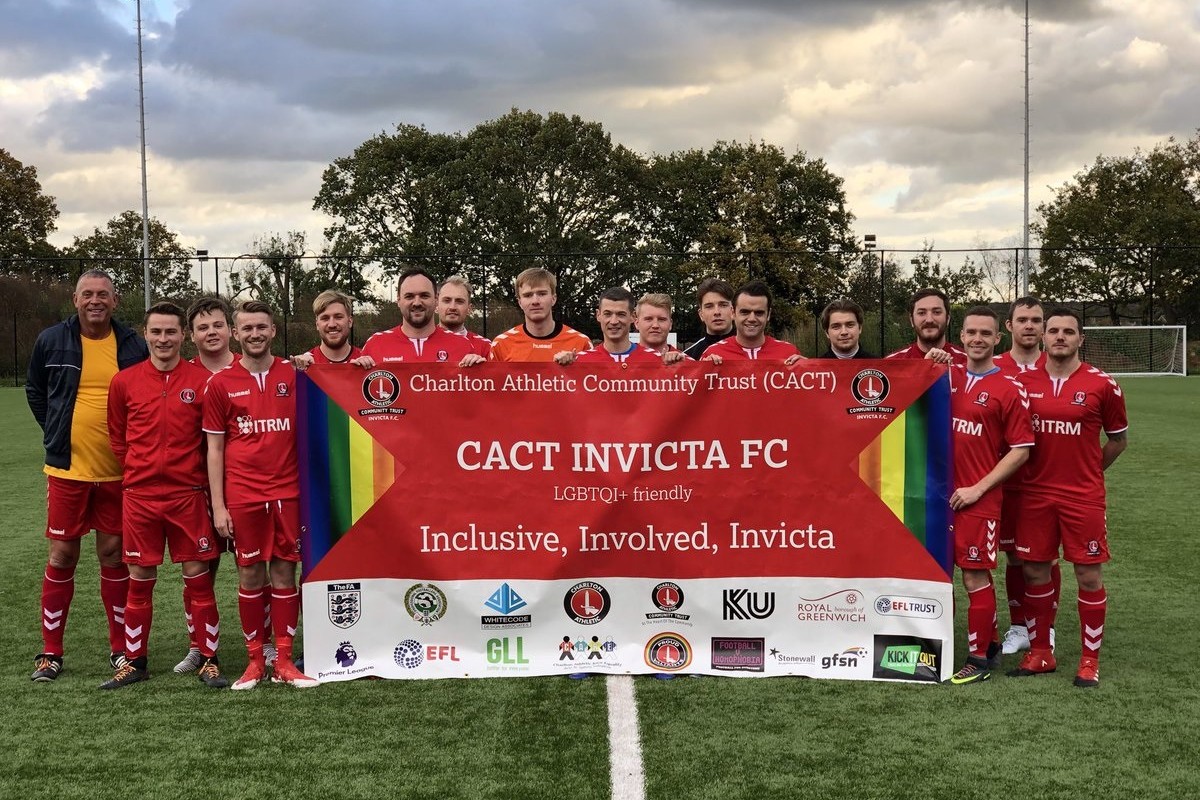 In a progressive stride towards inclusion in football, the Amateur Football Alliance (AFA) has affiliated to the London Unity League, which LGBTQI+ friendly team CACT (Charlton Athletic Community Trust) Invicta FC compete in.

The AFA is the first County FA to link up with the London Unity League.

CACT Invicta will be looking to retain their London Unity League title in 2018/19 after a highly successful first campaign affiliated to CACT, being crowned champions and losing just once all season. They are the first LGBTQI+ friendly team affiliated to a professional club’s community trust.

The squad have returned to Charlton Athletic’s Sparrows Lane training ground for pre-season training and made some positive additions. Following the Pride in London parade on Saturday 7 July, seven new members, including two from Brazil and Poland, joined the team, managed by Gary Ginnaw.

“It is great to see the Amateur Football Alliance is taking such a progressive step by affiliating to the London Unity League. The FA and the FA Inclusion Advisory Board are working towards making the game more inclusive; our game is constantly evolving and we are making huge strides. This affiliation is sending out yet another significant message – football is for everyone.”

The Charlton family’s involvement in Pride in London attracted more than 75 people, including students from the University of Greenwich, young people from Woolwich Common Youth Hub, CACT staff members and Charlton fans, with a minibus being professionally designed for the event.

“Since the affiliation of CACT Invicta FC last year, we have worked tirelessly on raising awareness and understanding of a range of LGBTQI+ issues. As part of this strategy, we were very proud to be one of the first professional football club trusts to take part in this year’s Pride in London parade, with over 75 representatives of the Charlton family taking part.