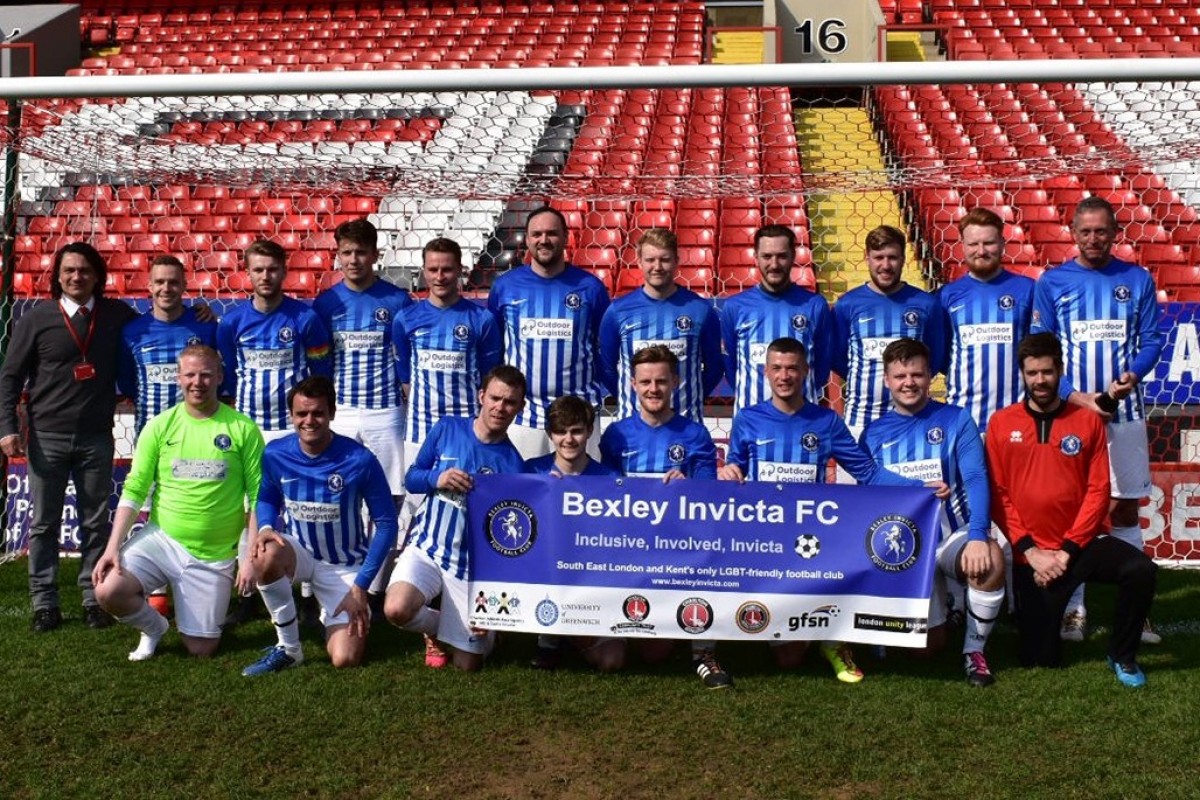 Charlton Athletic Community Trust (CACT) and the Charlton Athletic Race and Equality Partnership (CARE) have been supporting one of the few LGBTQI+ friendly  football clubs in the area as part of the ongoing programme to promote equality and tackle discrimination.

Dr Michael Seeraj, Head of Equality, Diversity and Inclusion at CACT and CARE said: “Following the inaugural Charlton v Homophobia football tournament held at The Valley in May 2016, we were delighted to formally announce our partnership with Bexley Invicta Football Club (BIFC).”

“It has been an incredible year, with Bexley Invicta having their best season ever, as Gary highlights below; alongside the high profile campaigns to tackle homophobia – we hope the partnership grows from strength to strength”

Gary Ginnaw, BIFC Player/Manager reflects on a successful 2016/17 season, both on and off the pitch:

It is a year since BIFC, CACT and CARE formally announced their football partnership. Much excitement was in the air on 5th July 2016 when BIFC held their first ever weekly training session at the Charlton Athletic FC Training Ground; the support was overwhelming and it was clear that BIFC had lots to look forward to and was moving in the right direction.

Over the following months numbers grew and BIFC recruited around 12 new players, and now average 20 players at training every week. After finishing the 2015/16 season with five league wins in the last seven league games, new training facilities at Sparrows Lane and the influx of players joining the squad, there was great optimism around BIFC – and rightly so!

I would like to go on record and give my thanks to all the players for their continued hard work. The form since November has been unbelievable. A run of seven successive wins and only one defeat in the last nine games is fantastic!

This has been BIFC’s best season since formation in 2011, and a fourth place league finish is very satisfying. BIFC has set no fewer than eight new club records during this season. It’s been great to be part of something special.

There is no doubt that the link up with CACT and CARE has had a fundamental impact on BIFC and the season as a whole. Special thanks have to be given to the both for the continued support in what has been a landmark season for BIFC.

I was also keen that BIFC showed its commitment to CACT's wider programme by taking part in the Upbeats Walk on 8 April 2017 raising £1,000 and playing a series of friendly matches against Charlton Athletic Deaf FC.

The BIFC players cannot wait to get going again in pre-season and the 2017/18 campaign promises to be even better than this season – with the support of CACT and CARE there is real optimism that we could be challenging for the league title in 12 months’ time, and set even more club records!