Blood Pressure - Be Sure Roadshow 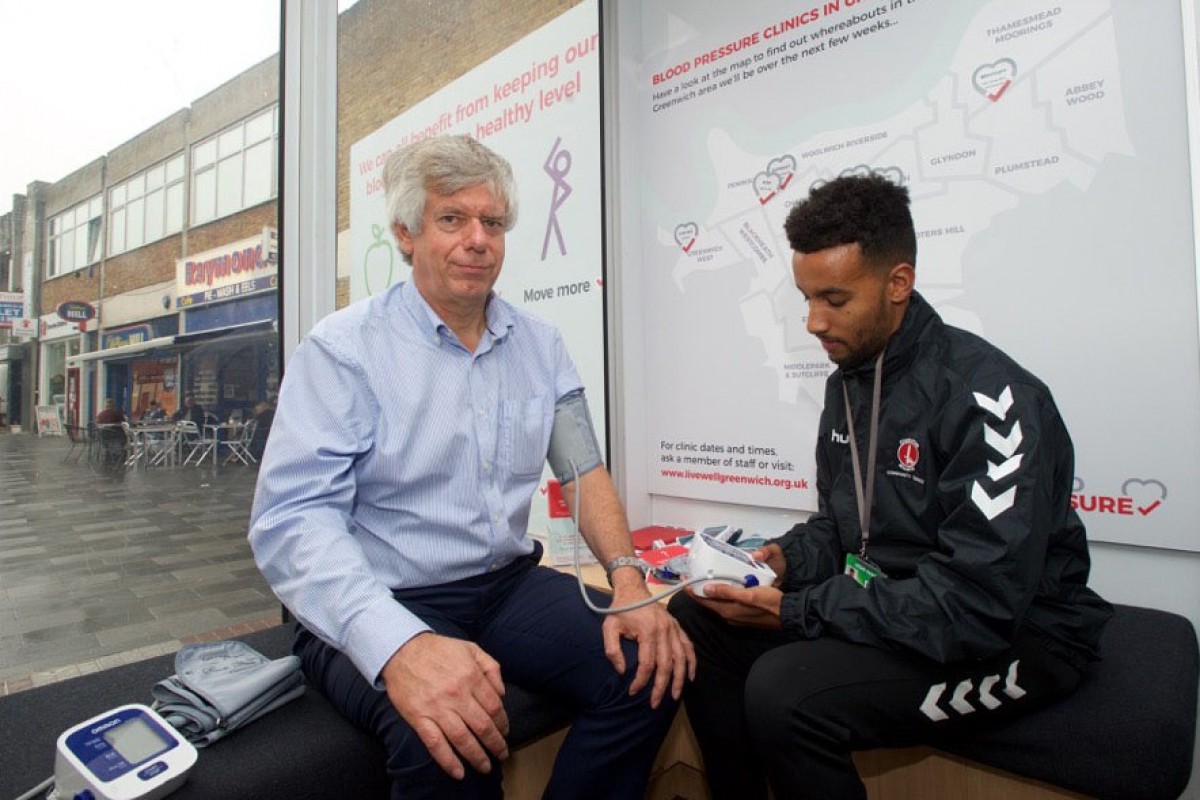 Charlton Athletic Community Trust (CACT) is running the Blood Pressure - Be Sure roadshow throughout November.

High blood pressure puts strain on blood vessels, heart and other organs such as kidneys, eyes and brain. Having persistent high blood pressure can increase the risk of developing potentially life-threatening conditions like heart failure, strokes, kidney disease and vascular dementia, so it's really important to have it checked.

CACT is in the middle of delivering a seven-week roadshow, visiting various popular venues around the Borough, offering residents free blood pressure checks and healthy lifestyle advice and support at keeping blood pressure at a healthy level.

Residents of Royal Borough of Greenwich over the age of 18 can pop into the health bus to quickly and easily find out their blood pressure from CACT's trained staff.

The Blood Pressure - Be Sure roadshow was launched on Tuesday 17 October and runs until Saturday 2 December. The locations are as follows: