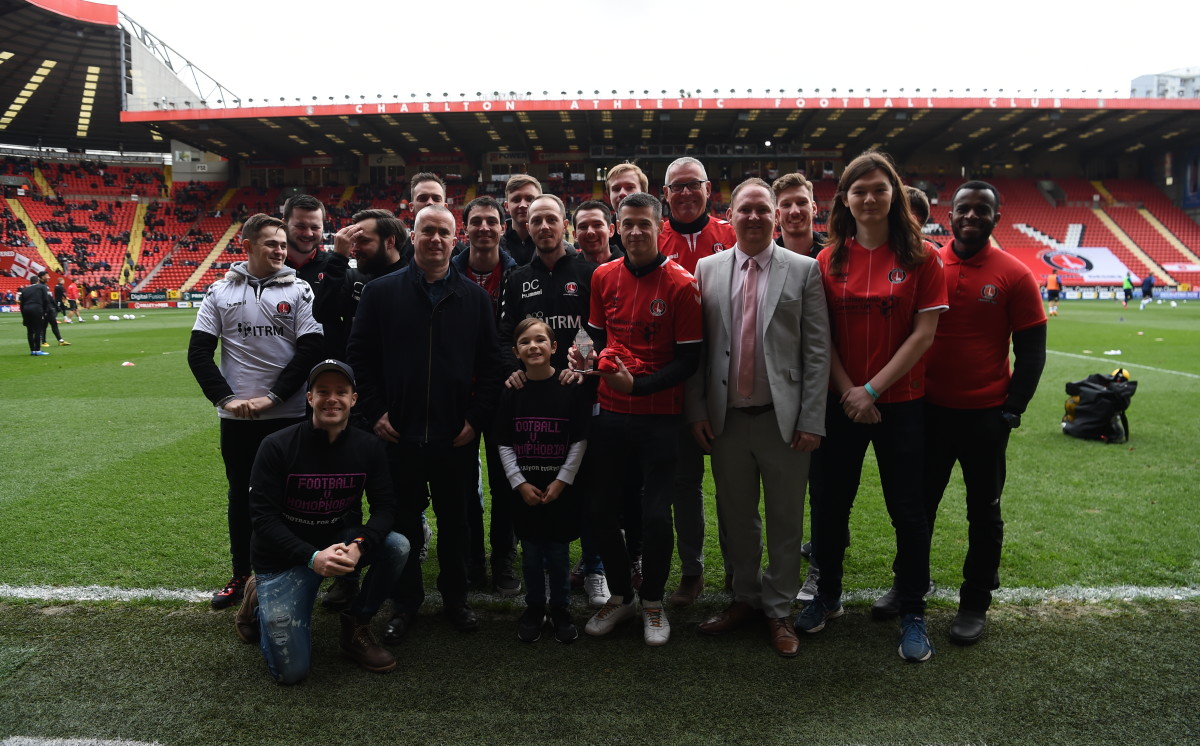 A number of activities took place on Saturday, as Invicta were presented with their award pitchside by Cllr Danny Thorpe, Leader of the Royal Borough of Greenwich, and representatives from Football v Homophobia.

Cllr Thorpe and former Charlton Academy graduate Osei Sankofa also presented the Fans For Diversity Award to Proud Valiants ahead of the game.

Ahead of kick-off, London’s LGBT Community Choir, The Pink Singers, sang a number of songs including a rousing rendition of Valley Floyd Road.

A half-time penalty shootout competition took place with representatives from the teams that participated in last year’s Charlton v Homophobia tournament, and a post-match reception hosted in the Vista Lounge.

Representatives from the English Football League (EFL), the FA and the Football v Homophobia campaign also spoke at the reception.

“Allowing and creating an environment at the Club where people can come who aren’t necessarily who people associate football fans to be, and actually enjoy themselves – and a great day out – is clearly part of what we want to keep going and help to create.

“CACT has been the very best of Charlton throughout the whole of our experience as a Council.”

“It was an incredible day. It really is a testament to Rob, Bhav and Gary from our very own LGBTQI+ fans group, the Proud Valiants. And their commitment to raising awareness and understanding of LGBTQI+ issues that drives the day.

“The support from both the Club and the Council has been invaluable too.”