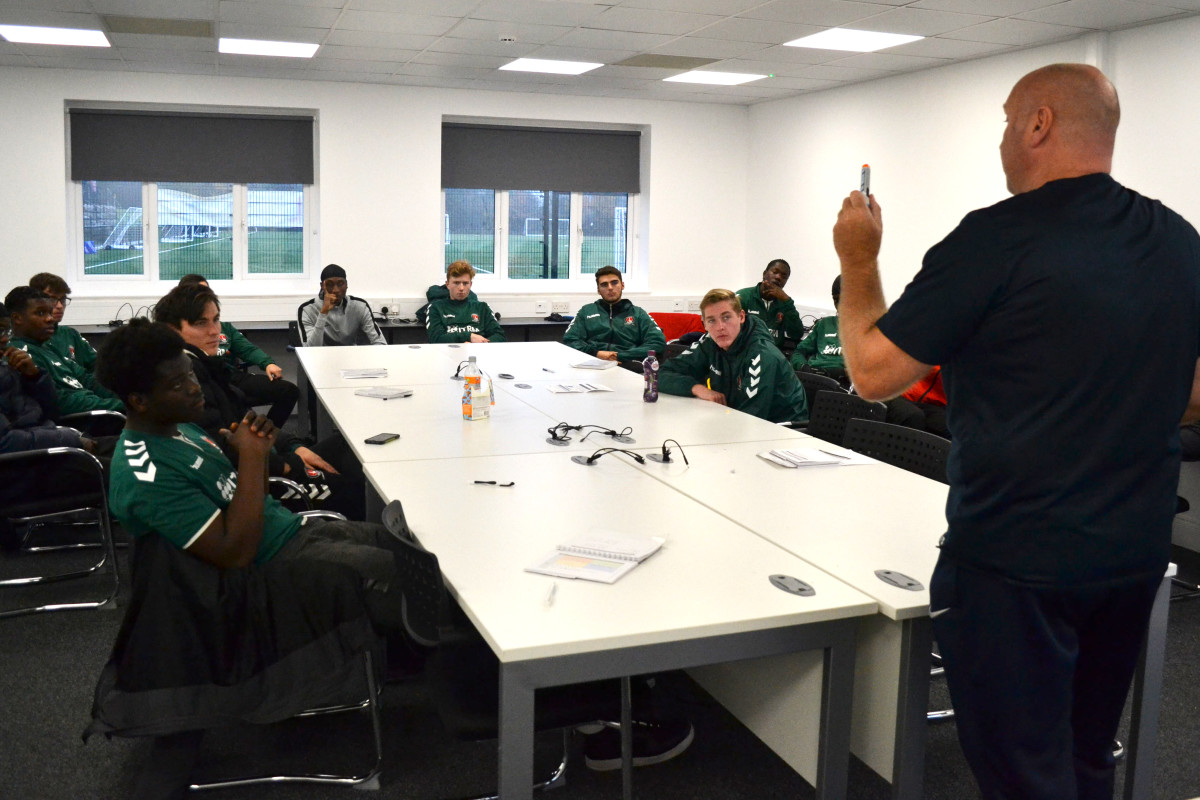 SCL, who are the leading providers of education through sport, will continue to deliver CACT’s education programme for 16-18-year-olds as the two organisations look to improve and create pathways for the next generation.

CACT teamed up with SCL in 2016 to provide students with a first-class study programme, which sees them gaining academic qualifications alongside their passion for playing football.

Thanks to SCL’s dedicated and professional tutors, curriculum managers, quality assessors and operations support, players will continue to study a variety of nationally recognised qualifications within sport, coaching and fitness.

Where required, students can also study maths and English GCSE during the two-year programme.

“We’ve been working with CACT in many different ways for more than 10 years and I’m delighted to see the two organisations working together for a further two years.

“Charlton Athletic have a fantastic reputation in relation to their work in the community and we are proud to be partnered with them as we strive to help students realise their potential.

“Not only does the programme enable students to pursue a career in sport both on and off the pitch, it also provides youngsters with the chance to gain employment in other industries, which we are very proud of.”

Charlton continue to go from strength-to-strength both on and off the pitch, having recently secured promotion to the Championship, while delivering high quality programmes which have a lasting impact on the community.

Gearing up for life in English football’s second tier, the ambitious club, who also participate in SCL’s flagship Development League, strives to empower communities and change lives, with an emphasis on engagement, inclusion, equality, trust, respect and passion.

“We have really enjoyed working with SCL and it is clear to see the impact that they have had on our study programme. There is a lot of synergy between our values and SCL’s values and we are looking forward to building on the good work that has been done to date.”

Established in 1992 through a partnership with Charlton Athletic and the Professional Footballers’ Association (PFA), CACT has grown in stature with a series of ground-breaking milestones.

In 2007, Republic of Ireland midfielder Harry Arter became the first player to reach Charlton’s first team via the club’s Community Trust programme. During its 27-year history, CACT has seen 26 players pen professional forms as well as been named Football League Community Club of the Year in 2009, 2013 and 2016.

To find out more about the programme CACT run with SCL or if you know someone aged 16-18-years-old who would like to apply for the programme, click here.