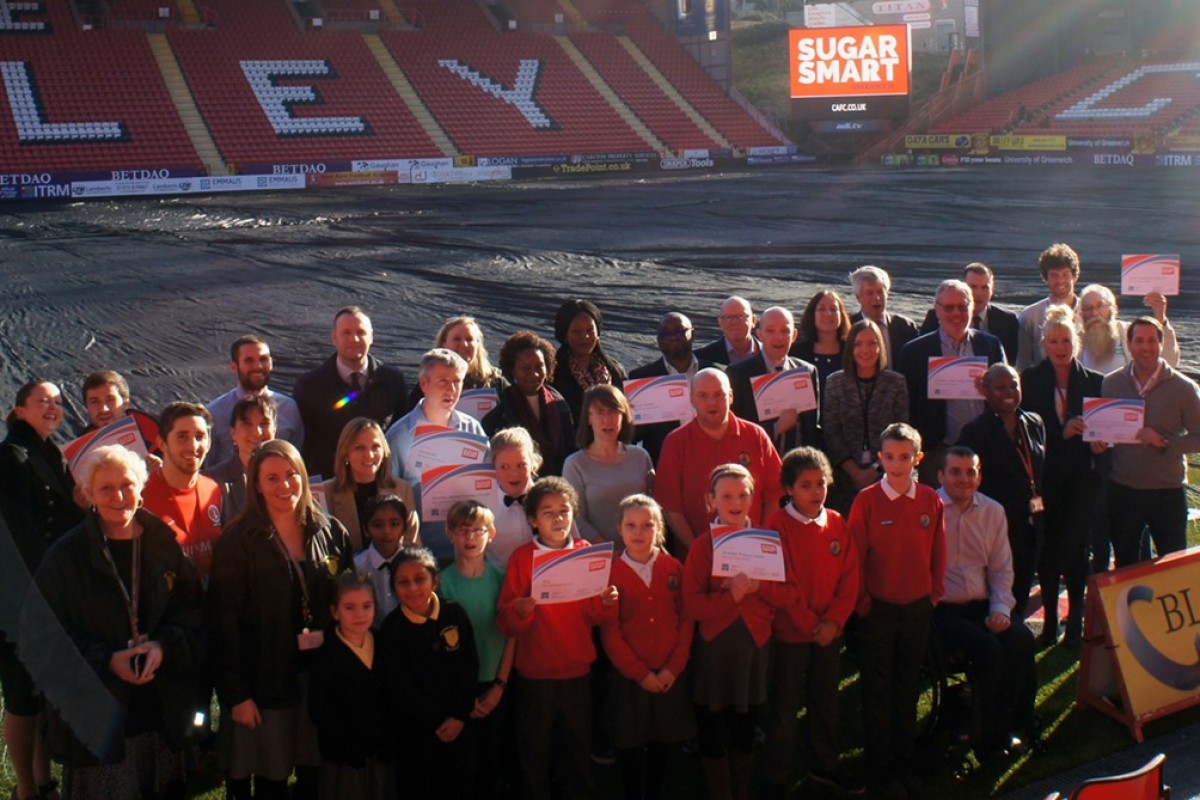 Charlton Athletic Community Trust (CACT), Delaware North and Charlton Athletic FC have joined schools across the Royal Borough of Greenwich in going Sugar Smart in introducing a levy on sugary drinks at The Valley.

Introduced in partnership, Delaware North have led on the introduction of a levy of 10p per 500ml applied to soft drinks. After tax, 8p will go to support CACT’s health improvement work.

In this year’s Budget, the Government announced plans for a sugar tax of 18p per litre for drinks which have more than five grams of sugar in per 100ml, and 24p per litre for drinks with eight grams or more. The club officially launched its own levy on 25 July ahead of the pre-season friendly against Norwich City.

Launched by Jamie Oliver, Sugar Smart is a grassroots campaign which aims to address the overconsumption of sugar and raise awareness about its dangers.

All drinks at CACT events are sugar-free, and CACT also runs healthy eating workshops in youth clubs and sells fruit in tuck shops.

Excessive sugar consumption can not only cause tooth decay, but also obesity and type 2 Diabetes. 40% of children in Royal Greenwich are overweight or obese by the age of 11, and CACT is determined to work with the club and Delaware North to keep the figure as low as possible.

“It’s great to have the club and Delaware North joining us in going sugar smart.

“Increasing evidence in recent years has shown just how significant the risks posed by excessive sugar consumption are. Our staff work hard to spread awareness and encourage healthy lifestyles across the Borough, and will continue to do so over coming years.”

Click here to read more about Sugar Smart in the Royal Greenwich.