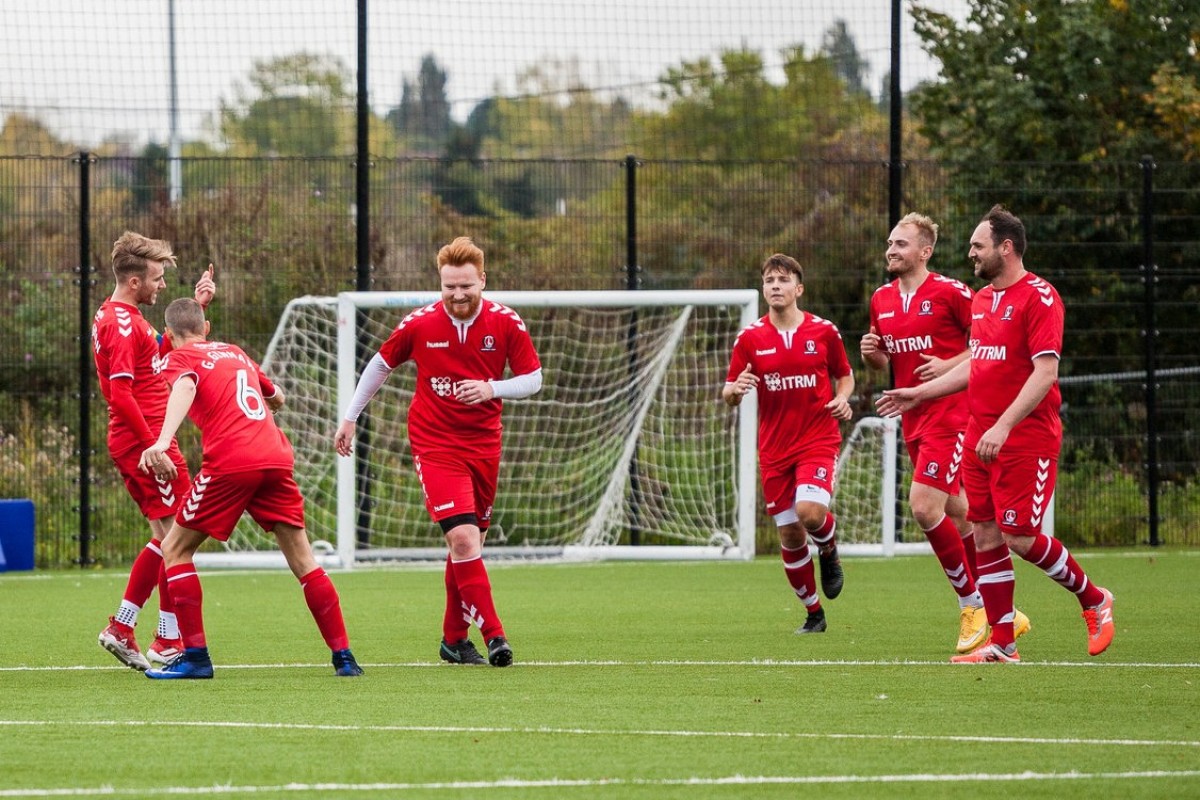 CACT Invicta FC (CIFC) followed up an opening-day draw against champions London Falcons with a 4-0 home win against Titans 2 Brewers.

CIFC formally joined CACT in August, becoming one of many community-based teams at Sparrows Lane, in line with CACT’s mission and values and the community ethos of the club.

The new arrangements with CIFC will provide structured playing opportunities to members of the LGBTQI+ community, as well as supporting wider CACT initiatives specifically designed to tackle discrimination and promote equality.

It was important to follow up last week’s 3-3 draw away from home with another good result, and more than 50 people watched CIFC beat the Brewers this time out.

A brace from man of the match Dan Goodwin helped CIFC ease to victory, going in at half-time 3-0 up and standing firm at the back to secure a clean sheet.

Starting at left wing-back, captain Ross Houghton smashed home after cutting inside onto his right foot, while Jamie Beckett grabbed an assist from the opposite flank.

It could have been more. Brewers’ keeper was in fine form to restrict CIFC to four goals, their 3-5-2 formation overwhelming their opponents throughout.

CIFC are now fourth in the London Unity League, with games in hand on all the sides above them.

“Obviously it was quite an exciting day for us because it was the first home game as CACT Invicta FC and the first time in the new red kit.

“It’s definitely good to get the first win of the season under our belt and we can’t wait for the next game”, he added.

“Following the launch of CACT Invicta FC in August, we are delighted that in their very first home game played formally as CIFC, they had a resounding 4-0 win in their new CACT kit.

“We hope that this is just the beginning of greater things!”

CIFC are a key part of CACT’s wider Equality, Diversity and Inclusion programme. They are next in action against AFC Lessa Christchurch on Sunday 15 October.